Tennis: Wawrinka still has the "fire", Cornet extinguished in Rome

Swiss veteran Stan Wawrinka assured that he still had the "fire" in him, after his victory on Monday in the 1st round of the Masters 1000 in Rome, his first for fifteen months and his long absence to treat… 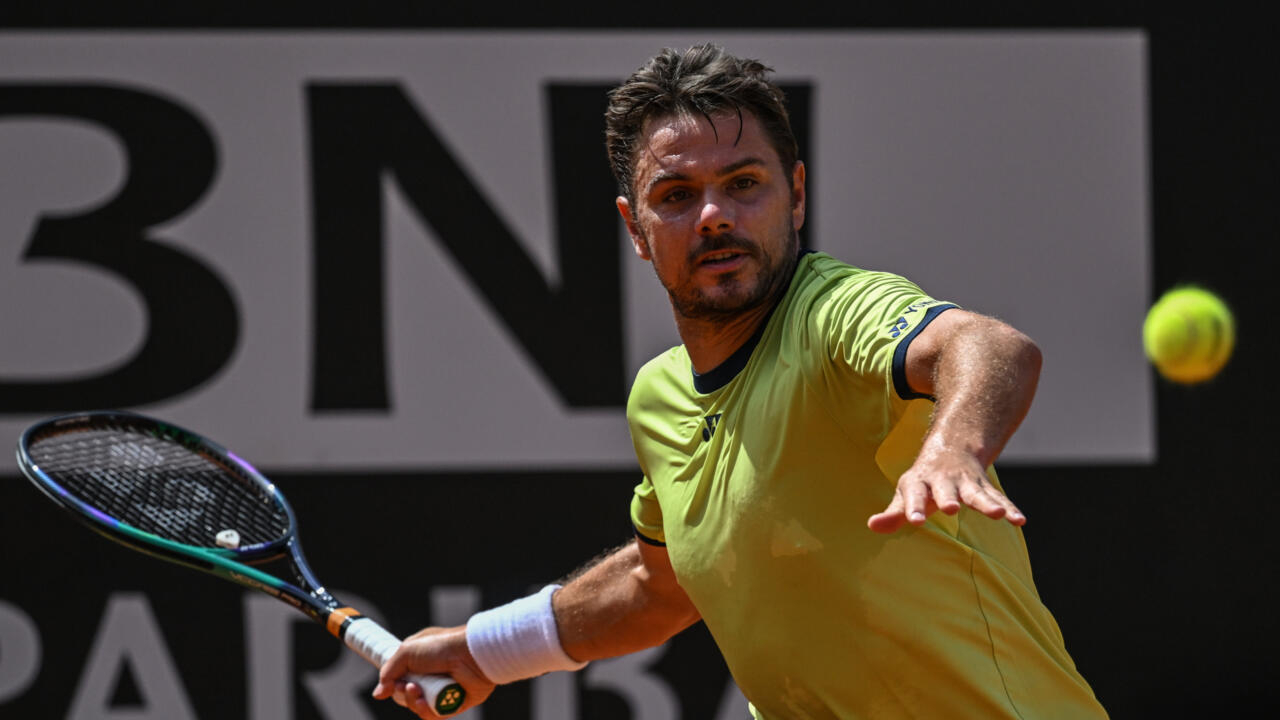 Alizé Cornet, the only French representative in the main men's and women's singles draws, was however extinguished in the first round by the former Roland-Garros winner Simona Halep 6-4, 6-4.

Defeated at the start of his first two tournaments of the year, in Marbella (Challenger tournament, secondary circuit) at the end of March then at the Masters 1000 in Monte-Carlo in April, Wawrinka overthrew the American Reilly Opelka (17th in the world) 3 -6, 7-5, 6-2.

"I'm really very happy," smiled the former world No.3 at a press conference, an exercise he hadn't done in the shoes of a winner since his success in the 1st round of the Open. from Australia in February 2021.

"I had been away from tennis for a very long time. I worked a lot to come back, it's really great to finally win a match, to see that things are going better", added the one who now sails beyond 350th in the world.

The three-time Grand Slam winner (Australian Open 2014, Roland-Garros 2015, US Open 2016) had ended his 2021 year after a first-round elimination in Doha in March to treat a left foot injury he dragged since 2019.

"After two operations, at my age, I could easily stop playing. But I still have that fire in me. I still think I can deliver great tennis and can achieve great results, maybe not right away, but in a few months,” he added.

Swiss Stanislas Wawrinka in the 1st round of the Rome tournament on May 9, 2022 at Foro Italico Andreas SOLARO AFP

It is with a big ovation that the central court of Rome greeted this success of the Swiss in 2h05 against the semi-finalist of the last edition.

Led by a set and broken in the middle of the second set, Wawrinka did not lead wide against the big server that is Opelka, seeded N.14.

But he was able to come back by unbreaking in turn to conclude the final set quite easily.

"When you haven't won for over a year, you start to think about it a little more than you should... But I stayed positive and started to feel better and better at from the end of the second set", he explained.

He will meet the Serbian Laslo Djere (58th) in the second round.

Alizé Cornet, here in the Charleston tournament on April 7, 2022, could not pass the first round in Rome MATTHEW STOCKMAN Getty/AFP/Archives

Austrian Dominic Thiem, another returning from the spring after being away from the courts for ten months, following a right wrist injury, will try to do as well.

Opposed to the Italian Fabio Fognini (57th) from 7:00 p.m., the Austrian (162nd) is also still looking for a victory after four losses since his return.

Among the ladies, the tournament lost the Japanese Naomi Osaka, forfeited because she suffered an Achilles tendon, but also the only Frenchwoman involved.

Alizé Cornet (39th in the world) admitted having been too "fickle" to disturb the Romanian Simona Halep (21st), crowned on Roman clay in 2020 and widely supported by the public at the Pietrangeli court.

"I felt that if I played a little better, there was a little room, but I lack a bit of benchmarks, it's not the best time to meet her," added the Frenchwoman, who says "lack of pace".

Less than two weeks before Roland-Garros (May 22-June 5), France has deserted the Roman courts with her in singles.