(Fighting against New Coronary Pneumonia) The Governor of New York State in the United States has increased the number of community cases of new crown infection in Singapore   China News Service, Beijing, May 9. Comprehensive news: According to the latest statistics from Johns Hopkins University in the United States, as of 9:20 on the 9th Beijing time, the cumulative number of confirmed cases of 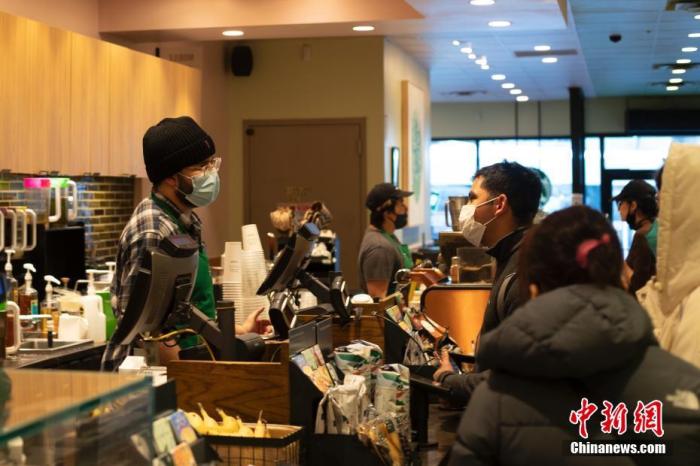 The Associated Press reported on the 8th that New York Governor Kathy Hochul tested positive for the new crown virus that day and will be quarantined at home and work remotely for the next week.

Huo Chu said on his social media that he has been vaccinated against the new crown vaccine and booster, and currently has no symptoms.

Huo Chu is at least the 18th U.S. governor to test positive for the new coronavirus, according to the Associated Press.

Huo Chu's positive test for the new coronavirus comes at a time when the number of cases in New York is rising, the report said.

Much of upstate New York has been in a high-alert orange zone for several weeks.

According to the "Irish Times" (THE IRISH TIMES) report on the 8th, on the 7th and 8th, the number of hospitalizations of new crown patients in Ireland was 281 and 293 respectively, lower than at any time since September last year.

The number of Covid-19 patients hospitalized and admitted to intensive care units in the country is now at its lowest level in eight months.

According to the Greek newspaper "Ekathimerini", as of 9:00 local time on the 8th, there were 3,195 new confirmed cases of new crown in Greece compared with the previous day, and 23 new deaths.

The country's daily increase in cases fell from the previous day, or because fewer tests were conducted over the weekend, the report said.

On the 8th local time, the latest statistics released by the Italian Ministry of Health showed that in the past 24 hours, there were 30,804 new confirmed cases of new coronary pneumonia in the country, with a total of 16,798,998 confirmed cases; 72 new deaths and a total of 164,489 deaths; There are 1,119,914 confirmed cases.

Asia: Singapore has seen an increase in community cases over the past week

According to the "Lianhe Zaobao" report on the 8th, Singapore added 2,423 new confirmed cases of new crowns and 2 new deaths that day.

The weekly growth rate of community cases climbed further to 1.01 from 0.96 the previous day, the first time it was above 1 in half a month, indicating an increase in community cases over the past week.

According to the report, as of the 7th, 92% of Singapore's population had completed the basic vaccination program, and 74% had received booster shots.

According to Yonhap News Agency, South Korea’s Central Epidemic Prevention and Control Headquarters reported on the 9th that as of 0:00 that day, South Korea had added 20,601 new confirmed cases of the new crown compared with 0:00 the previous day, with a total of 17,564,999 confirmed cases.

According to the report, the number of new cases in the country in a single day dropped by 19,463 from the previous day, but increased by 525 from a week ago (May 2).

According to the "Sin Chew Daily" report on the 9th, Malaysia added 2,153 new confirmed cases of the new crown on the 8th, breaking through 2,000 cases again after 8 days.

The Australian Broadcasting Corporation reported on the 9th that since Western Australia lifted the mask regulations for almost all indoor places on April 29, the number of hospitalizations of new crown patients in the state has steadily increased, and the number of new cases in a single day has exceeded 10,000 twice.

Medical expert Norman Swan said in an interview with the media that wearing a mask is a cheap and effective way to slow and control the spread of the virus.

All states should maintain mask regulations for some time to come.

There were 10,394 new confirmed cases of new crowns in Western Australia that day, and no new deaths.