Former security chief who oversaw the crackdown on Hong Kong's pro-democracy movement, John Lee, was appointed the city's new leader on Sunday by a... 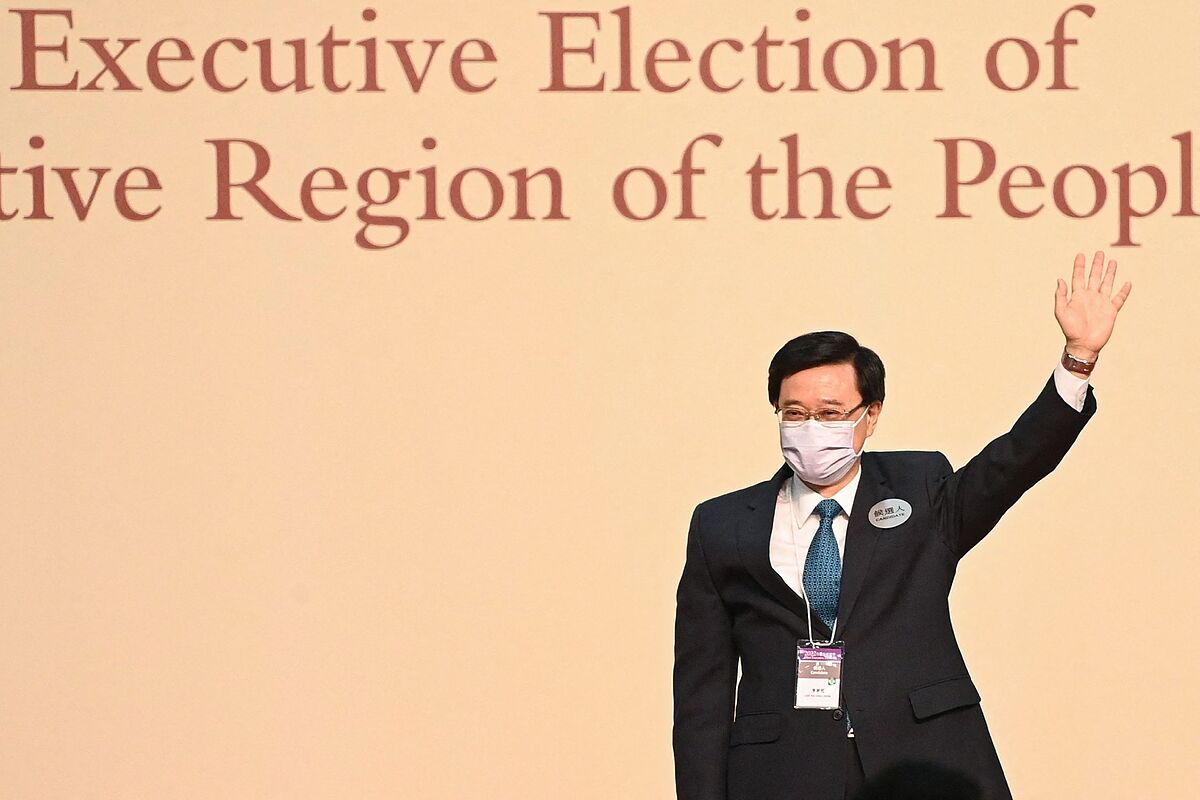 The former security chief who oversaw the

, was appointed the city's new leader by a small committee of

, 64, was the only candidate to succeed

, the outgoing chief executive of the city, a business hub.

government and comes after tumultuous years of a crackdown on the pro-democracy movement and debilitating pandemic controls.

The remaining members did not cast votes.

"I declare that the sole candidate

was chosen in the aforementioned election. Congratulations," Judge

announced after the vote , announcing the result.

The committee, made up of

loyal to Beijing, held the vote on Sunday morning.

Protests have been banned in

and authorities have used a health ban against gatherings of more than four people, as well as a new security law, to prevent them.

Local media reported that the police deployed between 6,000 and 7,000 agents to guarantee security during the process.

, one of the few remaining pro-democracy groups, staged a three-person protest before the election opened, chanting "power to the people, universal suffrage now."

, China has sought to mold

in its own authoritarian image, after the large and sometimes violent pro-democracy protests of 2019.

has imposed a sweeping

aimed at stamping out dissent, along with a "patriots only" political system to ensure that only people loyal to

Insiders say Lee's unwavering commitment to that line enabled him to win China's trust, at a time when other

figures were seen as insufficiently loyal or competent.

"He is a man who has passed the test," Lai Tung-kwok, a former security minister, recently declared.

police force before joining the government, inherits a troubled city.

The pro-democracy movement has been crushed by the security law, while much of the population resents Beijing's rule and complains about entrenched inequality in the city.

also facing economic hardship from two years of tight pandemic restrictions that have left it isolated while the rest of the world reopens.

Under the slogan "Starting a new chapter for

has promised a government focused on results, forging unity and restarting the local economy.

Lee will take office on July 1, the 25th anniversary of

retain some freedoms and autonomy for 50 years after the handover, under the "one country, two systems" principle.

say that this principle remains intact, although their critics and Western powers say that it has already been destroyed.

Lee is one of 11 senior Hong Kong and Beijing officials sanctioned by the United States for political repression.