"Kyiv said to hold on": captured colonels of the Armed Forces of Ukraine - about foreign instructors, promises of leadership and cruelty of "Azov"

Kyiv promised the forces of the Armed Forces of Ukraine in Mariupol the help of the deblocking detachments, but it never came. This was stated in an interview with RT by colonels of the Armed Forces of Ukraine Baranyuk and Kormyankov, who were held captive on the territory of the DPR. They also spoke about the participation of foreign instructors in the training of the Ukrainian military and about the brutal attitude of Azov militants towards civilians. 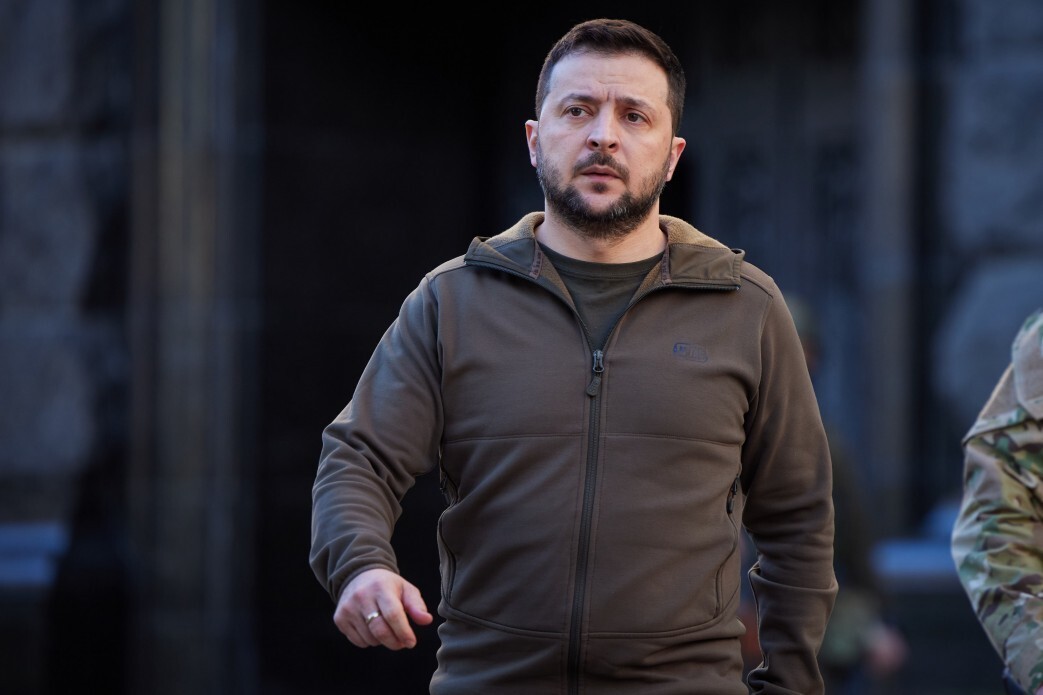 Foreign instructors were engaged in the preparation of the Ukrainian military.

This information was confirmed in an interview with RT by Colonel Vladimir Baranyuk, a Ukrainian military leader, commander of the 36th separate marine brigade since 2021, who has the title of Hero of Ukraine since 2022.

A captive Kyiv serviceman answered in the affirmative to a direct question about the training of the Ukrainian military under the supervision of foreign instructors.

“Yes, there are military missions in Ukraine.

They are generally famous.

Basically, this training concerned tactical training at the level of defensive tactics, up to and including the detachment there.

The process of planning an activity.

And, perhaps, everything, ”said Baranyuk.

At the same time, the captured Ukrainian colonel spoke about the direct participation of foreign mercenaries in hostilities.

According to him, the motives of the foreigners who wanted to fight "were not clear."

As Baranyuk explained, two Britons served in one of the battalions, who themselves explained their participation in the hostilities as “adventure seeking”.

Maybe you are some kind of scouts? .. You can’t earn money somewhere?

They say: “No, we are adventurers,” the soldier said, noting that the foreigners “were not distinguished by anything outstanding.”

Also on russian.rt.com “Not just hooked on fighting”: what is known about British mercenaries who surrendered

On the attitude of Azov militants towards civilians

Colonel Baranyuk during the conversation stated that the nationalist battalion "Azov" had been in Mariupol almost from the moment of its appearance.

“In theory, he should be, well, in normal relations (with the inhabitants of the city. -

),” the captured colonel noted, emphasizing that the “bestial attitude” of the militants towards the civilian population seems surprising to him.

When asked if the nationalists from Azov regarded the civilians of Mariupol as “separatists”, Baranyuk replied that he “cannot say” what this attitude is connected with.

Earlier, civilians in Mariupol have repeatedly noted that the Armed Forces of Ukraine and the militants of the Azov National Battalion used them as a human shield during fierce battles.

In addition, Baranyuk admitted that he fought alongside the nationalists from Azov.

According to him, during the "defense of Mariupol" he was assigned a certain sector of the city.

“Both to my right and to my left were units of the Azov battalion,” he explained.

At the same time, the colonel noted that he participated in the transportation of civilians to the drama theater in Mariupol.

Recall that in mid-March, the Russian Ministry of Defense announced that the Azov militants committed a provocation by blowing up the theater building with civilians inside.

“According to the available reliable data, the militants of the Azov nationalist battalion committed a new bloody provocation by blowing up the theater building mined by them,” the Russian Defense Ministry noted.

Also on russian.rt.com The DPR reported the discovery of the bodies of 11 people during the analysis of the rubble of the drama theater in Mariupol

As the department reported at the time, the refugees who got out of Mariupol said that the militants could hold civilians hostage, using the upper floors as firing points.

Captured Colonel Dmitry Kormyankov, chief of staff of the 36th Marine Brigade of the Armed Forces of Ukraine, also said that he considers the attitude of the Azov people to the civilian population wrong.

“I think this is wrong.

You can’t treat the civilian population like that,” the colonel answered the question about the occupation by the Azov militants of the apartments of elderly people who are not able to hide from return fire.

Civilians of Mariupol have repeatedly told in an interview with RT correspondents about the facts of the use of civilian housing by Azov militants.

In particular, according to eyewitnesses, the nationalists "wrung out apartments", using the premises as firing points.

According to Kormyankov, the civilian population "should not suffer" from the actions of the nationalists.

“It is not to blame for what is happening.

Wherever it is located, it should not suffer from the conduct of hostilities,” he said.

On the lies from Kyiv and the prospects for a settlement

According to Baranyuk, the Kyiv regime deceived the Ukrainian military, promising them a deblockade.

“Kyiv said to hold on.

That the deblocking detachments are coming, they will be, ”he said.

Baranyuk noted that while Kyiv officials were publicly declaring the impossibility of saving the Ukrainian military, they were telling the Ukrainian Armed Forces themselves that "deblocking units are coming."

The colonel confirmed that the Ukrainian military was simply lied to, in connection with which they made an attempt to break through, which failed completely.

“Well, it turns out that it is.

They promised some help.

Accordingly, this assistance was not available.

Which, as it were, prompted them to go out towards their units, ”he emphasized.

Kormyankov, in turn, believes that Kyiv could compromise to end the confrontation.

Earlier, Volodymyr Zelenskyy repeatedly admitted the possibility of Kyiv withdrawing from the negotiation process in the event of certain scenarios.

In particular, in early May, the President of Ukraine said that there would be no negotiations with Moscow in the event of the death of the military.

Shortly before this statement, Russian Foreign Minister Sergei Lavrov drew attention to the changeable position of the Ukrainian leader.

In an interview with the Italian television company Mediaset, the diplomat noted a number of recent statements by the Kyiv leader.

“He has seven Fridays a week, as we say.

During one day, it can change position several times.

I heard him say: “We will not even discuss demilitarization and denazification in the negotiations.”

Firstly, they are sabotaging these negotiations, as well as the Minsk agreements for eight years, ”Lavrov replied.

Commenting on Ukraine's position on the negotiation process, the captured Ukrainian colonel said: “Of course.

The Ukrainian side could make concessions to end this conflict.”

"Ukrainian Insurgent Army" (UPA) is a Ukrainian organization recognized as extremist and banned on the territory of Russia (decision of the Supreme Court of the Russian Federation of 11/17/2014).