A US court in California has rejected a complaint filed by former US President Donald Trump against Twitter so that he can return to the social network after he was banned from using it for inciting violence 16 months ago. 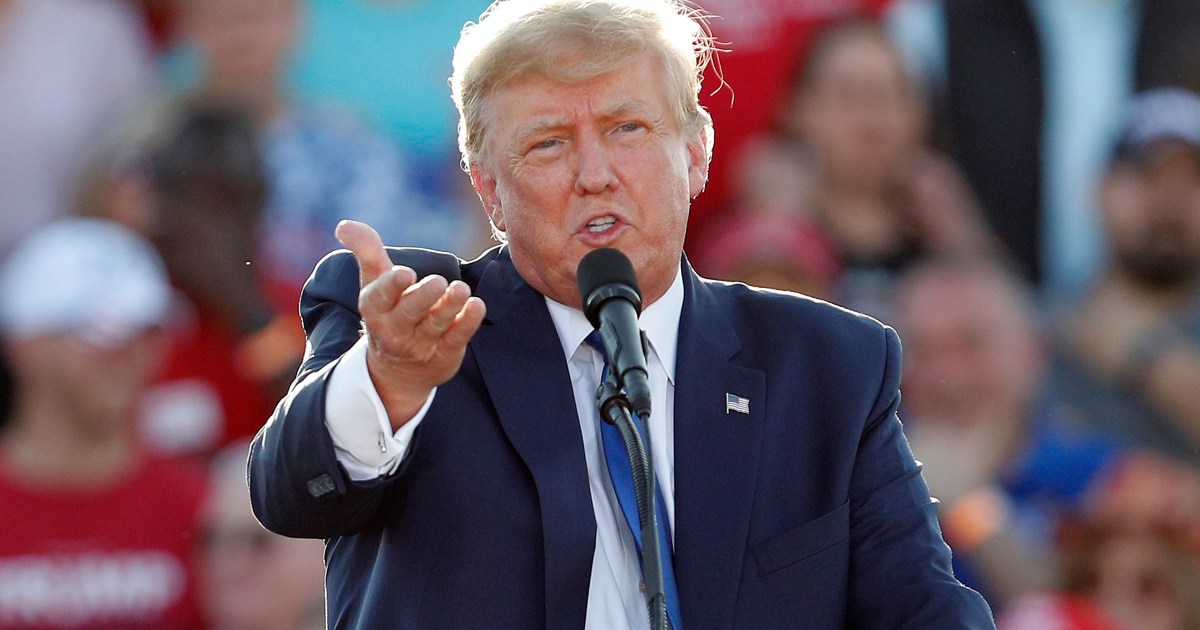 A US court in California has rejected a complaint filed by former US President Donald Trump against Twitter so that he can return to the social network after it was banned from using it for inciting violence in January 2021.

The Republican billionaire and the other complainants accuse Twitter of violating their right to free speech guaranteed by the US Constitution.

Trump had previously stated in his lawsuit that Twitter was the platform that gave him a voice to reach millions of his conservative followers who were "forced" by members of Congress to ban it, as he described it.

"The complainants are not in a position of strength because Twitter is a private company and the first provision of the Constitution applies only to restrictions on freedom of expression imposed by the government," said California District Judge James Donato.

The judge added that the internal system of the Twitter platform "gives contractual permission to it to move as it pleases on the level of any account or content for whatever reason or without even reason", but the judge left the door open for filing a modified complaint that takes into account his comments.

He is accused of instigating him.

These platforms justified their decision by the dangers of new incitements to violence.

Before his expulsion from Twitter, the US president had about 89 million subscribers, and he used to go to them daily between presidential ads and attacks on political opponents.

Donald Trump has asked the court to declare Chapter 230 of a 1996 law that protects Internet hosts from persecution linked to content posted by third parties, as unconstitutional.

However, the judge considered that this was not possible unless the complainants proved that they had been wronged.

The decision came while Elon Musk concluded an agreement with Twitter’s board of directors to buy the California-based company at a price of $44 billion. With less stringent content controls than is the case at the moment.

Musk, like many in conservative circles, believes that the Twitter platform uses censorship, but Trump recently stated to American media that he does not intend to return to Twitter even if Elon Musk directs him to do so.

He launched his own network, "Truth Social".

It is noteworthy that Trump still largely dominates the Republican Party, and after staying out of the limelight a few months after the elections, he resumed organizing rallies-like rallies during which he often hinted at his intention to run for president again in the next elections in 2024.