In Sardinia, new discovery of statues dating from the Iron Age

Archaeologists have discovered the torsos of two new limestone statues of boxers dating from the Iron Age at the necropolis of Mont'e Prama, in Cabras in Sardinia, the ministry announced on Saturday. 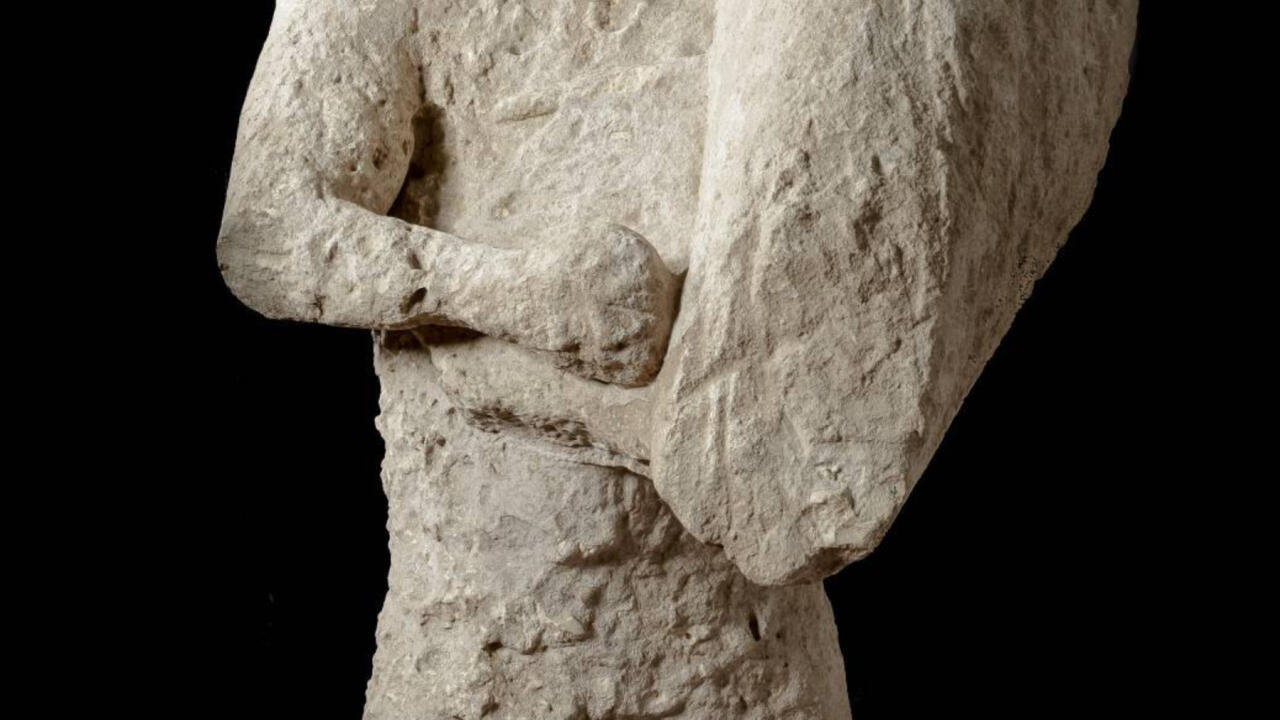 The Minister of Culture Dario Franceschini considered that it was an "exceptional discovery" that could shed new light on this Iron Age culture (around 950 - 730 BC) whose burials and statues have been unearthed at the archaeological site of Mont'e Prama during several excavation campaigns since the 1970s.

The bare torsos and other statue fragments have been identified as depicting pugilists, due to a shield covering their bodies.

They are similar to two other statues discovered a few meters away in 2014, currently displayed in a local museum, the ministry said.

Archaeologists working on the southern part of the vast necropolis, discovered in 1974 by farmers, also unearthed the extension of a funeral alley on a north-south axis, along which tombs dating from 950 had been discovered. - 730 BC.

While the small and medium-sized fragments are exhumed and inventoried, "it will take time to free the two torsos, heavy and massive blocks from the sediments and prepare them for recovery in good safety conditions", explained the head of the Ministry of Culture for southern Sardinia Monica Stochino.

The site belongs to the nuragic culture that has developed in Sardinia for centuries since the Bronze Age.

This culture is characterized by the nuraghes, mysterious stone monuments that today dot the landscapes of Sardinia and whose initial function remains unknown.

Thousands of larger fragments and pieces unearthed over the past decades at the Mont'e Prama site have been put together to reconstruct statues measuring two meters high, which have been identified as those of fighters, archers or wrestlers.

Archaeologists still do not know precisely what their function was.

It is not known where these statues of giants were originally before they were broken in the time of antiquity, perhaps by Phoenicians, Carthaginians or groups of Nuragic populations fighting among themselves, the researchers formulating different hypotheses.

These fragments were scattered above and near the graves.