The Turkish lira is falling, and the Tunisian dinar falls to a new record against the dollar

The Turkish lira fell 0.5% today, Friday, to 14.95 against the dollar, touching its weakest level in nearly two months, at a time when official data showed that the Tunisian dinar fell to new record levels against the dollar. 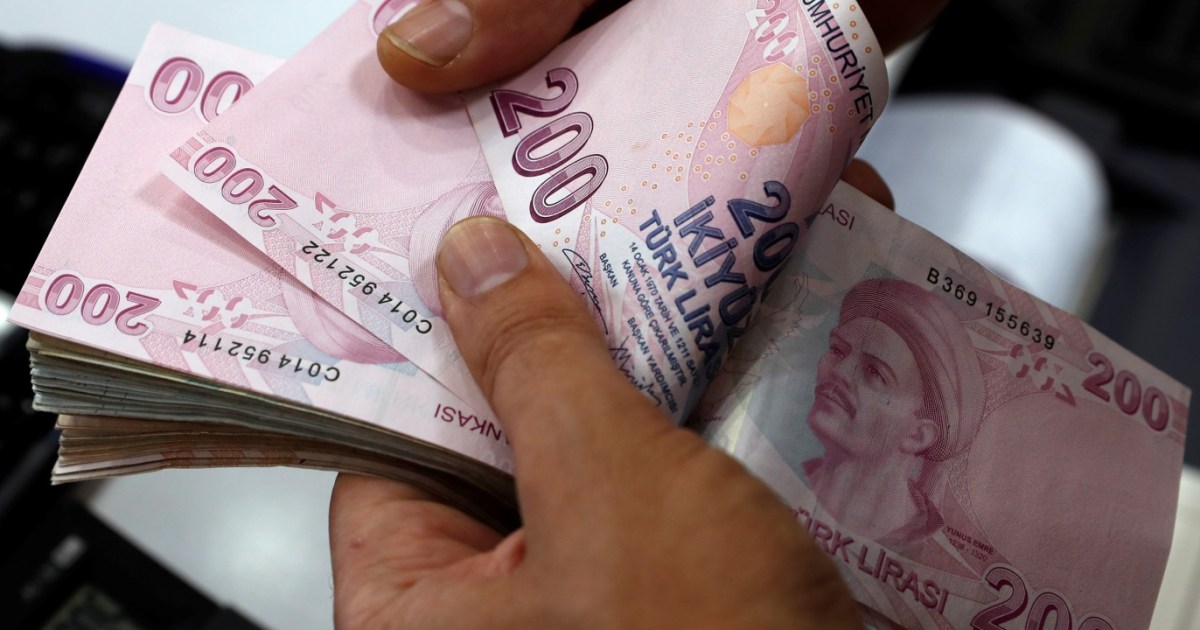 The Turkish lira fell 0.5% today, Friday, to 14.95 against the dollar, touching its weakest level in nearly two months, as emerging market currencies fell against the US currency.

The lira has fallen nearly 12% this year, in addition to losing 44% of its value last year, largely due to a currency crisis triggered by a series of unconventional interest rate cuts.

The currency's decline fueled inflation, which reached 70% last April, and put pressure on the central government's budget after it announced a plan to protect deposits in pounds from currency devaluation.

The dollar index hovered near its highest levels in 20 years against the major rival currencies on Friday, as selling in financial markets - in the face of fears of a global recession - boosted the currency, which is a safe haven.

Meanwhile, data from the Central Bank of Tunisia showed today, Friday, that the Tunisian dinar fell to new record levels against the dollar.

The dinar was trading at 3.101 against the dollar on Thursday.

And last April, it was traded at 3.074 for the first time, driven down by rising inflation, exacerbating the trade deficit and the severe impact of the Ukrainian crisis on public finances.

And last April, the National Institute of Statistics said that Tunisia's trade deficit worsened in the first quarter of this year to 4.3 billion dinars ($1.4 billion), compared to about 3 billion dinars during the same period last year.

And threatens the decline of the dinar with the following:

The expert in financial markets, Moez Hadidan, attributed - in a statement to the official Tunisian news agency - this decline to external factors, most notably the rise in the value of the dollar against most currencies in the world in light of fears of the repercussions of Russia's war on Ukraine and expectations of a decline in growth rates in European economies, in addition to other factors. Domestically, the most important of which is the country’s high trade deficit due to the high cost of imports, especially petroleum products and grains that are paid for in foreign currency, in contrast to the decline in the flow of foreign currency to Tunisia, as he put it.