Ingvar, MS, in Övertorneå, did not receive any assistance for ten days - was found dead

Severe pain, heavy medication and wheelchair bound. Ingvar Lomhed, 65, in Övertorneå was seriously ill with MS and granted over 80 assistance hours a week. But the assistance company that cared for him left Ingvar alone for ten days - and once they showed up, he was found dead. 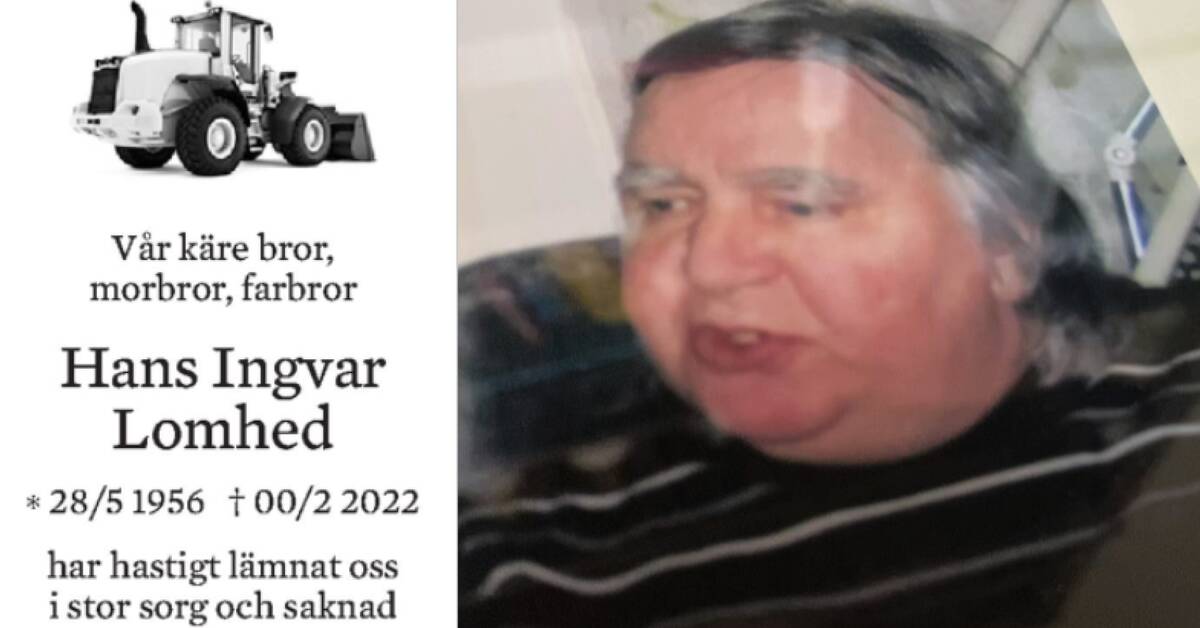 When SVT meets Ingvar's closest relatives, it has been almost two months since their half-brother died in his loneliness.

Or that was when he was found, when he died no one can answer.

It is very important for us to know how it turned out so that it does not affect anyone else.

You can not leave a person with a great need for care alone, say the siblings Anders and Lena Niemi.

The neighbor received no answer

It was Friday, February 25, that MS patient Ingvar Lomhed received one last visit from the assistance company.

This is confirmed by a neighbor who visited Ingvar shortly after the personal assistant left the apartment.

Later that weekend, the neighbor knocked but the door was locked and Ingvar did not seem to be home.

- I was both behind the door and the windows but saw or heard nothing.

The weekend passed without activity in the apartment.

- I knocked again and called my mobile several times.

I got no answer and thought that he might have ended up in hospital again because he was so bad, says the neighbor.

No staff show up

Ingvar needed personal assistance seven days a week but no assistant will come the remaining days during the weekend or the following week.

He only receives two phone calls and three text messages from the assistance company at the beginning of the week, then it becomes quiet, even though they do not receive an answer from him.

It will be Monday, March 7, before the previously sick-listed assistant visits Ingvar again.

Then he is found lifeless on the floor next to his bed and the assistant calls 112.

The person is rigid, has not had assistance during the weekend.

, documents the police RLC operator in the incident report that SVT requested.

"Found out that ambulance and stretcher were there"

Ingvar's neighbor was on his way to see him that day.

- But before I had time to knock, I was told that the ambulance and stretcher had been there.

Then I understood that he was dead.

Severely MS-sick Ingvar Lomhed was granted over 80 assistance hours a week - despite that, he received no help for ten days.

He died alone in his home with only two missed calls and three text messages from the company that undertook to care for him.

When he died, no one can answer, or if his life could have been saved.

In the video, half-brother Anders tells what it looked like when Ingvar was found in the apartment.