Dijon opens its City of Gastronomy and Wine, embassy of French meals

"An exceptional place to celebrate the French art of living": Dijon inaugurates the first International City of Gastronomy and Wine on Friday, with the mission of "telling and bringing to life"... 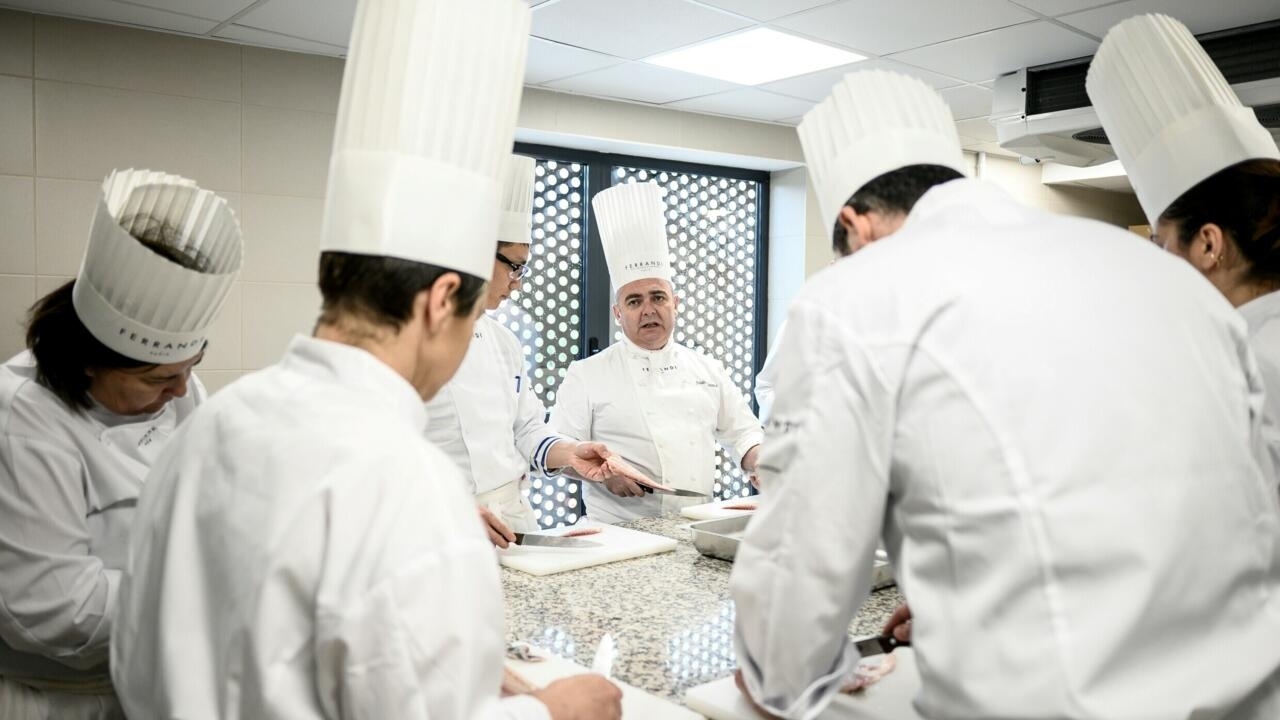 On November 16, 2010, Unesco added to the intangible cultural heritage the "French gastronomic meal".

On the strength of this recognition, the French State decided in June 2013 to create a network of "Cités de la Gastronomie" in order to "understand" what makes this meal.

Four cities were selected, each with a theme: Lyon ("food and health"), Paris-Rungis ("sustainable food and responsible gastronomy"), Tours ("human and social sciences") and Dijon, for the "culture of vine and wine".

The capital of Burgundy is indeed the starting point of the prestigious "Route des Grands Crus", which is one of the greatest wines in the world, and whose "climats" (plots of vines) are also classified by Unesco. .

A global showcase for wine-growing heritage, Dijon was recently chosen, to the detriment of Bordeaux and Reims, to host the International Organization of Vine and Wine, the equivalent of a wine UN bringing together 48 States and a thousand experts.

But it was necessary to find a setting to accommodate the International City of Gastronomy and Wine (CIGV): it will be the former Hospital of the Holy Spirit, an architectural jewel with glazed tiles founded in 1204. Magnificently rehabilitated, it has been completed with audacious contemporary buildings.

The new International City of Gastronomy and Wine, May 5, 2022 in Dijon (France) JEFF PACHOUD AFP

"We wanted to highlight the existing heritage while providing it with grafts of contemporary architecture", explains the architect Anthony Bechu, renowned for having resurrected the Hôtel-Dieu de Marseille.

Located between town and vineyards, this 6.5 hectare site is both "at kilometer zero of the Route des Grands Crus and at the gates of the historic center of Dijon", the second largest protected area in France, and classified as Unesco, underlines Jérémie Penquer, director of the promotion of major projects in Dijon.

Thanks to 250 million euros of work, 90% financed by the private sector, it is on this vast space that the menu tells the story of the French gastronomic meal.

It is explained, first, through four exhibitions, occupying 1,750 m2, devoted to the history of the French meal;

Burgundy vineyards and the art of cooking.

More than 3,000 wine references available at the new International City of Gastronomy and Wine, in Dijon JEFF PACHOUD AFP

Then we taste it, in two restaurants managed by Eric Pras, three-starred Burgundy chef, and a cellar which offers "one of the widest selections in the world, with 250 wines by the glass from more than 3,000 references", according to its director Anthony Valla.

Added to all this is a gastronomic village of nine shops (butcher, grocery store, bakery, etc.) run by the producers themselves;

a branch of the Ferrandi cooking and pastry school, a veritable Parisian institution, etc.

The size of this temple of good eating could make people fear indigestion, especially since the CIGV expects one million visitors per year, for a metropolis of 260,000 inhabitants, while another gastronomic city, that of Lyon, had to close in 2020 because it had not reached its target of 300,000 annual admissions (a redesigned project should see the light of day in 2023).

The other gastronomic cities have also experienced shortcomings: that of Tours is barely starting after many twists and that of Paris-Rungis is postponed to 2026.

A butcher's shop in the International City of Gastronomy and Wine, May 5, 2022 in Dijon JEFF PACHOUD AFP

"One million visitors is a completely achievable goal. I have no doubt about it: Dijon had 3.5 million visitors before the Covid", assures AFP the socialist mayor of Dijon François Rebsamen.

"We learned the lesson of the failure of Lyon which offered something a little low-end and very expensive", he assures, recalling that the Cité dijonnaise includes, "a whole free cultural and heritage part" .