China: who is John Lee, the ex-policeman appointed by Beijing to run Hong Kong?

Former Hong Kong security chief John Lee was chosen by Beijing on Sunday to take over as head of the city, succeeding Carrie Lam. The only candidate for the post of chief executive, this man from… 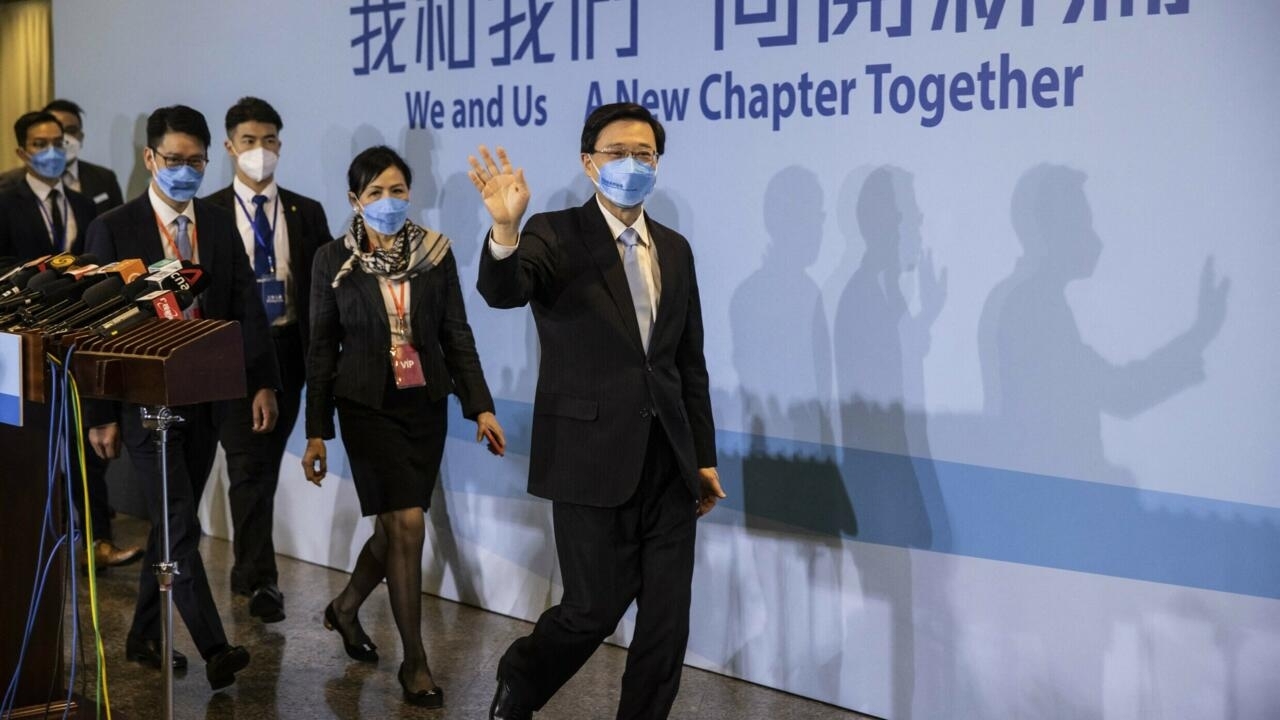 Former Hong Kong security chief John Lee is set to take over as the city's chief.

A former street policeman, he played a key role in cracking down on the 2019 pro-democracy movement, currying favor with Beijing.

The only candidate for the post of chief executive of Hong Kong, John Lee was appointed on Sunday, May 6, by a committee of 1,500 personalities acquired in Beijing.

He will begin his five-year term on July 1, the 25th anniversary of the UK's return of Hong Kong to China.

The 64-year-old working-class man began his career at the bottom of the police hierarchy.

He will be the first Hong Kong leader from this trade.

John Lee was Hong Kong's security chief at the time of the huge pro-democracy protests of 2019. He thus oversaw the crackdown on the protest and in fact participated in the severe political takeover that followed.

For this reason, he is on a list of Chinese and Hong Kong figures sanctioned by the United States - which has helped him win the trust of Beijing, which has often suspected Hong Kong's elites of lack of loyalty or incompetence. .

"John Lee is the one the central government knows best, because he has had constant contact and interaction with mainland China," businessman Michael Tien, a pro-Beijing member of the government, told AFP. Hong Kong Legislative Council.

The arrival of John Lee marks a break with the four chief executives who have preceded him since the return of Hong Kong to Chinese rule in 1997: until now, all have come from the business or industrial world. 'administration.

After 35 years in the police force, John Lee entered government in 2012 and enjoyed a meteoric rise.

Local media say he got a "platinum lift".

He was, since last year, the number two of the executive.

According to Chien-yu Shih, an expert on Chinese security issues at the Institute for National Defense in Taiwan, John Lee came to the fore of Chinese power during the 2019 pro-democracy protests.

He has indeed zealously taken up Beijing's thesis that these gigantic gatherings - the largest in Hong Kong's history - were a "terrorist" plot hatched by "anti-Chinese forces".

"Beijing sought to know which political figure was ready to follow his speech," said Chien-yu Shih, adding that Chinese leaders continue to be wary of Hong Kong officials.

A Catholic educated by the Jesuits, John Lee grew up in the popular district of Sham Shui Po. Promised to study engineering, he gave it up to join the police.

He later told a pro-Beijing newspaper that he made this choice by vocation, after being bullied and beaten by thugs as a child.

Married with two sons, John Lee is tight-lipped about his family.

In particular, he refused to say whether she still had British nationality, which he himself renounced when he entered the government.

He promised to make "national security" one of his priorities, auguring the continuation of the crackdown on dissent begun by his predecessor Carrie Lam.

Expected at the turn by the business community

But it is in the field of the economy that he is expected at the turn by the business circles of the world's third largest financial center, which has almost cut itself off from the world since the start of the pandemic.

"I hope he will think about Hong Kong's international competitiveness and not waste his time passing laws that are not useful for the city's economy," Danny Lau, head of the city, told AFP. an association of small business owners.

"In the past, China has been able to compromise in exchange for economic benefits," he told AFP.

"But now Beijing seems to want people to view the world as a place full of threats, and unwavering loyalty to the Party as the only sure way out."