"Ensure that the epidemic is contained within three days", what is Zhengzhou doing?

China News Service, Beijing, May 6th. In the early morning of the 6th, Zhengzhou City, Henan Province issued a notice on the implementation of classified management in some areas, and the epidemic prevention and control measures were upgraded again.   The day before, Zhengzhou held a press conference on epidemic prevention and control. The city with a population of more than 12 million set the 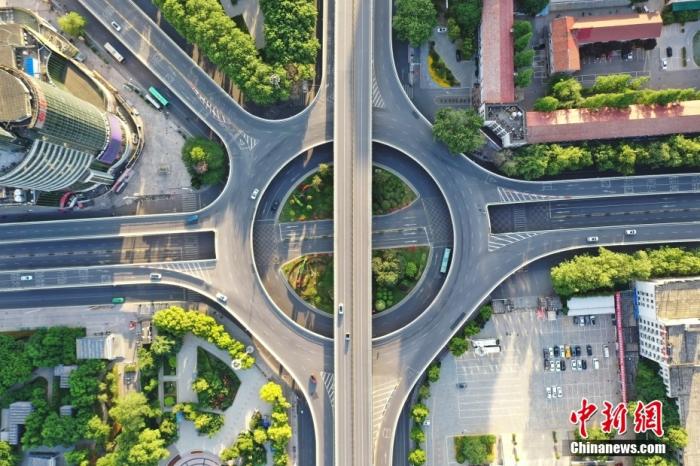 China News Service, Beijing, May 6th. In the early morning of the 6th, Zhengzhou City, Henan Province issued a notice on the implementation of classified management in some areas, and the epidemic prevention and control measures were upgraded again.

The day before, Zhengzhou held a press conference on epidemic prevention and control. The city with a population of more than 12 million set the goal of fighting the epidemic: to seal the epidemic within three days, to achieve social zero within a week, and to achieve social harmony within an incubation period. Isolation point "double clear".

On the Internet hot search list, the topic of "Zhengzhou ensures that the epidemic is contained within three days" quickly attracted the attention of public opinion.

On May 4, the first day of "static management" in Zhengzhou, Henan Province, there were few people and cars on the road, and the delivery boy was busy delivering.

This round of epidemic is related to high-speed railway stations

The latest epidemic data shows that from 0 to 24:00 on May 5, there were 24 new local confirmed cases in Henan Province, including 5 in Zhengzhou, and 55 new local asymptomatic infections, including 12 in Zhengzhou.

From March to April 30, Zhengzhou City has experienced two outbreaks, the overall transmission chain is relatively clear, and they have been controlled in time.

The current round of the epidemic in Zhengzhou started on April 30, and on May 3, Zhengzhou officially announced that "from April 30 to now, the transmission chain of Zhengdong New District high-speed railway station staff found through nucleic acid testing is currently basically determined to be confirmed cases outside the province. It was caused by the transmission during the transfer at the East High-speed Railway Station."

From the observation of the epidemic data, from April 30 to May 5 at 12:00 noon, a total of 71 positive cases were reported in Zhengzhou, including 19 confirmed cases, 52 asymptomatic infections, and more than 8,000 people in centralized isolation.

In response to possible hidden transmission, as of 12:00 noon on the 5th, Zhengzhou has investigated a total of 4,741 close contacts and 7,102 sub-close contacts, and sent 512 letters of assistance to other places, involving 500 people.

On May 4, the first day of "static management" in Zhengzhou, Henan, there were few people and cars on the road, and the delivery boy was busy delivering.

Around May 10, the social "zero" will be realized

On May 3, Wang Kai, Governor of Henan Province, went to Zhengzhou to inspect and guide the prevention and control of the epidemic, emphasizing that "use the shortest time to encircle the block and put out the outbreak."

The main urban area of ​​the city implements the measures of "staying out of the area and strictly prohibiting gatherings".

On May 4, the Henan Provincial Party Committee held a special meeting on epidemic prevention and control. This meeting proposed to implement a flat command system, with the main leaders personally and front-line, and relevant special classes coordinated and linked to achieve seamless work and pragmatic measures. Works.

The meeting also put forward more specific prevention and control goals: "Ensure that the epidemic is contained within three days, the social face is cleared within a week, and the social face and isolation points are 'double cleared' within an incubation period."

From the 4th to the 6th, the main urban area of ​​Zhengzhou requires a nucleic acid test every day.

Zhengzhou also requires that all party and government organs, institutions (including the central government stationed in Zheng and the provincial organs and units) and enterprise staff in the main urban area work from home.

The staff of party and government organs and public institutions have been turned into community volunteers on the spot to fully participate in the community epidemic prevention and control work.

Except for the closed control area, other areas in the main urban area are managed with reference to the control area standards.

Each family can arrange 1 person per day, with a 24-hour nucleic acid test negative certificate and a temporary community pass, and under the premise of personal protection, go to the designated place in the community to buy living materials.

"Adhere to the combination of dynamic and static, coordinated and coordinated, and effectively calm down the society, material supply and key enterprises will move, and community management services will improve."

On the 5th, Li Huifang, deputy secretary-general of the Zhengzhou Municipal Government, said at a press conference that from the overall nucleic acid testing situation, the number of cases in Zhengzhou is relatively stable, and the overall prevention and control work is orderly and effective. Zhengzhou strives to achieve social development around May 10. "Clear" the face.

On May 4, the first day of "static management" in Zhengzhou, Henan, there were few people and cars on the road, and the delivery boy was busy delivering.

In addition to the rapid prevention and control deployment and strict control measures, Zhengzhou has also intensively introduced urban operation guarantee measures under the war epidemic in the past few days.

In terms of ensuring the supply of food materials, we will strengthen the direct supply of vegetables and warehousing stocks, increase the reserve of living materials to 5 times the usual sales volume, and increase the frequency of stocking and replenishment to 3 times the daily rate, so that the supply will not be out of stock and will not be out of stock.

Zhengzhou requires extensive collection of social conditions and public opinions through channels such as 12320, 12345, the "Zheng Zai Anti-epidemic" platform, and the "Zheng Haoban" APP, and provides special medical services such as emergency help, hemodialysis appointments, green channels for pregnant and lying-in women, and psychological assistance; "Service, Drug Delivery and Diagnosis" action, to provide special services for the disabled, the elderly with widows, and chronic diseases; to provide door-to-door treatment to patients with common diseases in the closed area, and to solve the emergency medical needs of the people during the epidemic control period.

For chronic patients, the prescribed dosage should be appropriately extended, and the medicine can be delivered to the door in the sealed and controlled area.

From May 5, primary and secondary school students in the main urban area of ​​Zhengzhou began to study online at home.

For senior three students who are about to refer to the college entrance examination, Zhengzhou City said that it will analyze and judge in real time. As long as the epidemic prevention and control conditions allow, it will arrange the senior three students to return to school as soon as possible as soon as possible, implement closed management, and sprint for the college entrance examination.

Zhengzhou has also cracked down on the market order during the epidemic prevention and control period.