For a week, Americans have been following with great interest the story of the escape of a very dangerous criminal from prison, with the possible help of a female employee considered exemplary in the penal institution. 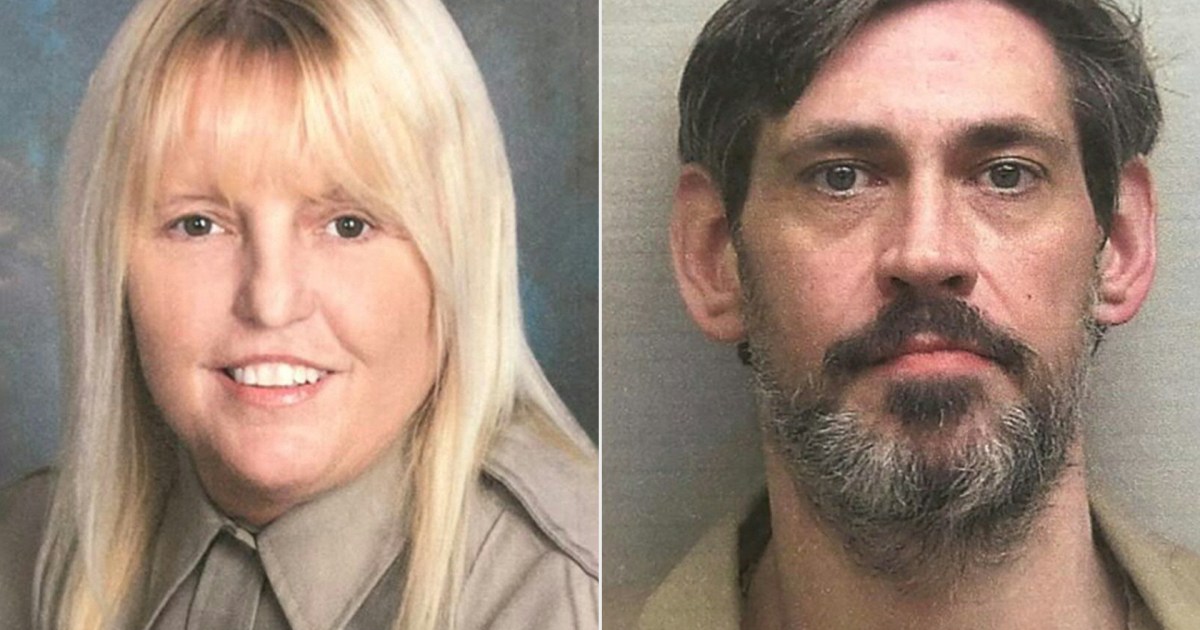 For a week, Americans have been following with great interest the story of the escape of a very dangerous criminal from prison, with the possible help of a female employee considered exemplary in the penal institution.

The escape is romanticized against the backdrop of what is believed to be a love affair between a 38-year-old giant who is more than two meters tall and a short 56-year-old woman.

On April 29, Vicki White helped inmate Casey White escape from a prison in Alabama, knowing that the two are not related even though they have the same family name.

It seemed clear that the escape was thought out to the smallest detail, and the element of surprise was great, as no one would have thought that they should beware of Vicki White, who had never caused any problems within the prison administration of the small city of Florence in the state of Alabama in the southern United States.

"She's never done anything. I bet she didn't even get a speeding arrest warrant," her mother, who did not believe the account, told local TV station WAAY31.

Vicki White became one of the most wanted men in the United States, although the police chief in the area described her as a "model employee", and the district attorney considered her "the most trustworthy person in prison", which was delegated by the Lauderdale County Police to oversee operations Transfer of prisoners.

When Vicki showed up to Florence Prison last Friday morning to pick up Casey White on the false pretense that he would undergo a psychiatric evaluation in court, a car she had bought was waiting in the parking lot of a nearby shopping center.

However, the footage recorded by the prison's surveillance cameras did not suggest any cooperation between the tattooed giant and the prison official.

She holds the door for him, but does not look at him until the moment he enters the police car, handcuffed and handcuffed.

Then she carefully closed the door and drove off shortly after 9:30 in the morning.

No one noticed Vicki and Casey until several hours later, around 3:30 in the afternoon, when the investigators who pursued them seemed to be far from them, as the last time the fugitives were seen was last Friday, the day of the escape, about 40 kilometers from the city. Jail, in a burgundy Ford SUV.

The stalking sparked the interest of social media users in the area, whose comments extended to the car dealership from which Vicki White bought the car.

The seller was subjected to a torrent of criticism, forcing the authorities to issue a clarification last Wednesday, confirming that he had provided valuable assistance in the investigation, and that "no one suspected of having helped" the escaped prisoner and his partner.

During the six days following the escape, a body of evidence accumulated that was not in favor of the prison employee, as it was reported that she had recently sold her house at a reduced price, and received $95,000 from it.

After 17 years of loyal service with the local police, she also announced that she was retiring.

The beginning of this story, which may be a love story, dates back to 2020, Casey White, who was serving a 75-year prison sentence in a state prison for crimes including kidnapping, robbery and attempted murder, suddenly announced his responsibility for the murder of a woman 5 years ago.

His confession was short-lived, as he eventually pleaded his innocence in the pending case, but it was a reason for his transfer to Lauderdale County Jail, where he was told he had been charged with murder, and he met Vicki White for the first time.

"He told me he was writing to someone but I had no idea who he was," his mother, Connie White, told the New York Post.

Police official Rick Singleton described him as having a "special relationship" with Vicki White.

"We have no evidence of any physical relationship between them," Singleton said, but other prisoners complained that he enjoyed "privileges" and was given services that others did not.

Singleton described the situation as "preferential treatment" for a "very dangerous" man who is now a fugitive.

"He's too dangerous for everyone around him," said his former lover, offering Vicki White the advice: "If you're still alive, run. Run, run, run as fast as you can."