More than six years after the Rochefort bus tragedy, the driver of the dump truck responsible for the disaster was given a five-year suspended prison sentence. Responsible for an operation, considered involuntary, which will have cost the lives of six teenagers, Matthieu Saurel in tears expressed his most "deep regrets". 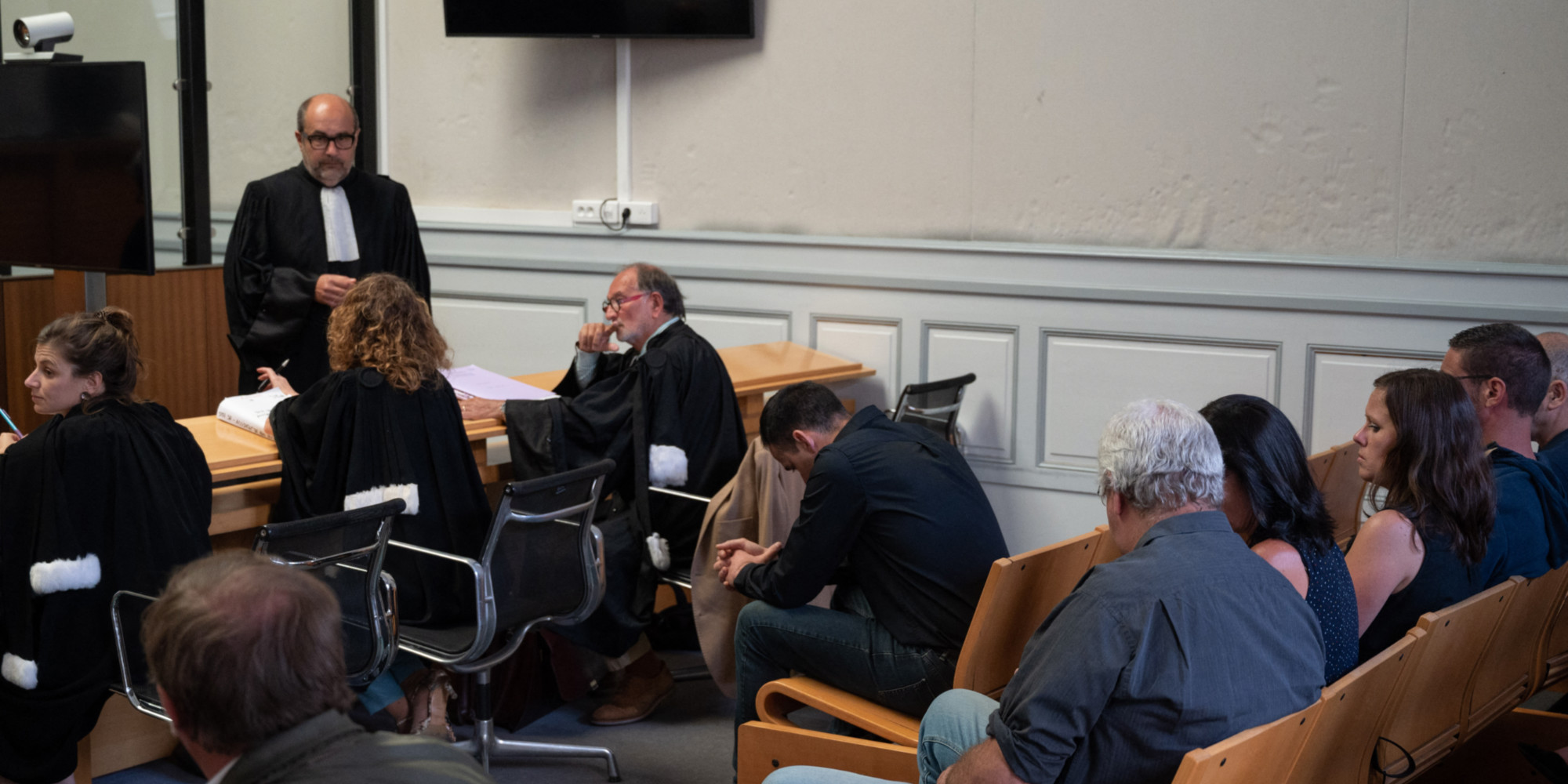 More than six years after the Rochefort bus tragedy, the driver of the dump truck responsible for the disaster was given a five-year suspended prison sentence.

Responsible for a maneuver, deemed involuntary, which will have cost the lives of six teenagers, Matthieu Saurel in tears expressed his most "deep regrets".

The driver of a dump truck whose tragic oversight had caused the death of six teenagers on February 11, 2016 in Rochefort, Charente-Maritime, in a collision with their school bus, was sentenced Thursday to five years suspended prison sentence by the La Rochelle Criminal Court.

The court handed down a five-year prison sentence "fully covered by a simple reprieve".

It goes below the requisitions of the prosecution who had requested on March 29, the last day of this trial for "involuntary homicides and injuries", a five-year prison sentence accompanied by a probationary suspension of three years to the against the defendant, Mathieu Saurel, now 29 years old.

"A Vision of Horror"

Shortly after the statement of the judgment, the young man, diagnosed with post-traumatic stress and under heavy antidepressant treatment, fell to the ground, seized with discomfort.

In the early morning of February 11, 2016, he was driving the dump truck, the left tailgate of which, left in the open position, had literally sheared the entire length of the school bus arriving in the opposite direction, killing six passengers aged 15 to 18 and seriously injuring two. others.

Horizontally, this tailboard, a heavy removable metal wall that holds the load, was transformed into a giant blade on the road, leaving after its passage, bodies under heaps of crushed metal sheets, some decapitated.

"A vision of horror" will tell a witness.

In this tragedy, one of the most serious child transport accidents in France since that of Beaune in 1982 (53 dead including 44 children), the only "human error" of the driver of the truck is in question, had underlined the ministry audience.

"He is responsible for a very serious accident, he is not a murderer", insisted the prosecutor Clément Incerti, asking the court to take into account the personality of the defendant, a "healthy" boy, described as a good professional of the construction company Eiffage.

"We are in the kingdom of the unjust, we judge an involuntary crime, the harder it is to judge the one who looks like us", had pleaded his defender Thierry Sagardoytho before calling the court to "nuance".

Behind a man eaten away by remorse, around forty civil parties, young survivors and parents of traumatized victims, had been waiting for this trial for six years.

In a packed house, on March 28 and 29, they delivered the story of their "destroyed" lives since the unlikely shock.

At the trial of the Rochefort coach drama, the driver of the truck recognizes a "possible" error

“This case will haunt me all my life”

At the helm, the driver of the truck, in tears from the start to the end of the trial, said he was unable to remember if he had pulled up this "cursed tail", before admitting the obvious, confronted with the testimonies and expertise and to express his "deep regrets".

"This case will haunt me all my life like the others here," he said.

The young man had appeared alone, in the absence of his ex-employer Eiffage who benefited from a dismissal, the justice considering that no "mechanical failure" of the dump truck and "no breach" of safety rules could not be blamed.

At the time, no standard required dump trucks to be equipped with audible and visual alarms that would have warned the driver.

The legislation has since been tightened in 2020.