New Omicron sub-variants: a "new wave in Europe at the beginning of summer"?

South Africa is currently experiencing a new wave of Covid-19 contaminations. Two new Omicron sub-variants, BA.4 and BA.5, cause this, and "appear to be more transmissible" than… 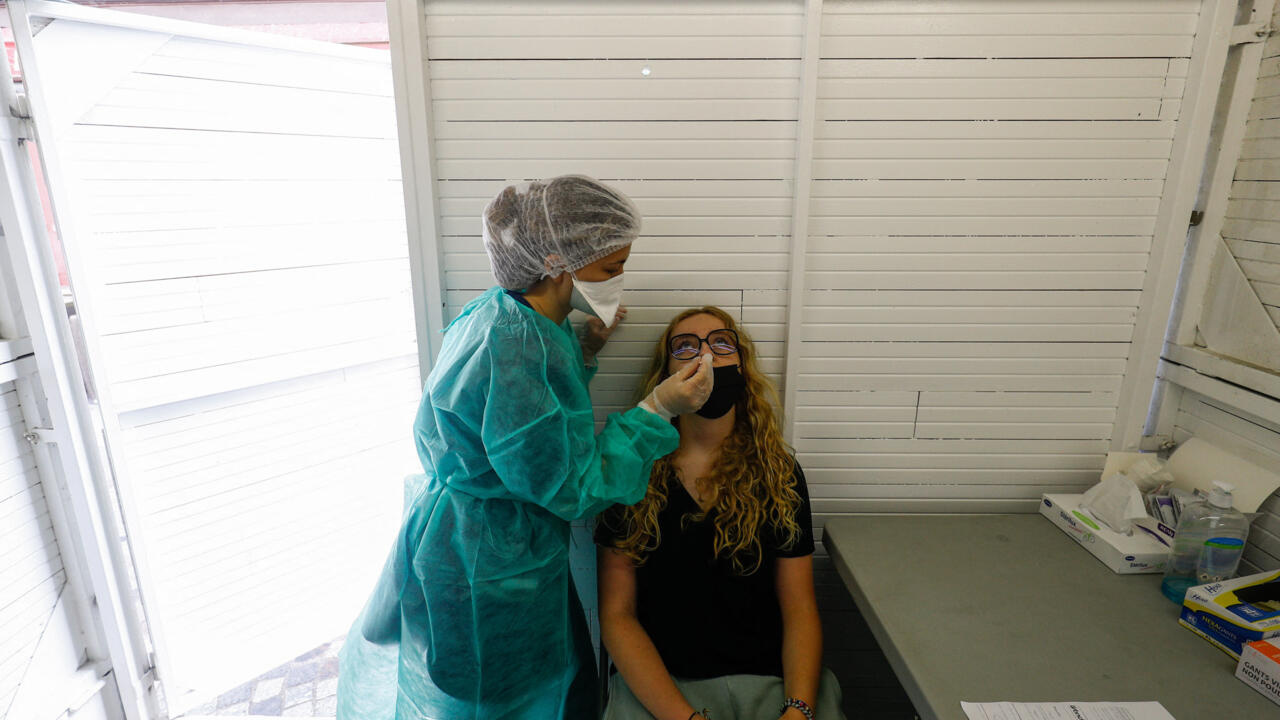 Southern Africa is once again becoming the center of scientific attention on Covid-19.

Last November, Omicron was first detected there before spreading around the world.

This time, it is two new sub-lineages of this same variant that are causing the start of a new epidemic wave in South Africa, according to the warning issued at the end of April by the Center for Innovation and Response to Epidemics.

"South African scientists (...) have now flagged two other Omicron sub-variants, BA.4 and BA.5, as being responsible for a spike in cases in South Africa," said said Wednesday, May 4, the Director General of the World Health Organization, Tedros Adhanom Ghebreyesus.

The national public health agency also specifies, in its last weekly update, that 99% of the tests sequenced in France are the result of the Omicron BA.2 sub-variant – which has dominated the others for weeks.

But, novelty, a case of BA.4 and two cases of BA.5 were identified at the end of April in France.

And as these sub-variants "seem more transmissible than the previous ones", according to epidemiologist Antoine Flahault, the risk for Europe of experiencing a new epidemic wave "at the beginning of summer" exists.

Why is South Africa currently experiencing a new epidemic wave

South Africa is seeing the emergence of two new sub-variants of Omicron BA.4 and BA.5 which seem more transmissible than the previous ones.

These are causing a new wave of contamination, but we do not know the expected magnitude, nor the impact on serious forms (hospitalizations and deaths, ND).

So far, South African authorities have not seen a significant increase in the severity of these new variants.

What do we currently know about the new BA.4 and BA.5 subvariants

Omicron's sub-variants are developing at an unprecedented speed so far.

There are several that warrant particular interest from the international scientific community: BA.2.12.1 – which is actively circulating in the United States – and the still poorly understood subvariants BA.4 and BA.5.

Usually, these subvariants spread to young, active and mobile segments of the community, and therefore not to those expected to arrive at the hospital.

It is therefore difficult to accurately assess the virulence of these new sub-variants at this stage, ie the percentage of serious forms that they cause.

We know that they are more transmissible (than the other variants, editor's note) since they are essential respectively in the United States and in South Africa.

On the virological level, two mutations affecting the BA.4 and BA.5 sub-variants suggest an increase in their transmissibility and an immune escape.

All of this resembles the emergence conditions that we experienced with BA.1 and BA.2 (dominant in recent months in Europe, editor's note).

Can BA.4 and BA.5 – of which several cases have been detected in Europe – supplant the current dominant sub-variants in the medium term

If it is premature to make forecasts even a few weeks away, we can go back to the history of the propagation of BA.1 and BA.2: they had also been identified initially in southern Africa, and there had only been a month and a half between the peak of the Omicron wave in South Africa (December 15) and that observed in France (end of January for BA.1).

We can therefore think that if BA.4 and BA.5 were to spread in Europe and follow the same path as their predecessors, then a new wave could arise in Western Europe between mid-June and the beginning of the summer.

I insist: this wave of contamination will not necessarily be associated with a significant increase in hospitalizations and deaths, but we must follow the current South African development very closely and prepare.

What does this situation say about the evolution of the Covid-19 epidemic in the world?

From the start, this pandemic has been unpredictable.

At the end of almost every wave, politicians and many experts predict the end of the pandemic.

It is clear that we have succeeded for the moment in Europe in containing the impact of the pandemic to some extent since we have vaccines and treatments available.

In particular, we have succeeded in avoiding new confinements and curfews during the last pandemic waves.

It is because of the very high transmissibility of the Delta then Omicron variants that we have deplored such high mortality figures in recent months, in absolute numbers.

But where vaccination coverage for the elderly and vulnerable was imperfect like in Hong Kong, Omicron has done considerable damage there, both in terms of hospital overcrowding and deaths.

Faced with the possible new wave, two challenges must be met: the first is to maintain at least this "armed peace" which allows people who are properly immunized to avoid severe forms of Covid-19 as much as possible and vulnerable people to benefit effective treatments available.

The second, in the longer term, is to tackle the very mechanisms of transmission of this respiratory virus.

We know that it is transmitted mainly by aerosol in closed and poorly ventilated places, it would therefore be advisable to improve the quality of indoor air in all closed spaces open to the public: homes, public transport, bars , restaurants and clubs, schools, universities and shared offices.