"Otoniel", the biggest drug trafficker in Colombia, extradited to the United States 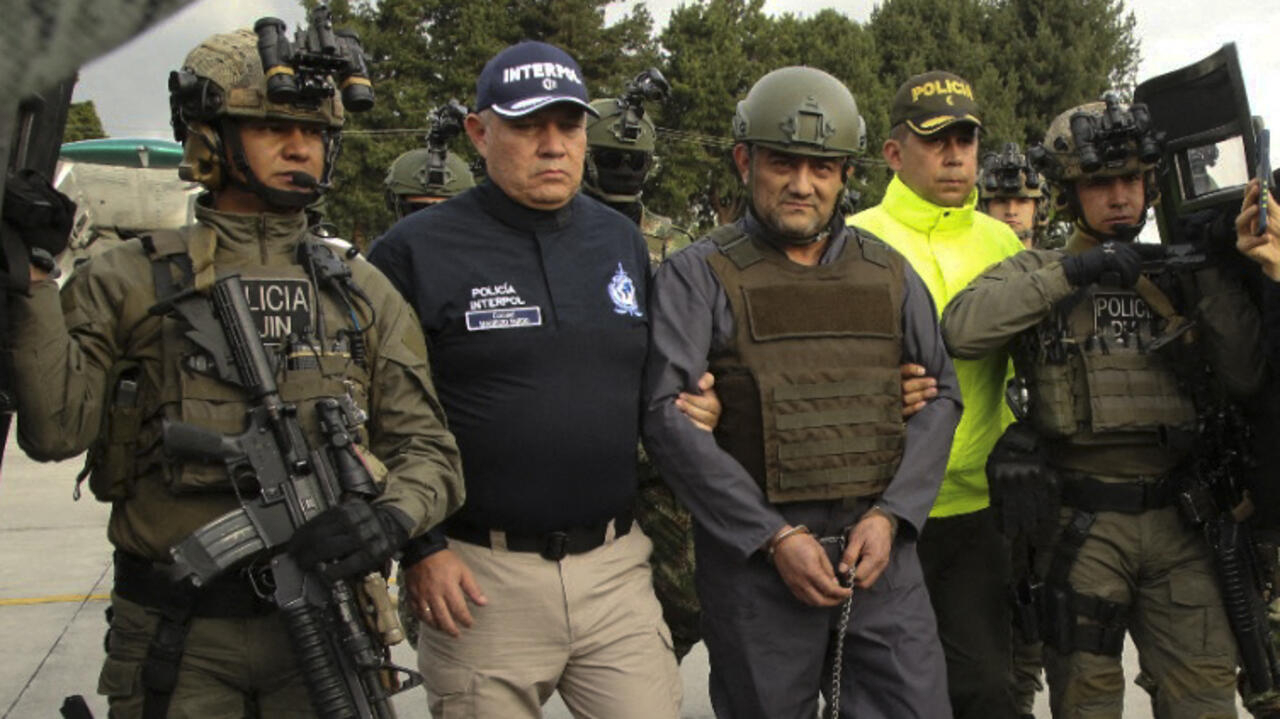 "Otoniel", the biggest drug trafficker in Colombia, extradited to the United States

I want to inform that Dairo Antonio Usuga, alias Otoniel, has been extradited

," the Colombian president said on Twitter in the evening.

The most wanted drug trafficker in Colombia, “Otoniel” was

in the northwest of the country during a vast military operation.

He has been prosecuted for drug trafficking since 2009 in a New York court.

He is the most dangerous drug trafficker in the world, the murderer of social leaders and police, a rapist of children and adolescents.

”, welcomed the Colombian head of state.

's victims had requested a "

" of the extradition, citing their right to know the truth and to receive reparations.

But Colombian justice finally gave the green light to his extradition on Thursday,

At the head of an organization comprising 1,600 men

Coming from a peasant family in the northwest of Colombia, Dairo Antonio Usuga was a far-left guerrilla, then a far-right paramilitary before becoming the head of a strong drug trafficking organization. about 1,600 men, who exported an average of nearly 300 tonnes of cocaine each year to around 30 countries, according to the authorities.

He succeeded at the head of the

to his brother, Juan de Dios known as "Giovanni", killed by the police in 2012.

In five decades of war on drugs supported by the United States, Colombia has killed or captured several drug lords, including Pablo Escobar, shot dead by law enforcement in 1993. But the country remains the world's largest producer of cocaine and the United States the main market, while violence linked to trafficking continues.

To listen: Cocaine: the reasons for Colombian overproduction