The Nobel Peace Prize highlights the "bleak" situation of journalism

The situation for journalism is "bleak" in a world where the omnipresence of social networks gives free rein to a flood of propaganda, alternative facts and rewriting of history, put in… 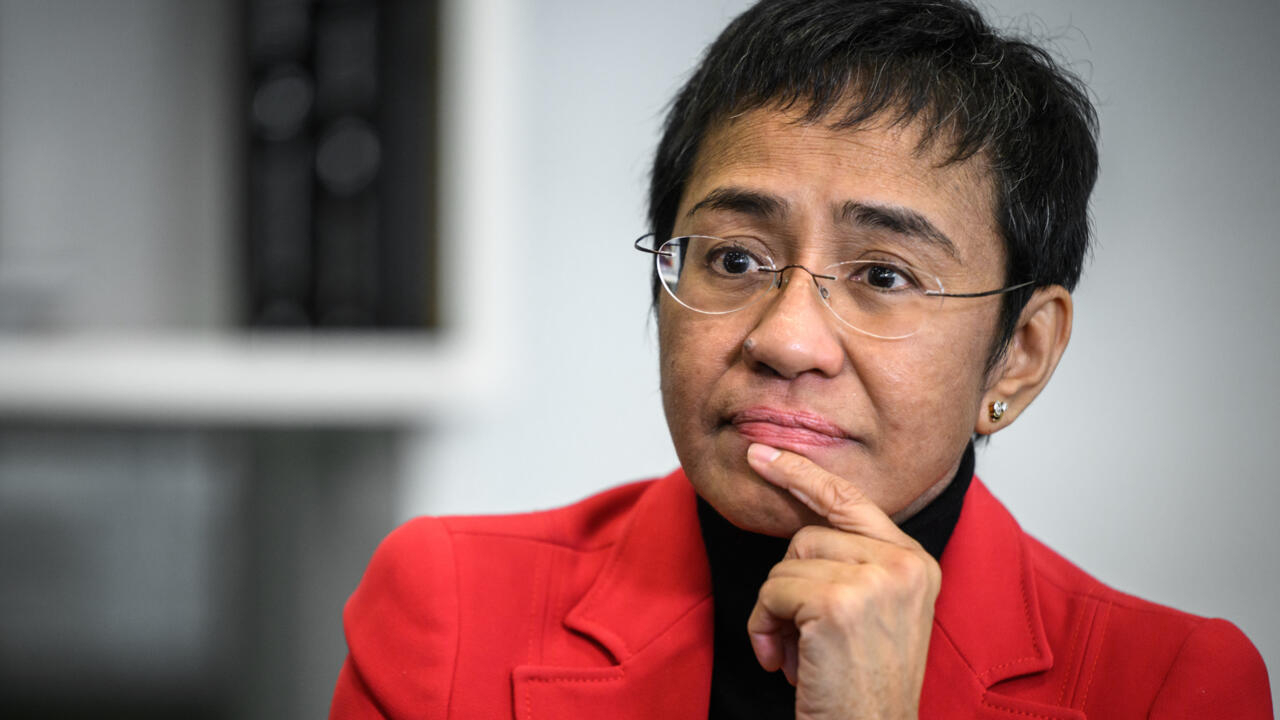 The Filipino journalist, co-founder of the Rappler news site, who shared the Nobel Prize with her Russian colleague Dmitri Mouratov, sees the situation in her own country as proof.

Ferdinand Marcos Jr - the son of the dictator who for two decades reigned terror and corruption - is given as the probable winner of the presidential election next week, 36 years after the fall of his father.

"He seems on the way to winning and it's possible only because history has changed before our eyes," explained the journalist, on the sidelines of a demonstration in favor of press freedom in Geneva.

Marcos Jr is taking advantage of a deluge of misinformation on social networks targeting younger generations who have no memory of the abuses committed by his father.

Ms. Ressa also points out that the candidate refuses to participate in debates and avoids questions from journalists, thus seeming to follow the path of other politicians like Jair Bolsonaro, the controversial president of Brazil.

"That's the problem with social networks: it has made propaganda flourish and literally allowed public figures like Marcos or Bolsonaro to create their alternative reality by circumventing the mechanisms of counterpower" of the media, she underlines, before to drive the point home: "It's not a good thing".

Faced with these challenges, "the mission of journalism is more important today than it has ever been", she explains.

For the journalist, as early as 2014, social networks made it possible to propagate throughout the world two divergent narratives of the annexation of Crimea by the Russian army and the phenomenon was further aggravated with the invasion of Ukraine in february.

In such an environment, access to reliable information is vital.

"I think we've come to a point where everything we (journalists) can do matters because we're very close to the brink," she says.

For the Nobel Peace Prize winner, there are no safeguards and social networks expose journalists to threats and attacks much more.

"Now, every time you write an article that tries to hold power accountable, you have to be prepared to be attacked personally," says Ms. Ressa, who herself faces 100 years in prison for exposing the excesses. of President Rodrigo Duterte.

Filipino journalist and Nobel Peace Prize winner Maria Ressa during an interview with AFP on May 3, 2022 in Geneva Fabrice COFFRINI AFP

But if the Nobel Prize was a "relief" because it demonstrated that the committee had understood how much the task of journalists had become more difficult and that "the risks have increased", it does not mean that. protected Ms. Ressa from legal proceedings.

On the contrary, "they accelerated", she explained.

For her, it is unfair to "ask journalists to make all these sacrifices" and she urges governments and the international community to take matters into their own hands and regulate these technologies which have transformed our information society.

“We need safeguards so that we can do our job,” she judges.

In the meantime, journalists "have no choice" and must continue to defend democracy as best they can, notes Ms. Ressa: "We are trying to stem the tide with our bare hands, hoping that the rest of the society will take over