Madrid: Once again, Djokovic gets rid of Monfils and finds Murray

Between Novak Djokovic and Gaël Monfils, the matches follow one another and their outcomes are similar: for the 18th time in as many face-to-face meetings since 2005, the world N.1 dominated the French N.1 in the second… 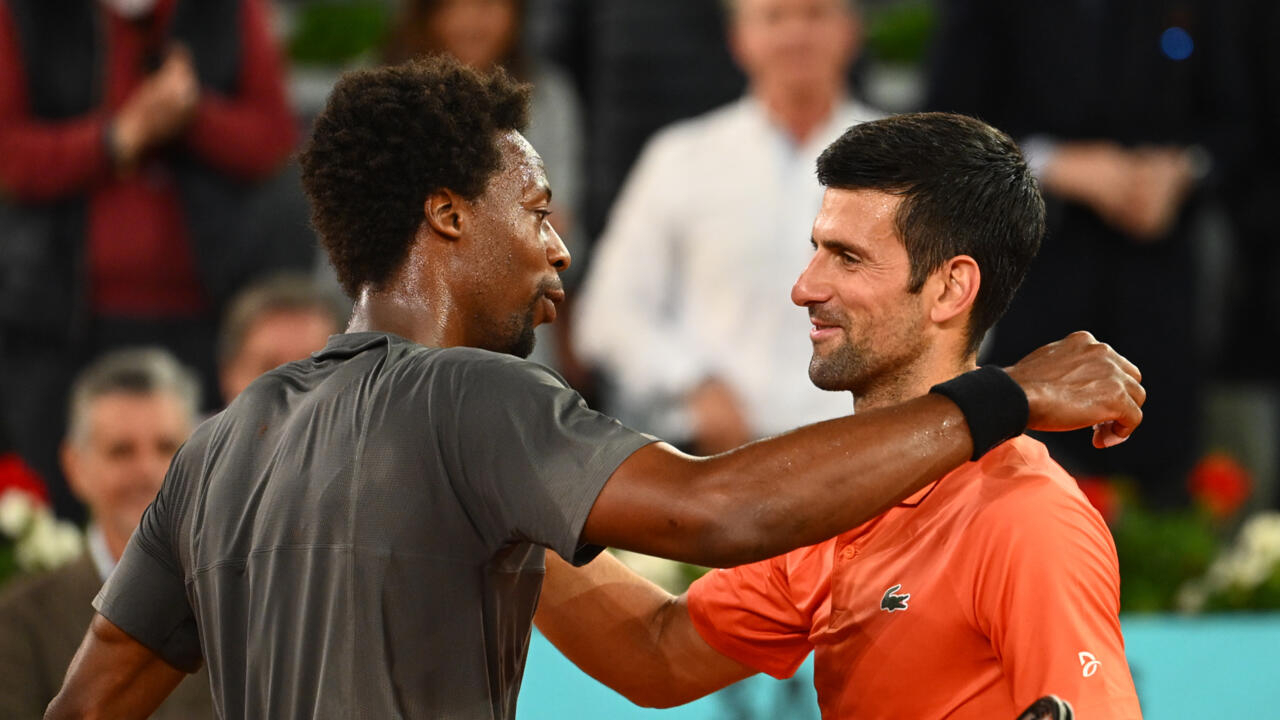 In the round of 16, a duel most seen in more than five years (January 2017) is looming - the 37th in total - between Djokovic and Andy Murray.

"In theory, I have no chance: he is world No.1 and I have been playing with a metal hip" since 2019, he summarizes.

It is not yet the best "Djoko": after a first quarter at or near a standstill, marked by his unlikely expulsion from Australia, for lack of vaccination against Covid-19, the Serb is still in search of rhythm.

His fragility in the forehand in particular against Monfils (21st) testifies to this.

However, that was more than enough to defeat 6-3, 6-2 the French N.1, also in the recovery phase after a month without competition (foot), and too often left at fault (thirty) when he went on the attack.

"I would say it's my best performance of the year," Djokovic said.

Casually, it is his first victory in two sets since he put the machine back on the road with the return of the circuit to Europe in April.

In Monte-Carlo, he had fallen from the start (against Alejandro Davidovich).

In Belgrade, after three wins in three sets, he sank in the third leg of the final, lost 6-0 to Andrey Rublev.

"Given that until today I had not played my best tennis in the few tournaments I have played this year, I am very satisfied", appreciated the Serb.

"I felt very good on the court."

"I did everything I could to prepare myself physically and improve in all aspects of the game for this tournament. I'm really happy that it paid off. It's going in the right direction," he added.

Faced with Monfils, his service games were almost all hooked, and it was even the 35-year-old Frenchman who got the first break points.

Two before the interruption by a heavy downpour after 25 minutes of play, and one just after the roof was closed.

But the world No.1 got away with it each time and, conversely, was surgical when the opportunity arose.

A statistic sums up the balance of power: three break points converted out of three for "Djoko", zero out of five for Monfils.

"When we say he's takeable... He's solid! You still have to play a big game to beat him. The guy, he remains world No.1!", Launched the latter.

"He is playing better and better. Today he was simple, effective. I played an average match, and it was 6-3, 6-2."

Murray, who had not played on ocher for almost two years, and had not won a single match on the surface for almost five (Roland-Garros 2017), before the Spanish tournament, was warned.

After midnight, the rising star of the ATP circuit, Carlos Alcaraz, successfully released his brand new top 10 status at the expense of Georgian Nikoloz Basilashvili (27th) 6-3, 7-5.

Thursday, the day of his 19th birthday, the young Spaniard, freshly titled in Barcelona, ​​will face the Briton Cameron Norrie or the American John Isner.

A year ago, Alcaraz celebrated his 18th birthday at Central Madrid, against Rafael Nadal.

He had only scored three games and was then ranked 120th in the world.

"Last year, I came to play this tournament to live a new experience and measure myself against the best players in the world. Today, I consider myself one of them", summarizes the protege of the winner of Roland- Garros 2003 Juan Carlos Ferrero.

Six weeks after a stress fracture in a rib, Nadal will make his return - and start his season on clay late - Wednesday afternoon (not before 4:00 p.m.) against Serbian Miomir Kecmanovic (32nd).

Mistrust of the recent semi-finalist in Munich, and quarter-finalist in Indian Wells and Miami earlier in the season.

The last match of "Rafa" dates back to March 20 (lost final in Indian Wells).

In the women's draw, the four players who made it to the quarter-finals on Tuesday had never been invited to the competition at this stage in the Spanish capital: Sara Sorribes (47th) on home soil, the Ukrainian Anhelina Kalinina (37th, faller of Emma Raducanu), the Swiss Jil Teichmann (35th) and the American Jessica Pegula (14th).