Finally, Turkey indicated that it wanted dialogue with the Syrian government after years of deteriorating relations. This signal came as a surprise to many given that there is not a lot of indication that these negotiations can lead to any tangible success. And bitter hostility remains. 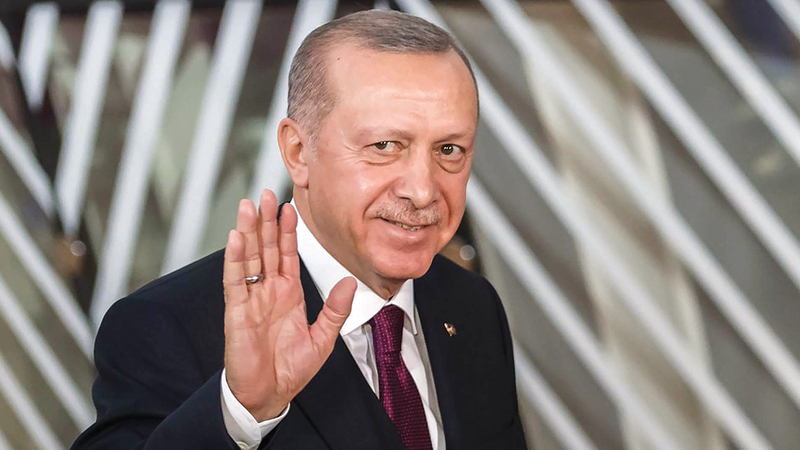 There are no indications that the Turkish gesture might succeed

Finally, Turkey indicated that it wanted dialogue with the Syrian government after years of deteriorating relations.

This signal came as a surprise to many given that there is not a lot of indication that these negotiations can lead to any tangible success.

There is still bitter hostility and mistrust between Turkish President Recep Tayyip Erdogan and Syrian President Bashar al-Assad, more than a decade after Turkey threw all its weight behind the Syrian opposition fighters that were fighting the Assad government.

Russia could have played the role of mediator, but its invasion of Ukraine means that Moscow is not in a position to undertake such a task now.

But this Turkish initiative becomes less ambiguous, when viewed through the prism of Turkey's upcoming general elections.

By appearing ready to mend relations with Assad, Erdogan hopes to mitigate the widespread resentment generated by his policies toward Syria and its refugees, which, among other issues, may cost him, among other issues, elections in 2023. Ankara's willingness to negotiate with Damascus has been revealed before "Hurriyat" newspaper, backed by the government.

Using obscure sources, the newspaper stated that the most important priority for restoring relations with Syria aims to facilitate the return of Syrian refugees to their country, and to confront the branch of the Kurdistan Workers’ Party located in Syria, where Turkey has been fighting the PKK for decades and considers it a terrorist organization.

The source blamed Russia and Iran for blocking previous opportunities to improve the relationship between Turkey and Syria.

Officials noted that the situation is now more conducive to a fresh start with Damascus given that Syria's close allies are now preoccupied with their own issues, with Russia in Ukraine and Iran in nuclear talks.

The most important of these conditions is the withdrawal of Turkish forces from Syria.

The Turkish military presence in Syria is the main obstacle that prevented the Assad government from retaking the last stronghold controlled by the Syrian opposition in northwestern Syria.

But this withdrawal strips Turkey of its main card in the negotiations with Syria, and will lead to more refugees fleeing to Turkey, which will exacerbate Erdogan's problems instead of solving them.

The Syrian government’s reluctance to reconcile with Ankara does not appear to be just a pre-negotiation tactic, as the relatively short period before the Turkish general elections means that any negotiation between the two parties is in Turkey’s interest, and engaging in such negotiations will give Erdogan a political ground in his country, regardless of the outcome. that will lead to it.

In addition, President Assad's hatred of Erdogan means that he will avoid doing anything that is in Erdogan's interest internally, in the hope that he will lose the upcoming elections and be replaced by someone more friendly with the Syrian government.

Although Erdogan's initiative is not optimistic, he hopes that sending signals of reconciliation to Syria will help improve his image in Turkey and bring some political support.

There is a deep resentment among the Turkish people about the four million Syrian refugees in their country.

Given the climate of political polarization in Turkey, Syrian refugees are seen as the product of Erdogan's failed policy in Syria.

That is why many analysts see these refugees as the main reasons behind the loss of the ruling Justice and Development Party in the municipal elections in 2019.

The security forces began arresting refugees and sending them to the Turkish provinces in which they are registered.

Some have been expelled from the state, while others are encouraged to return voluntarily to Syria.

Nevertheless, Erdogan's main opponent, the Republican People's Party, continues to criticize the Turkish government's handling of the refugee issue, and the party has promised that it will deal directly with Assad with the goal of returning Syrian refugees to their country within two years.

In the absence of a mass deportation of refugees before the elections, it seems that Erdogan has no choice but to emulate the promises of the Republican Party.

Through this move, Erdogan hopes to reconnect with his electoral ally, the MHP, as well as many of his former supporters who now prioritize the return of Syrian refugees over their loyalty to the ruling party.

Even if this step fails, the Turkish government will show, albeit indirectly to Turkish voters, that it is trying to correct its mistakes by trying to reconcile with Assad in order to return the refugees.

It will also give a hint to the electorate that there will be an end to direct Turkish intervention in Syria.

It is unclear how successful Erdogan's calculated step in restoring contact with the Turks, who withdrew their support for him as a result of his policy in Syria.

But what is certain is that Assad and Erdogan will not shake hands in the foreseeable future.

• The Syrian government's reluctance to reconcile with Ankara does not appear to be a mere pre-negotiation tactic, as the relatively short period before the Turkish general elections means that any negotiation between the two parties is in Turkey's interest.

• The Turkish military presence in Syria is the main obstacle that prevented the Assad government from regaining the last stronghold controlled by the Syrian opposition in northwestern Syria.