A 'controversy over meme' abruptly erupted in the National Assembly, which is in the midst of a legislative session and personnel hearings. On the 28th of last month, during an online meeting between the Democrats' judiciary, it was alleged that Rep. Choi Kang-wook made remarks referring to sexual acts to a fellow lawmaker. 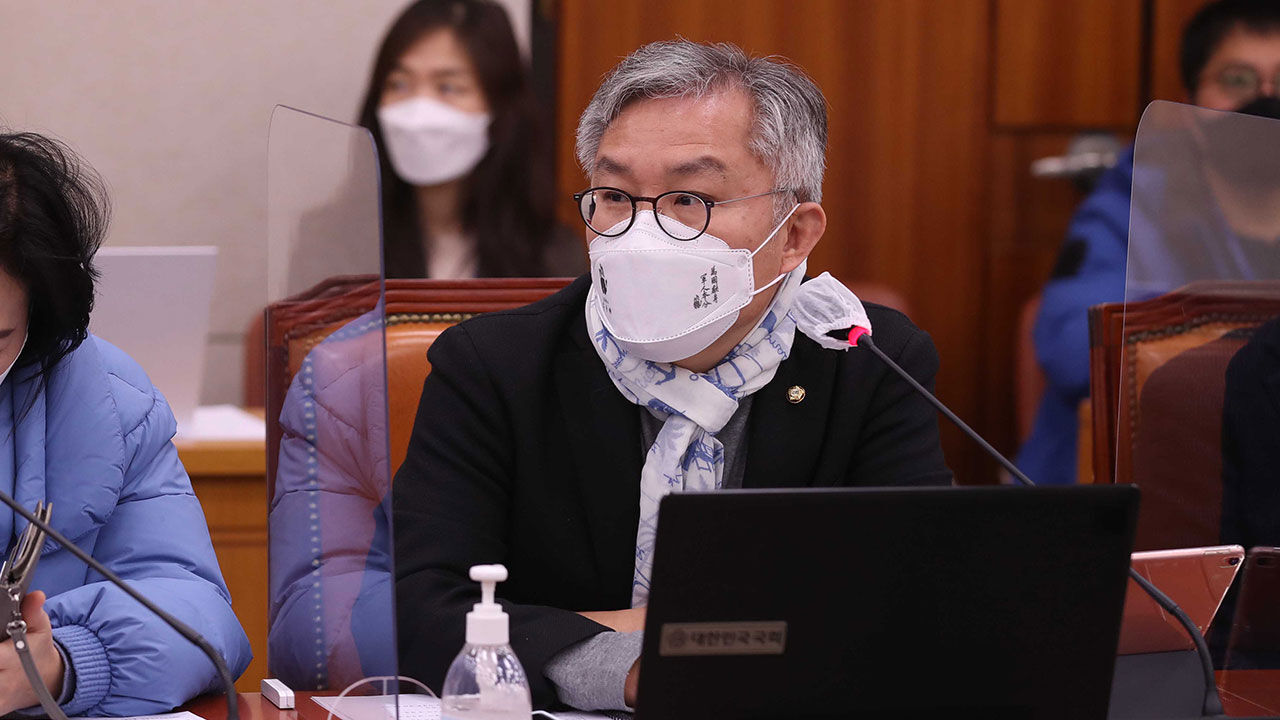 A 'controversy over meme' abruptly erupted in the National Assembly, which is in the midst of a legislative session and personnel hearings.

On the 28th of last month, during an online meeting between the Democrats' judiciary, it was alleged that Rep. Choi Kang-wook made remarks referring to sexual acts to a fellow lawmaker.

At that time, some of the participants at the meeting raised the issue and it was reported in the media, sparking controversy.

Afterwards, Rep. Choi expressed regret, saying, "It is a light joke, but the purpose is distorted", and an official from Choi Kang-wook's office answered, "It is wrong to say that it was a jjal which meant a specific game, not a sexual act," and the controversy grew.

Broadcaster Kim Eo-jun, who is classified as pro-female, said in the broadcast, "It stems from the misunderstanding of women."

Online, there was an untimely truth workshop that was XX.

It's a controversial issue, so I checked the facts.

According to cross-confirmation of the testimonies of those attending the meeting, the contents of the conversation before and after were as follows.

**In the private zoom meeting of the Judiciary Committee, Representative A only logs in and turns the camera off, so his face cannot be seen.

Rep. Choi Kang-wook: Why doesn't A show his face?

Why did you turn the camera off?

Member A: (Laughing) Oh, why are you like that?

The contents of the conversation confirmed by the Minbohyup side are also consistent with the above.

In the context of the postwar period, it was pointed out that Rep. Choi's explanation could not be viewed as fact.

Minbohyup said, "We have confirmed the facts, including exact wording, through those who have participated in the video conference or know the content." We emphasize that we felt sexual dissatisfaction beyond

In order not to raise unnecessary controversy, it is simple to check the video at the time.

Online meetings, which are usually conducted via Zoom, can be recorded and saved by the host who presides over the meeting.

However, it is known that an official from the office of Park Ju-min, secretary of the Judiciary Committee of the Democratic Party, who presided over the meeting, replied, "There is no video."

Another member of the Judiciary Committee said, "It is unusual, considering that most of the cases where an important meeting is usually hosted by video in a member's office is recorded as a video."

Democrats who say "find a whistleblower"...

In fact, it may not be that important.

A personnel hearing is being held in the National Assembly to decide the next cabinet of the new government.

The problem is what to do afterwards.

As the controversy became an article, it is known that the Democratic Judiciary Committee is moving to seek out the informant, saying, "It is more problematic to leak the contents of the meeting."

There are videos recorded individually by some of the internal party attendees, but it is also said that they are reluctant to disclose them because the parties can be identified.

The same goes for accusing women of misunderstandings.

It is a statement that can be a secondary offense to the parties.

One participant, who said he had seen the meeting in person, said, "I saw it with my own eyes and heard it clearly, but when I said no, I think I became a psychopath."

Clarification is also an issue.

If the apology had been made earlier, it would have ended as a mistake by a member of the National Assembly.

The forced explanation made things worse.

After the controversy broke out, it was confirmed that the office of National Assembly member Choi Kang-wook responded to the Minbo-hyup, saying, "If the allegation is true, we will apologize to the parties."

It was said that the Judiciary Committee was concerned that the remarks would damage the front line of inspection and scrutiny led by the Democratic Party.

"At first, I thought that only lawmakers were attending the online meeting," said an official from the House of Representatives' office.

He continued, "The Ethics Judge of the Party is investigating, so I will respond to the disposition after taking part in the investigation."

In response to a series of issues raised, Park Ji-hyeon, co-chairman of the Democratic Party, asked the Ethics Tribunal to check the facts and consider whether to take disciplinary action.

It is also known that the Democratic Party's floor leader's office has received a report on the incident and is considering action.

Rep. Choi Kang-wook himself called several times to inquire about the authenticity of his remarks, but he did not answer.

The authenticity of the statement is important, but what is more worrisome is the series of actions that blame others for the mistake and turn arrows.

get a sense of dizziness

Would it be too much of an overstatement to think of the dark side of the Democratic Party, which was preoccupied with political offensive by blaming the party leaders for sexual assault on the victim and committing secondary harm or blaming the opposition for their own mistakes?

What the Democrats need now is to learn how to properly apologize when they apologize.

Furthermore, it is a matter of not making mistakes in the first place.