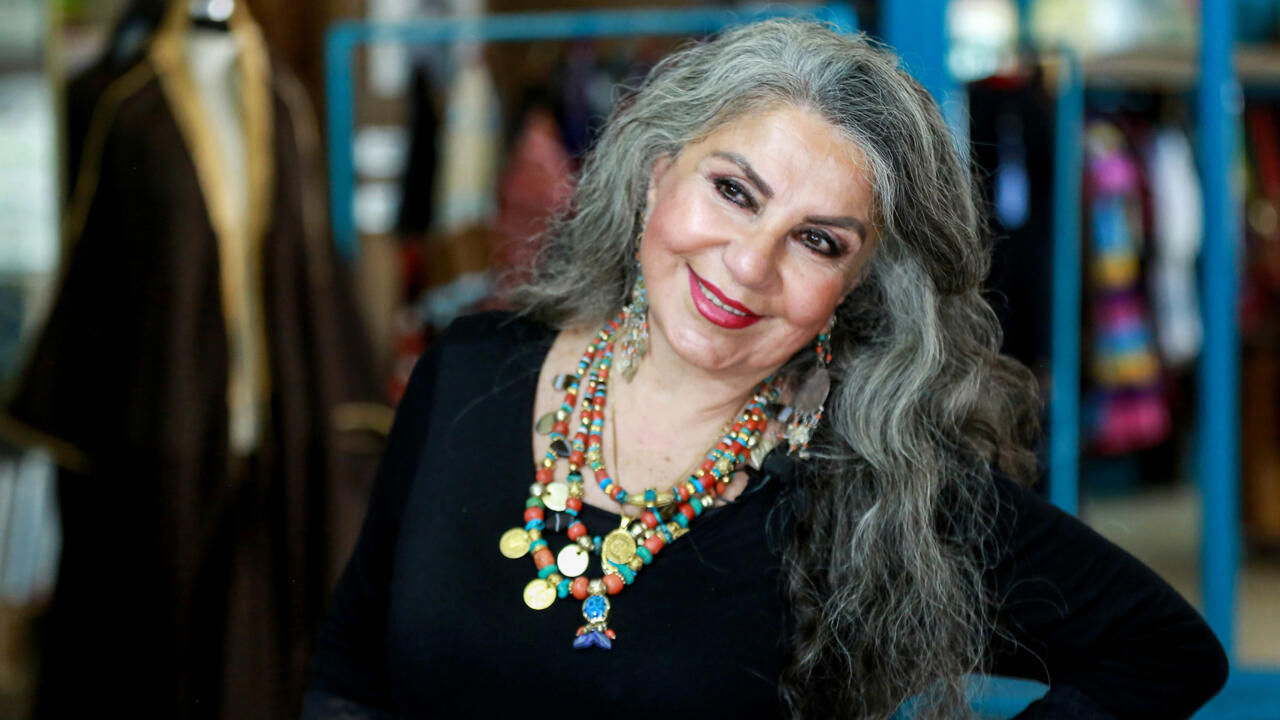 From neighboring Jordan, where she lives, Ms. Sadiq sews verses by great poets such as the Palestinian Mahmoud Darwish or the Syrian Nizar Qabbani, drawing on the different styles of calligraphy, from the elegant diwani to Kufic geometric shapes.

"Arabic calligraphy is the most beautiful of calligraphies", enthused to AFP this fashion designer who was the first 25 years ago to bring up the upstrokes and downstrokes of Arabic letters on the most popular catwalks. run from the world.

In her studio-residence in the center of Amman, Mrs. Sadiq recalls that it was on the fertile banks of the Euphrates, in present-day Iraq, that, for the first time in the history of Humanity, a writing has been used.

Without these Mesopotamian beginnings "other civilizations would not have existed", says the 72-year-old designer, hair down, multiple colorful necklaces and imposing drop earrings framing her face.

Iraqi fashion designer Hana Sadiq shows off one of her dresses adorned with Arabic poems on March 31, 2022 in Amman, Jordan Khalil MAZRAAWI AFP

"We imitate the West"

A graduate in French literature before going to train in fashion in Paris, Ms. Sadiq now divides her time between Amman and Paris.

Her collections regularly tour Europe and the United States, but it was during her tours of the Middle East that Ms. Sadiq filled her suitcases with traditional silver jewelry, thousands of fabrics and clothes. .

These treasures serve her as an inspiration but also to keep traces of a heritage that she has compiled in a book entitled "Arab clothing and jewellery: a universal heritage".

Her caftans deploy a palette of rich and lively colors like the traditional Iraqi "Hashemite dresses" that her grandmother adorns herself before parading "proud as a peacock", she says.

This popular item of clothing -- a fine black fabric adorned with gold or silver flowers with wide transparent sleeves -- was the staple of Iraqi wardrobes in the middle of the last century.

If today Ms. Sadiq's creations are worn by Arab or European crowned heads, it all started in her grandfather's textile store in Baghdad, where sellers of fabrics and embroidery from Turkey, Iran and even India.

For the designer, Western clothes have flooded the market even though they are not suitable.

Iraqi fashion designer Hana Sadiq shows off a dress adorned with Arabic calligraphy, in her workshop in Amman, on March 31, 2022 in Jordan Khalil MAZRAAWI AFP

"It's the unfortunate result of globalization, (...) we imitate the West in all areas, architecture, furniture, clothing and food," she laments.

"The guideline of my work is to allow women to remain feminine and attractive, I want that when a woman passes in front of a man, he notices her and sees her beauty".