Hate, mockery and a bet of 500 million: chronicle of the enmity between Bill Gates and Elon Musk

Few rivalries reach the level of surrealism that the one between the first and fourth fortunes in the world. Elon Musk versus Bill Gates. A confrontation with 500 million... 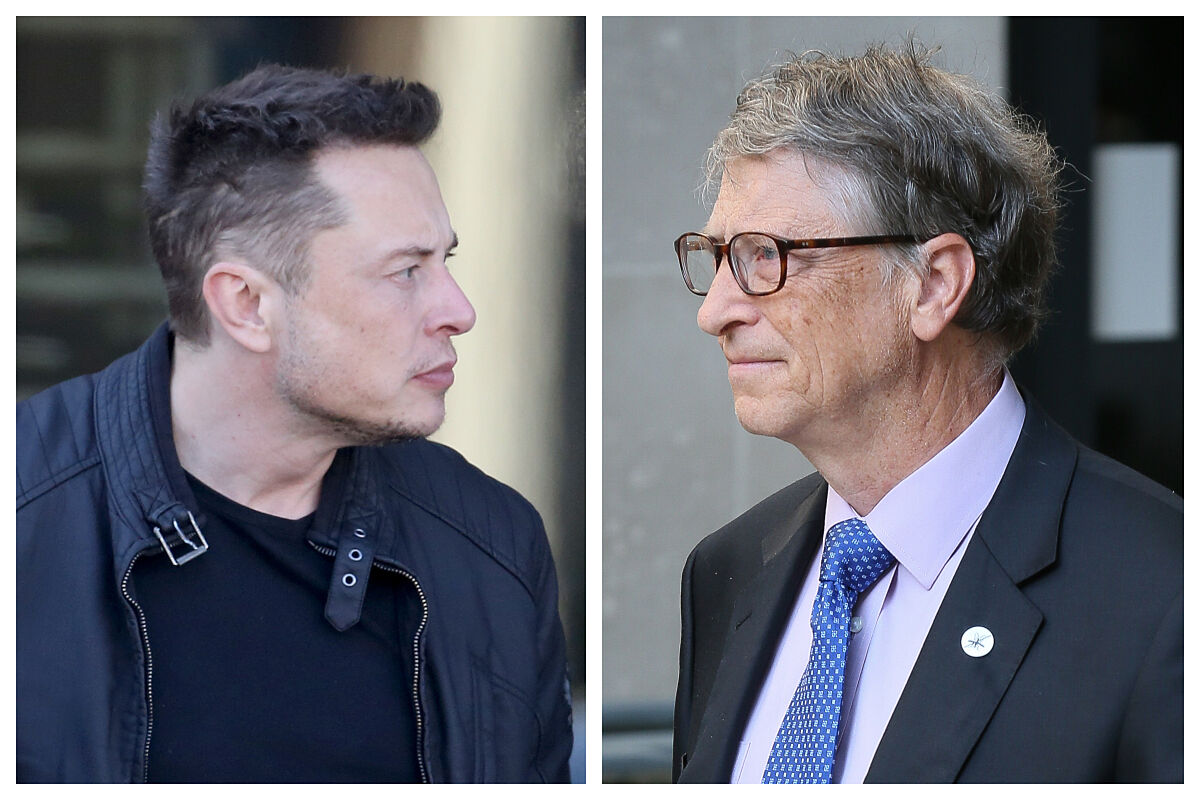 A confrontation with 500 million dollars at stake that started more than five years ago in which the puyitas in forums and interviews have been increasing until culminating in vulgar episodes.

The last bullet in this war has been fired by the South African, who has taken advantage of his Twitter account with more than 80 million followers to

compare Bill Gates with the emoticon of a pregnant trans man

accompanied by the text: "In case you need to lose a quick erection.

What did Bill Gates do to unleash Elon Musk's anger in this way?

All indications suggest that

, according to a series of private messages exchanged between the two.

A proposition to which the South African responded in the form of a question:

"Do you still have $500 million short against Tesla?"

on the stock market in order to enrich himself.

I'm sorry to say that I have not closed it

," replied Bill Gates, acknowledging that he was still betting his money against Musk's economic interests.

A confession that did not prevent founder Gates from later asking him for money: "I would like to

A philanthropy that the founder of Microsoft exercises through the Bill & Melinda Gates Foundation.

A non-profit legal entity that, however, has

, which in addition to charity and development projects, are used for investments in different sectors.

I can't take your philanthropy

on climate change seriously while you have a massive short position against Tesla, the company that is doing the most to solve climate change," the South African replied.

Then, a Twitter user uploaded the screenshots to the social network and asked the Tesla user about their veracity.

"Yeah, but I didn't leak it to the New York Times. They must have gotten it through friends of friends. I heard from a lot of people at TED [lectures] that Gates has 500 million against Tesla and I asked him. No It's Top Secret," he acknowledged minutes before sharing the dirty joke that compared Gates to the pregnant one.

It is true that the investments of the founder of Microsoft against the economic and business interests of Elon Musk were an open secret.

a topic that Gates has tried to avoid

in his interviews by ensuring that he "does not talk about his investments" (something he does frequently) or by changing the conversation from the topic.

However, money is not the only factor that has caused the enmity between the two men.

Even so, the South African ordered to allocate part of the Tesla production lines to the manufacture of respirators while the Microsoft promised 80 million euros for vaccine research.

A brand whose vehicles he has publicly assured on more than one occasion that he does not like them, although he has also said the opposite.

Some critical comments that the richest man in the world does not carry anything well to the point of ensuring that "Bill Gates has no idea."