Christian Smalls, the unexpected union leader who wants to shake up Amazon

With his colorful jacket adorned with the slogan "eat the rich", a few meters from the bus stop where he spent countless hours trying to convince Amazon employees to form a union,... 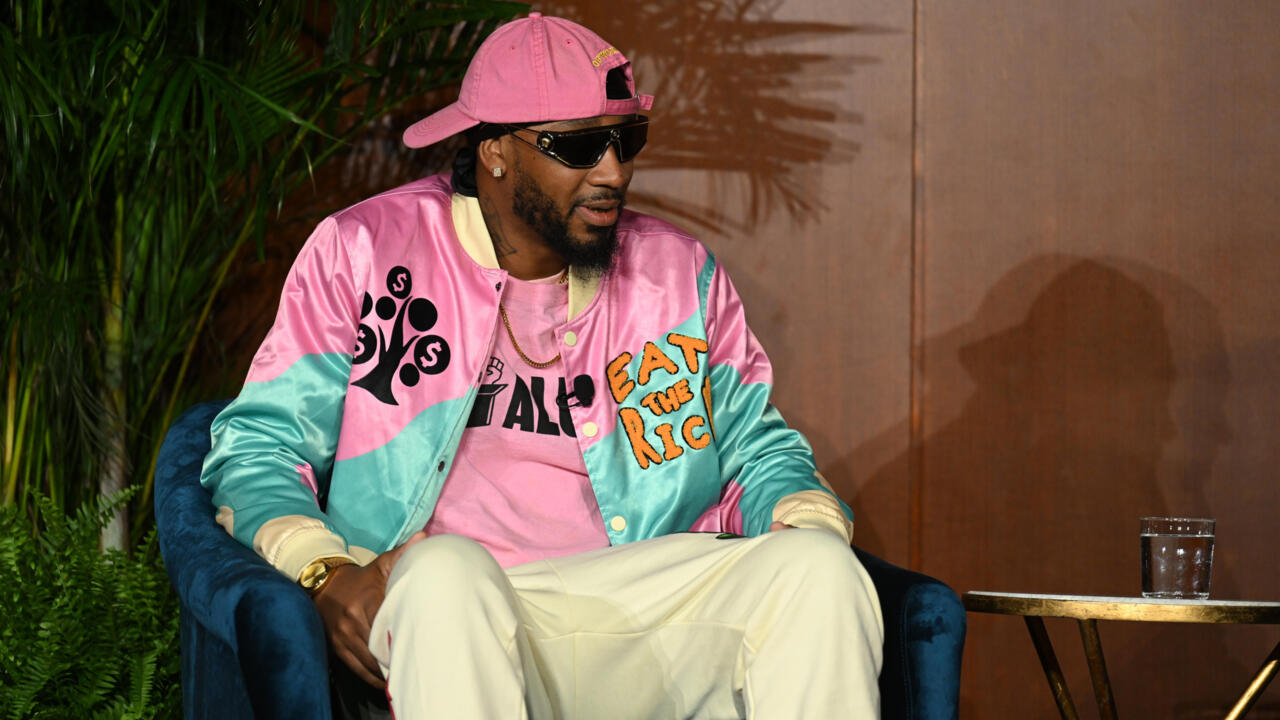 The president of the Amazon Labor Union (ALU), which caused a stir in early April by becoming the company's first union in the United States, walks the sidewalk he knows so well, along the road in an industrial area from New York.

He will soon know if, after the JFK8 warehouse, he has convinced the employees of the sorting center located across the street, LDJ5.

The vote took place from April 25 to 29, the counting will begin on Monday afternoon.

"The waves are positive," he says.

A week before the result, seasoned trade unionists want to take their picture with him, journalists assail him with questions, members of his team question him about the organization.

He has just shared the podium with two stars of the American left, Bernie Sanders and Alexandria Ocasio-Cortez, and is preparing to lead a new rally.

Christian Smalls, 33, unemployed, worked in the JFK8 warehouse until March 2020.

With the appearance of the Covid-19 epidemic, faced with a still little known and devastating virus, he protested against the lack of protection and called for a mini-strike.

The protest does not gather crowds but attracts attention, at least at Amazon.

He will be fired two days later, officially for not having respected the health rules.

According to an internal memo that leaked to the press shortly after, a senior company official said of him that he "is not intelligent, does not know how to express himself clearly" and that he should be made "the face of the entire trade union movement".

"That's what I became," he told AFP two years later.

In the meantime, he demonstrated outside several residences of Amazon founder Jeff Bezos to defend the rights of essential workers.

He also went in the spring of 2021 to support activists trying to form a union at an Amazon warehouse in Alabama.

It was after this trip that with a small team, they decided to try their luck in New York, in their own way, without the support of a traditional organization.

Christian Smalls will be the mainstay of the bus stop, where he waits for shift changes to chat with employees.

Others - his friend Derrick Palmer, a few employees convinced of the interest of the fight and a handful of activists who were hired on purpose at Amazon to participate in the fight - work in the break rooms.

They listen, tirelessly explain what a union is, bring food, distribute a little cannabis.

To reach the night shifts, they sometimes light braziers.

Experts on labor movements give them little chance.

Amazon Labor Union (ALU) President Christian Smalls on the day of a unionization vote at an Amazon warehouse in New York on March 25, 2022 Ed JONES AFP/Archives

They have almost no money, they say: Before the first vote, they raised $120,000 through internet fundraising and other T-shirt sales, when Amazon spent $4.3 million to counter their campaign.

With the help of a volunteer lawyer, they officially filed their request for the organization of a vote after having obtained the signature of 30% of the employees, when the traditional unions often expect to have at least 50%.

Their leader is unknown.

With his style of rapper, this African-American "does not look like a traditional union leader", recognizes Justine Medina, member of ALU.

But "he's brilliant, he knows how to inspire people, assign the tasks that correspond to everyone, bring people together," she says.

And all the media attention "does not go to his head, he remains down-to-earth", she assures.

To celebrate the union's victory on April 1, dressed in red from cap to sneakers, he still jumped out of the building where the counting took place before spouting champagne.

And to ironically thank Jeff Bezos for going into space while they were campaigning on Earth.

ALU arrived at the right time.

After the pandemic and its harsh working conditions for essential workers, in the midst of inflation, employees are ready to ask for more.

And in a tight labor market, they know the ball is in their court.

Christian Smalls hopes that ALU "will be the spark that will trigger a whole movement at Amazon".