Late on Friday, a car overturned on the E4 north of Nyköping and three people were taken to hospital. One of the injured receives intensive care. 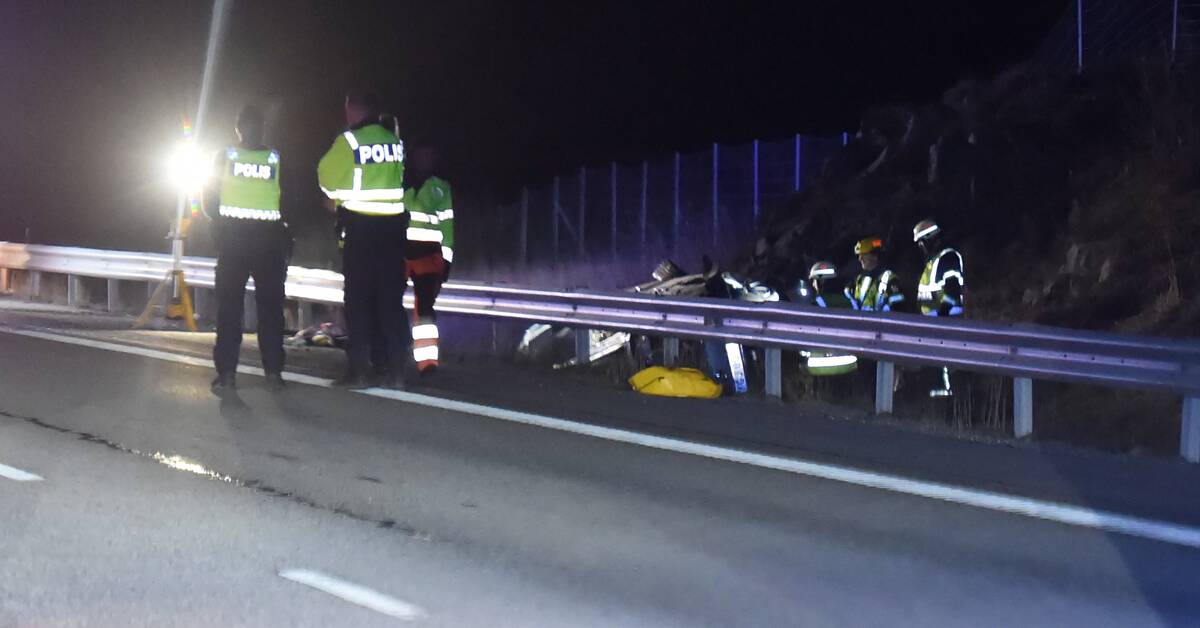 It was 23.20 on Friday evening when the police, ambulance and rescue service were alerted to the E4 at the height of Lake Uttersjön where a car with three people had overturned.

According to the police, a man in his 30s was stuck in the overturned car.

When the rescue service managed to free him, he was flown by ambulance helicopter to the hospital.

The other two people, a man and a woman in their 25s, were taken by the police to the hospital for a check-up.

Later in the night, Region Sörmland announced that the man who was trapped will receive intensive care.

The other man and woman should have minor injuries.

The road was completely closed in a northerly direction for several hours, which caused long traffic jams.

The overturned car remains in the ditch and will be salvaged with the help of a crane on Saturday.

The police have drawn up a report of a traffic accident, but there is still no suspicion of crime.