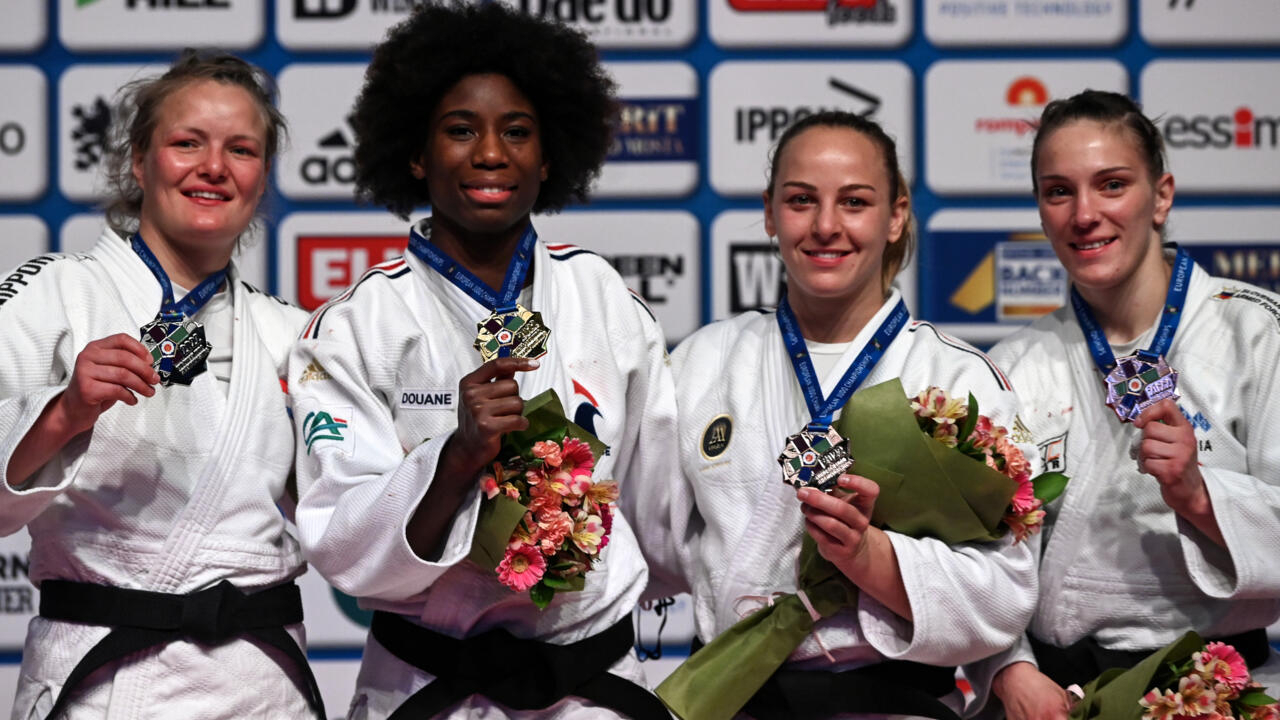 She brings France her second European crown during these championships, after Shirine Boukli crowned Friday in the under 48 kg category.

Facing Van Dijke, who led 5-1 in their head-to-head, Gahié took the upper hand with a waza-ari from the first minute.

The French Marie-Eve Gahié tries to immobilize the Dutch Sanne Van Dijke, in the final of the -70 kg category, at the European Judo Championships, April 30, 2022 in Sofia Nikolay DOYCHINOV AFP

She then managed to master the power of her opponent, but got very scared by being surprised at the very end of the fight when the Dutch initiated a last attack just beyond regulation time.

On the way to the final, Gahié had dominated the Italian Irene Pedrotti, then the Ukrainian Nataliia Chystiakova.

In the quarter-finals, she bent her compatriot Margaux Pinot on penalties in the Golden Score.

She had beaten another Dutchwoman, Hilde Jager, in the semi-finals.

Before the last day of competition, France has six medals including two titles.