Euro judo: a first crown for Gahié, Pinot in bronze

Marie-Eve Gahié offered herself the first continental crown of her career by winning gold in the under 70 kg category on Saturday at the European Judo Championships in Sofia, where Margaux Pinot won… 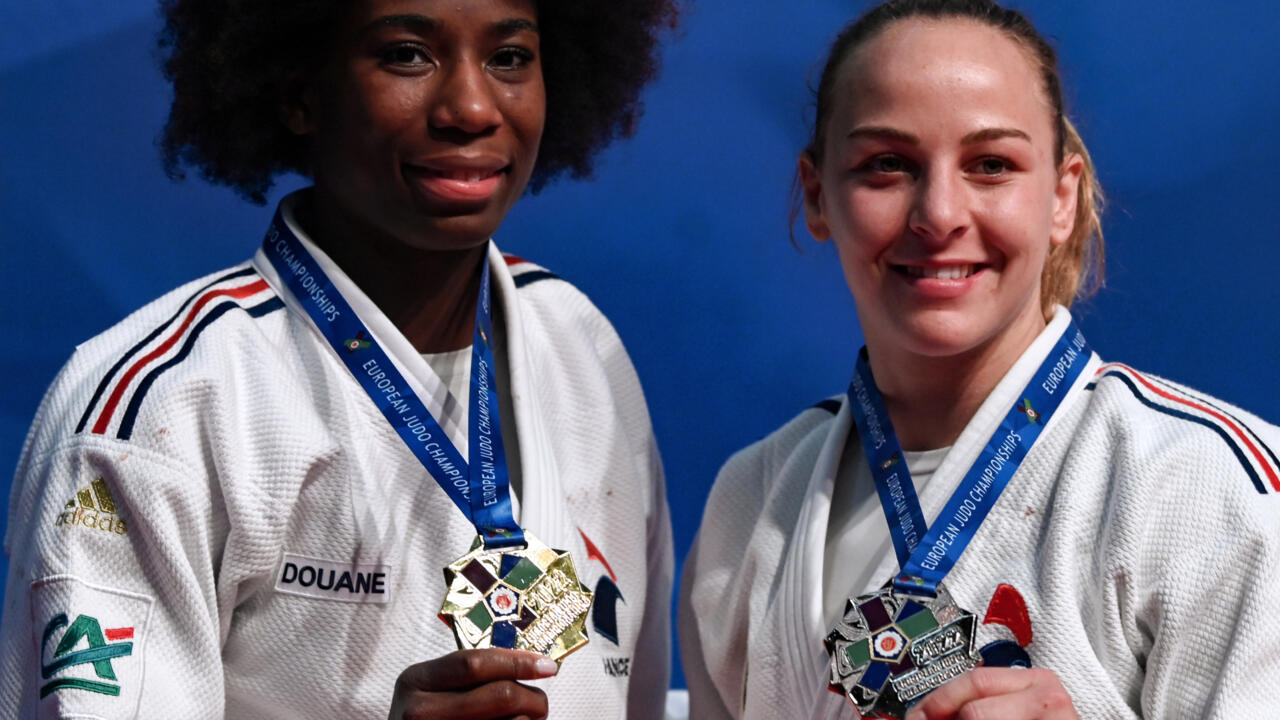 "We had to hang on," reacted Gahié, very moved after her fight for gold.

The 25-year-old Frenchwoman brings the Blues their second title in these championships, after that won by Shirine Boukli on Friday in the under 48 kg category.

In the final against the defending champion, the Dutch Sanne Van Dijke who led 5 to 1 in their face-to-face, Gahié took the upper hand with a waza-ari from the first minute.

The French Marie-Eve Gahié tries to immobilize the Dutch Sanne Van Dijke, in the final of the -70 kg category, at the European Judo Championships, April 30, 2022 in Sofia Nikolay DOYCHINOV AFP

She then managed to master the power of her opponent, but got very scared by being surprised at the very end of the fight when the Dutch initiated a last attack just beyond regulation time.

On the way to the final, the resident of Paris SG met her compatriot Margaux Pinot in the quarterfinals, whom she ended up having to bend after a tight fight concluded with penalties in the Golden Score.

The French Margaux Pinot tries to bring down her compatriot Marie-Eve Gahié, during their quarter-final (-70 kg), at the European Judo Championships, April 30, 2022 in Sofia Nikolay DOYCHINOV AFP

The two judokas should continue to fight until the Paris Olympics in 2024 where only a Frenchwoman can be selected.

After his defeat against Gahié, Pinot managed to bounce back in repechage to get the bronze.

In the final for third place, she beat Austrian Michaela Polleres, Olympic vice-champion in Tokyo.

Pinot: "I have turned the page"

The 28-year-old Frenchwoman, European champion in 2019 and 2020, won by ippon, thanks to a second waza-ari a few seconds from the end of the fight thanks to a good shoulder movement.

"There is a hint of disappointment but I think I was more precise than usual, I'm happy with that", analyzed the world N.9.

"It's another metal that I didn't have in Europe so we're collecting!"

The satisfaction of the French Margaux Pinot, after winning the bronze medal (-70 kg) by beating in the final for 3rd place the Austrian Michaela Polleres, at the European Judo Championships, April 30, 2022 in Sofia Nikolay DOYCHINOV AFP

Pinot took part in her first major championship since the resounding legal case which opposes her to her former coach and companion Alain Schmitt, whom she accuses of domestic violence and who was present in Sofia as coach of the Bulgarian team.

"I was prepared (to cross paths with him)," she said.

"Afterwards it's never the same when you prepare and when you experience things. I had to take it upon myself, especially at the start of the competition and then I moved on."

"I avoided meeting him, the team made sure that I was always accompanied and that it went well," she continued.

Before the last day of competition, France has six medals, two of each metal.

Sunday, Romane Dicko, 22 years old and individual bronze medalist at the Tokyo Games, will try to conquer a third title in as many participations in the Euro in the category of more than 78 kg.