East-West Question丨Huang Dongxing: Was the earliest Chinatown overseas the "Balian"? 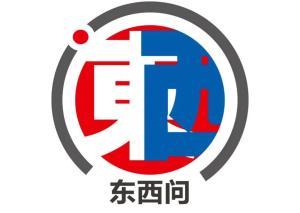 ——Interview with Huang Dongxing, president of "Chinese Business Media" in the Philippines

China News Service: How did the "Chinese society" in the Philippines form and evolve?

How has Chinese community culture changed over time?

The population of the Philippines is 110 million, and the overseas Chinese are nearly 3 million. Most of their ancestry is from Fujian, and 10% are from Guangdong. In recent years, there have been many new immigrants from other provinces.

Most overseas Chinese live in major cities in the Philippines, and about 50% live in Metro Manila.

Overseas Chinese have a fine tradition of hard work and hard work, and through the efforts of several generations, they have gradually gained a considerable position.

According to the test, the migration of overseas Chinese to the Philippines began in the late Tang Dynasty.

When Spain colonized the Philippines in 1561, it occupied Manila.

At that time, a large number of overseas Chinese from Fujian and Guangdong came to the Philippines as Chinese laborers.

In order to better control the Chinese, the Spanish colonists set up the first overseas Chinese settlement "Parian" (Parian), which is the earliest Chinatown overseas.

After generations of hard work, overseas Chinese have taken root in the Philippines.

In 1915, the Manila City Council named the main road of the Chinese-inhabited area Wang Bin Street after the Chinese-Philippine mixed-race philanthropist Roman Ongpin, which was the official beginning of Manila's Chinatown.

The statue of Wang Bin standing in Manila Church Square has been protecting the Chinese community for more than 100 years.

The statue of Wang Bin stands in Manila Church Square.

At the end of the 19th century, the population of overseas Chinese in Manila increased to 100,000, forming a certain scale of Chinese communities.

The Philippines has gradually formed an "overseas Chinese society" with Hokkien as the main language and linked by blood, industry and geography. The most notable sign is the establishment of overseas Chinese associations.

The earliest overseas Chinese association in the Philippines was the Changhe Langjun Association established in 1812. This Nanyin Association formed an association to solve "homesickness" and sang for 210 years.

From independence to the mid-1970s, Philippine nationalism was on the rise, and the government implemented a series of diaspora Philippine policies.

China News Service reporter: What does "Chinese community culture" mean to overseas Chinese in the Philippines?

How has it changed with the times?

What is the opportunity for the formation of "Filipino-Chinese culture"?

The connection between China and Southeast Asia has a long history. The traditional Chinese culture represented by Confucianism spread to this region very early with the migration of Chinese.

In the contact and exchange with local culture, traditional Chinese culture not only retains the core elements and essence, but also integrates local culture to form a "mixed culture" with Chinese characteristics.

The food, clothing, daily necessities, architectural art, kinship appellation and customs of the Philippines are clearly marked by the Southern Fujian culture.

The number of overseas Chinese who immigrated to the Philippines around the 19th century increased. The ancestors of the overseas Chinese had a great sense of "crisis" and tried their best to maintain Chinese culture. keep distance.

With the rise of China in recent decades, the atmosphere of Chinese culture, which had been weakened by the Filipino-Chinese community, has become stronger again.

In those days, the ancestors kept the "roots" of Chinese culture in order to resist being "assimilated", but now, the power of China has made the "hometown of the soul" grow stronger.

Since the beginning of the new century, the new generation of Filipinos and Chinese have integrated into the local mainstream culture. They have not denied that they are Chinese, but also identify themselves as Filipinos. There are differences in their external performance with those of overseas Chinese under the influence of traditional Chinese culture.

In recent years, the influx of a large number of new overseas Chinese has brought new vitality to the Philippine real estate, catering, consumer goods, luxury goods and other markets. Chambers of commerce in various Chinese provinces in the Philippines have sprung up like mushrooms after a rain.

During the COVID-19 epidemic, these new immigrant groups actively donated anti-epidemic materials to various governments and non-governmental organizations, showing love and expanding their "social circle", inheriting the "charitable tradition" of the Chinese community.

At present, the Chinese community in the Philippines brings together various forces, including traditional overseas Chinese and a large number of new immigrants who have moved in in recent years, and more are native Chinese, with stronger strength.

Various forces in Filipino and China are aware of "wealth and wealth", and strive to seek common ground while reserving differences to create a harmonious Chinese community.

Among them, how to promote the integration of "Filipino-Chinese culture" with Chinese culture as the matrix into Philippine culture has become an important issue.

With the improvement of the economic strength of the Chinese in the Philippines, since the 1980s, the awareness of the Chinese community to strive for legal status and rights has become increasingly strong.

Filipino-Chinese associations and Chinese-language media pursue the interests of Filipino-Chinese and seek to promote Chinese culture in the process of integrating into mainstream society, and enrich the Filipino national culture with it.

On the Lunar New Year's Eve in 2002, then-President Arroyo signed a proclamation expressing New Year's congratulations to the Chinese in the Philippines.

On January 14, 2004, she declared the Lunar New Year as a "national special working holiday".

But the announcement is only symbolic, and Filipino residents, including Chinese, still have to go to work as usual that day.

In 2011, the then-president signed a proclamation listing the 2012 Spring Festival as a "special non-working holiday" for the first time.

On January 30, 2014, on New Year's Eve, Estrada, then the Mayor of Manila, held a "New Year's Eve" banquet at the Dalian Business Hotel in Chinatown, attended by major Chinese community leaders.

The next day, Estrada, along with 2013 Miss International Bea Rose Santiago and some Philippine government officials, took a float to the main street of the Chinese district to greet the citizens of Manila for the first time.

At the beginning of the year, the Spring Festival has become a statutory public holiday in the Philippines.

Huang Xilian, the newly-appointed Chinese ambassador to the Philippines, and Moreno, the new mayor of Manila, took part in the Spring Festival celebrations on Wang Bin Street in the shape of a Chinese archway.

This is the last Chinatown Spring Festival parade before the new crown epidemic.

So far, "Filipino-Chinese culture" has actually become an important part of Philippine culture.

After the outbreak of the new crown epidemic, major Chinese community groups formed the Philippine Chinese Community Disaster Relief Fund Filipino-Chinese Anti-epidemic Committee to fight the epidemic together with Filipinos.

The anti-epidemic songs in Chinese, English and Filipino were sung on both sides of the Passi River in Manila, reflecting the millennium friendship between the Chinese and the Filipinos, blood is thicker than water.

Articles are often published in the Global Times, Observer.com, and Ming Pao monthly.

He has been concerned about the dynamics of Southeast Asian countries and Chinese communities for a long time, and often has unique views on the analysis of the integration of Chinese culture and Southeast Asian culture.