The dialogue police critical of the police's decision regarding Rasmus Paludan

Dialogue police Fredrik Jonsson criticizes the police's decision to deny right-wing extremist politician Rasmus Paludan a demonstration permit. According to him, it shows that threats and violence as a method work. - Once we have taken the step back once, these forces will see it as a truth. It is lost ground, we will not be able to move forward, he says. 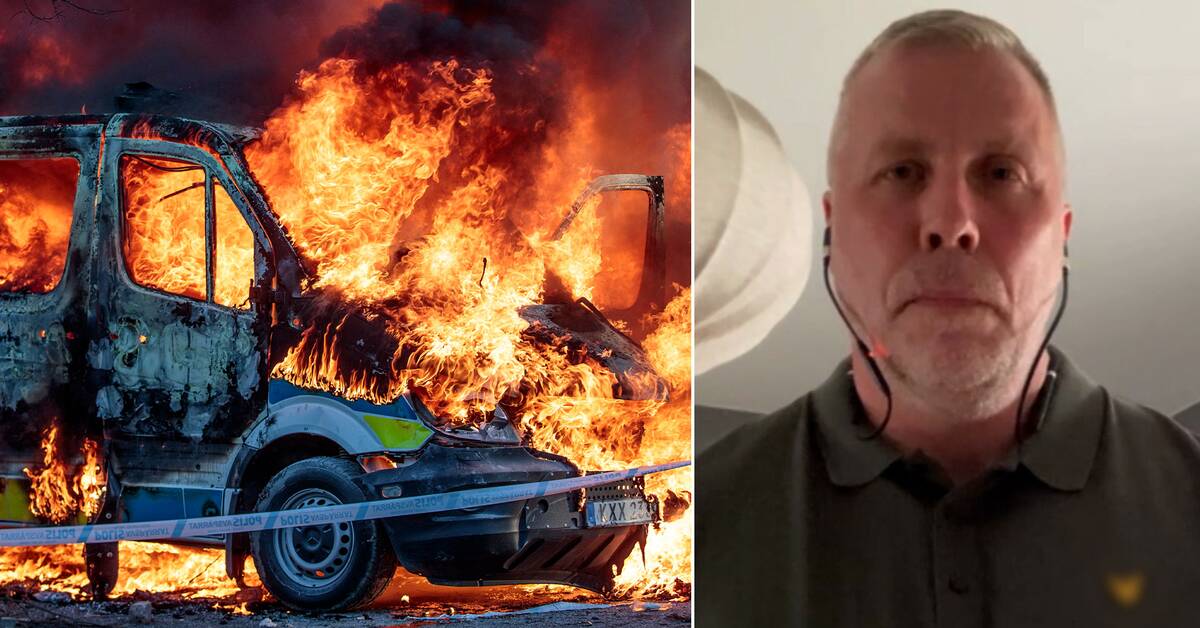 After the Easter riots, Rasmus Paludan has been denied demonstration permits in Borås, Örebro, Trollhättan, Uppsala and Stockholm during the Valborg weekend.

Fredrik Jonsson, dialogue police in Stockholm, thinks it is an unfortunate development.

In his work as a dialogue police officer, he is used to being the link between the police management and those who arrange demonstrations.

- It is a real threat to freedom of expression where the strong win over the weak.

This means that anti-democratic forces see their chance to play out democracy in society, he says.

In a debate article, which was published in Svenska Dagbladet, earlier this week, Fredrik Jonsson and the dialogue police Carl-Johan Ahlström also write that anti-democratic forces risk seeing the police's rejection as a proof that threats and violence work.

Openings in the Code of Conduct

He believes that the openings contained in the Public Order Act are used in the wrong way and do not follow practice.

- I think it is unfortunate that it has gained such weight compared to fundamental freedoms and rights and, for example, the freedom of expression constitution.

Those who exercise options must be able to count on being protected.

If the other comes to the scene and puts democracy out of play, the police authority must act, says Fredrik Jonsson.

- You must be protected according to the constitution to pursue public opinion regardless of opinion.

If it is a question of resources, Fredrik Jonsson thinks that the police should be transparent about it.

- I can have respect for the fact that the resources are not enough.

But then you have to be clear about it, come back and allow a demonstration to take place again if you are not able to do it right now.

SVT Nyheter has sought Peter Ågren, chief of staff in the Stockholm region for the special event Election 2022, but he has declined to appear for an interview.

He refers instead to the comment made in connection with the rejection of the demonstration in Stockholm being announced on Thursday.

- It is the task of the police to maintain public order and security and to otherwise ensure protection for the public.

It is also the task of the police to ensure constitutionally protected freedoms and rights.

The question of Rasmus Paludan's demonstration status is complex because one needs to strike a balance between human security and the constitutionally protected right to express one's opinion.

We are also waiting for the Administrative Court's decision for guidance before future assessments, Peter Ågren said then.