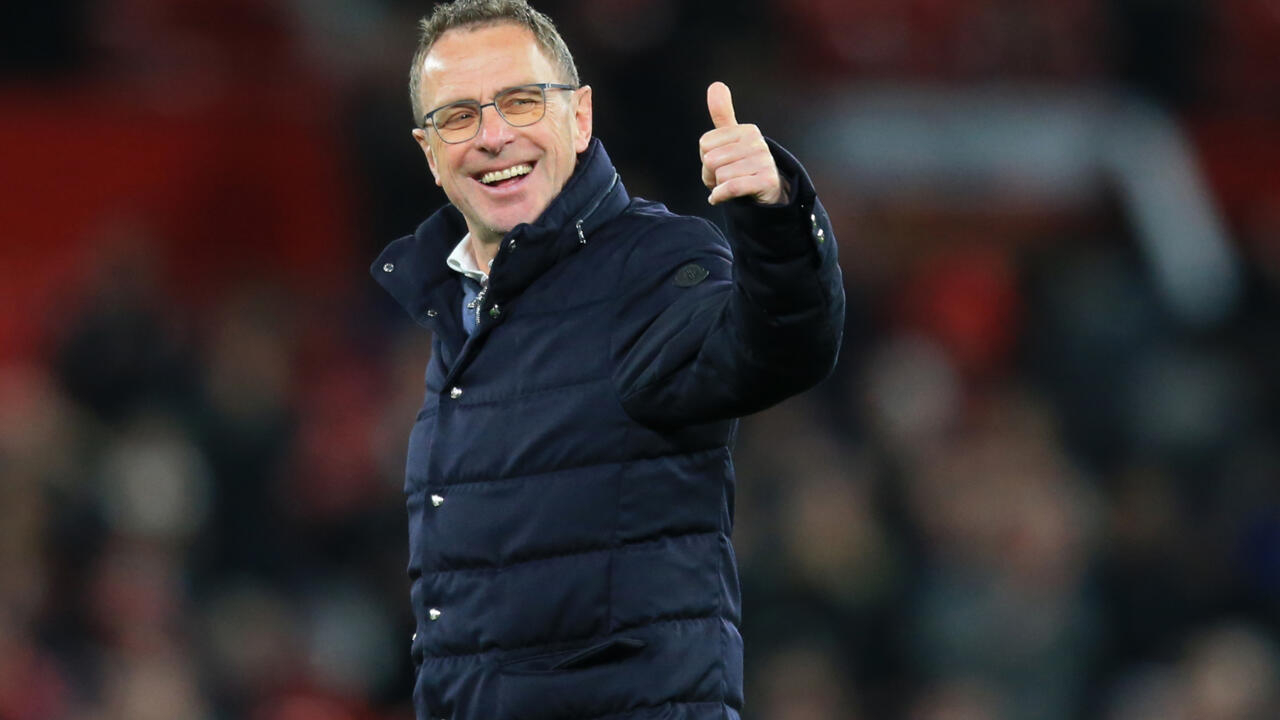 The 63-year-old German, who will also remain an adviser to the English club, will initially sign for a period of two years.

His contract will be automatically extended by two years if he manages to qualify Austria for Euro-2024 which will take place in Germany, his native country.

"I will take charge of the Austrian national team at the end of the season, but I will continue my consulting activity with Manchester United", explained the German technician in a press release published by the English club, saying he was "honored" by his appointment as head of Austria, 34th in the FIFA rankings.

Rangnick will spend a maximum of six days a month at Manchester United, the Austrian federation said.

Rangnick will manage David Alaba and his team-mates for the first time at the end of May for Nations League matches against Croatia, Denmark and France.

Rangnick previously worked in Austria as sporting director of RB Salzburg between 2012 and 2015.

Passed in particular by Schalke 04, Hoffenheim and RB Leipzig, he joined Manchester United in December 2021, where he succeeded the Norwegian Ole Gunnar Solskjaer, but since his arrival, the "Red Devils" have hardly regained color: they are in 6th place in the English Championship, 25 points behind leader Manchester City and risk missing out on qualifying for the Champions League.

Manchester United caretaker manager Ralf Rangnick of Germany greets Portugal striker Cristiano Ronaldo as he is substituted during the Premier League Round 20 match against Burnley on December 30, 2021 at Old Trafford Oli SCARFF AFP/Archives

Manchester United announced last week the arrival this summer as coach of Dutchman Erik ten Hag, who has managed Ajax Amsterdam since 2017.

Austria had been without a coach since the departure at the end of March of Franco Foda after the defeat of his team in the play-off match for the World Cup-2022 against Wales (2-1).

Foda, in office for more than four years, had allowed Austria to participate in the last Euro, where it had reached the round of 16 (2-1 defeat in overtime against Italy, future European champion).