Euro-2022: in Sofia, French judo relies on its female contingent

In the absence of its stars Teddy Riner and Clarisse Agbégnénou, French judo is counting on its ambitious female contingent, Romane Dicko and Amandine Buchard in the lead, to collect the medals... 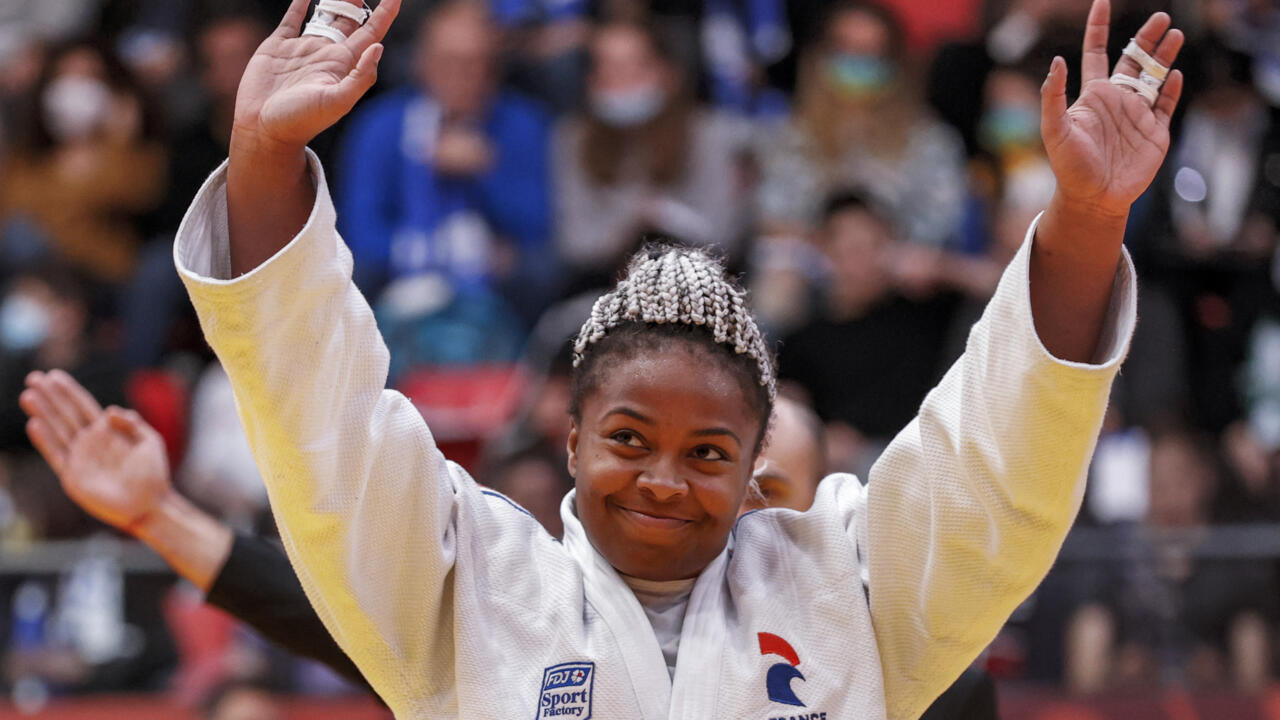 After an internship in Brazil in March, Riner continues her preparation, while Agbégnénou awaits the birth of a little girl before the summer.

But even without its leader, the women's team can shine, and when it came to establishing the entry list, the strong competition did not make it easy for the coaches.

In the end, it was with an armada of five Olympic medalists from Tokyo that Les Bleues appeared on the Bulgarian tatami mats.

Without forgetting Priscilla Gneto (-57kg), bronze medalist at the 2012 Olympics, or the promising Shirine Boukli, 23 years old and world No.2 in the under 48 kg category.

"Problem of the rich"

"Among women, as usual, we had difficult choices to make. It's a problem for the rich, as long as it lasts ...", welcomed Larbi Benboudaoud, the boss of the Blues.

Before the start of the competition on Friday, confidence seems in any case in the women's camp.

"In all categories, we can win the title, I'm sure we'll do 7 out of 7 this weekend," says Romane Dicko.

For her third participation in a European championship, the 22-year-old judoka hopes to conquer a third title.

"I touch wood, I've never lost yet in the European Championship. I don't want it to start there, so I'm preparing for the best," she adds.

"Everything is going very well. Since the Games, I have found my best form. I am good on the mat, good in my head, in my body."

This first major international championship since the Olympic Games last summer is also a major step in the perspective of the Paris-2024 meeting.

"You have to mark the spirits and the shot at each competition to show that I am there", continues Dicko.

"That's what I look for in every competition: to establish my status for the Games."

"By category, we have 2-3 girls who enter the Olympic race", estimates for her part Amandine Buchard, world N.1 in her category in the -52 kg category.

"It's positive because we're pulling each other up. We're all trying to be better than each other. I think it's a very good momentum that will take us to Paris, and to Paris we will bring back a lot of medals," she said.

The men's team, on the other hand, has lower ambitions for this Euro.

"For boys, it's a little different," concedes Larbi Benboudaoud.

"There are a lot of athletes who are going to do their first European championship. What we are going to watch above all is their behavior. We are going to be very vigilant about the attitude and the commitment," he explains. -he.

Among these newcomers is Joseph Terhec, one of the few to have one day brought down Riner (it was in October 2020 at the French Team Championships).

"It's my first big meeting with seniors, so there's a little pressure and apprehension," he admits.

"Especially since I'm in a category where there is already a hell of a leader, so if I want to take over, I have to perform well."

"Afterwards, I have confidence in my abilities, I showed in the last competitions that I had my place," he says.