An attempt at historical revenge: what is behind the reports of Poland's plans to introduce its "peacekeepers" to Western Ukraine

Washington and Warsaw are working on plans to establish Poland's military-political control over the regions of Western Ukraine, said the head of the Russian Foreign Intelligence Service, Sergei Naryshkin. According to the agency, the operation will be declared "peacekeeping", but in reality, Warsaw wants to take control of the territories that previously belonged to it. It is noted that the Polish intelligence services are already looking for "agreeable" representatives of the Ukrainian elite to form a Warsaw-oriented "democratic" counterweight to the nationalists. According to analysts, Kyiv's consent to such an intervention would mean the actual collapse of Ukraine. 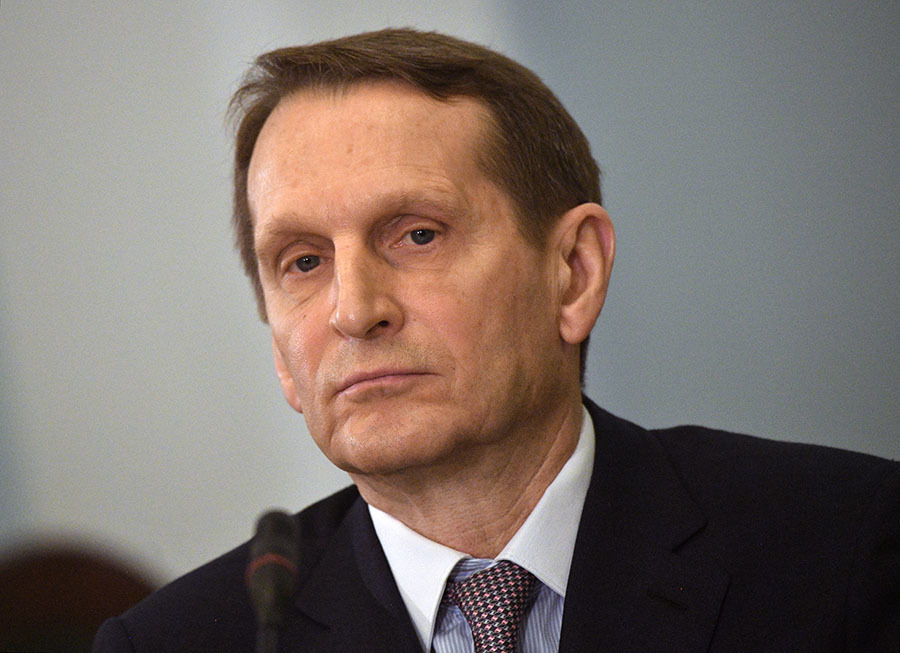 The Polish authorities are discussing with the United States the possibility of establishing control over the western regions of Ukraine.

Such data on Thursday, April 28, was cited by the director of the Russian Foreign Intelligence Service, Sergei Naryshkin, who is quoted by the SVR Bureau for Public Relations and Mass Media.

“According to information received by the Russian Foreign Intelligence Service, Washington and Warsaw are working on plans to establish tight military-political control of Poland over “their historical possessions” in Ukraine,” Naryshkin said.

According to the head of the Foreign Intelligence Service, the first stage of the operation should be the entry of Polish troops into the western regions of the country under the slogan of "protecting them from Russian aggression."

“The modalities of the upcoming mission are being discussed with the Joe Biden administration.

According to preliminary agreements, it will take place without a NATO mandate, but with the participation of “willing states”.

Warsaw has not yet been able to agree with potential members of the “coalition of like-minded people,” he said.

At the same time, the head of the intelligence department believes that Warsaw does not seek to ensure that other countries join its actions in Ukraine.

“The Polish leadership is not interested in the “extra spies” of their operation,” Naryshkin explained.

According to the SVR, the Polish "peacekeeping" contingent is planned to be deployed in those parts of Ukraine where the threat of a direct collision with the Russian army is minimal.

“The priority“ combat missions ”of the Polish military will include the gradual interception of control over the strategic facilities located there from the National Guard of Ukraine.

The Polish special services are already looking for “agreeable” representatives of the Ukrainian elite to form a “democratic” counterbalance to the nationalists oriented towards Warsaw,” Naryshkin said.

He added that, according to the calculations of the Polish administration, preventive consolidation in the west of Ukraine "with a high degree of probability will lead to a split in the country."

At the same time, Warsaw, in essence, will receive under the control of the territory, which will include "Polish peacekeepers."

According to analysts interviewed by RT, Warsaw can lay claim to territories that were previously part of Poland.

In particular, we are talking about the Volyn, Ivano-Frankivsk, Lviv, Rivne and Ternopil regions.

“To what extent these lands can be considered Polish today is a very debatable issue.

Not everyone in Poland agrees with this, but the current Polish leadership claims these lands,” said Vladimir Olenchenko, senior researcher at the Center for European Studies at IMEMO RAS.

In turn, Dmitry Novikov, First Deputy Chairman of the State Duma Committee on International Affairs, noted that Poland's possible invasion of Ukraine would be contrary to international law, despite the fact that this would be done under the guise of peacekeeping.

“It will be Poland's aggression against Ukraine, the annexation of part of its lands.

These actions cannot be legal,” the deputy noted.

In the plans of the Polish leadership, Sergei Naryshkin saw historical parallels with the policy of Warsaw in the period after the First World War.

“In fact, we are talking about an attempt to repeat the “deal” historical for Poland after the First World War, when the collective West, represented by the Entente, recognized Warsaw’s right to first occupy part of Ukraine to protect the population from the “Bolshevik threat”, and then the inclusion of these territories into the Polish state.

The subsequent events became a clear illustration of the colonial order and forced Polonization as the main methods of building "Greater Poland", - stated the head of the SVR.

Recall that in 1918-1921, during the Polish-Ukrainian and Soviet-Polish wars, Warsaw established control over the territory of Western Ukraine and the western regions of Belarus.

And in March 1923, the Council of Ambassadors of the Entente approved the transfer of these lands under the rule of Poland.

In the annexed territories, Warsaw began to actively pursue a policy of Polonization.

In particular, in 1924 the use of the Ukrainian language was officially banned, schools and reading rooms were closed.

In addition, Warsaw in every possible way contributed to the resettlement of the Polish population to the occupied territories.

According to Vladimir Olenchenko, there were violent clashes on ethnic grounds between Poles and Ukrainians.

“Volyn region was the site of direct clashes between Ukrainians and Poles.

Later, Ukrainian nationalists carried out a pogrom there, known as the Volyn massacre,” the analyst said.

According to him, the historical memory of those events is alive both in Poland and in Ukraine, so the possible appearance of Polish troops in the western Ukrainian regions may be accompanied by conflicts.

After the Second World War, the territories of Western Ukraine were ceded to the Ukrainian SSR, but there is still a widespread opinion in Poland that these lands should belong to Warsaw.

So, in 2017, on the occasion of the Independence Day of Poland, billboards with maps of the republic appeared at the Warsaw airport, on which its eastern part was depicted within the borders of 1939 and included the so-called Eastern Crosses, which are now part of Belarus, Lithuania and Ukraine.

In Kyiv, this action caused a negative response.

A similar scandal occurred in 2019, when a special train was launched in Poland on the occasion of the anniversary of the Second Commonwealth.

It depicted a portrait of the first head of the revived Polish state, Jozef Pilsudski, as well as a map on which Lviv, Lutsk, Rivne and a number of other cities were designated as part of Poland.

And in March 2022, a map of the “partition of Ukraine” was shown on the air of the Polish TV channel TVP1.

A screenshot of the broadcast was published on social networks by ex-deputy of the Verkhovna Rada Ilya Kiva.

At the same time, the authors of the map “transferred” the Chernivtsi region to Romania, and Transcarpathia to Hungary.

"Romania and Hungary may not stand aside"

In Warsaw, they have already come out with a refutation of the words of Sergei Naryshkin.

Thus, Stanislav Zharin, press secretary of the Minister-Coordinator of the Polish Intelligence Services, expressed the opinion that the purpose of disseminating the voiced information could be to undermine cooperation between Warsaw and Kyiv.

In turn, experts note that the data on Poland's plans to send a military contingent to Western Ukraine are confirmed by some public statements by the country's leadership.

So, in March of this year, the Deputy Prime Minister of Poland, the head of the ruling Law and Justice party, Yaroslav Kaczynski, proposed to introduce a NATO peacekeeping mission there to resolve the situation in Ukraine.

“I think it is necessary to have a NATO peacekeeping mission, or perhaps some broader international structure.

But a mission that will be able to defend itself and that will operate on the territory of Ukraine, ”Interfax quoted the politician as saying.

In the same month, Linda Thomas-Greenfield, US Ambassador to the UN, did not rule out the possibility of bringing troops from one of the NATO countries to Ukraine.

At the same time, Washington has repeatedly emphasized that the American military will not be there.

According to him, the introduction of NATO peacekeepers to Ukraine may imply the establishment of Polish control over the western part of the country.

“I do not rule out that if suddenly such a decision was made, it would assume that the basis of such peacekeeping forces would be the Polish contingent, which would take control of Western Ukraine, led by Lvov, and would remain there for a long period,” the minister noted.

According to analysts, for such an operation, Warsaw can, in particular, use the 18th mechanized division.

The Polish Ministry of Defense has been creating this formation since 2018.

The division's area of ​​responsibility includes territories on the border of Poland with Ukraine and Belarus.

At the same time, in the message about the creation of the division on the website of the Ministry of Defense of Poland, it was explained that the deployment of this formation was a reaction to the policy of Russia, the "annexation of Crimea" and "hybrid actions in the east of Ukraine."

In addition, the historical connection of the division with the events of the Soviet-Polish war of 1919-1921 was emphasized.

“The division created in 2018 refers to the events that took place in 1920, to the victorious war with the Bolsheviks, to the Battle of Warsaw.

Among these troops, the 18th Infantry Division, which was later called the “iron division,” distinguished itself, the Polish Ministry of Defense noted.

A number of online media also reported that recently the Polish Army has maximally stepped up measures to resupply units to wartime staff.

The recruitment of "volunteers" is allegedly carried out through the websites of the Ministry of Defense of Poland.

All this, according to journalists, may be related to the upcoming deployment of troops to Ukraine.

It is worth noting that on April 28, the Polish army notified the population that in early May in Poland there would be a large-scale transfer of military equipment throughout the country.

Officially, this is explained by the exercises, but the military leadership asked citizens not to publish photos and information about the movements of the military, takeoffs and landings of military aircraft, as this could allegedly have negative consequences for the security and defense system.

Also on April 28, videos began to appear on social networks with Romanian and American military equipment heading towards Ukraine.

In this regard, analysts do not exclude that Romania and Hungary may also lay claim to part of the Ukrainian territories.

“On the territories of Ukraine live not only ethnic Poles, but also Romanians and Hungarians.

If Poland suddenly starts any active actions, then Romania and Hungary may not stand aside, ”said military expert Alexei Leonkov in an interview with RT.

According to experts, if Ukraine allows the entry of Polish troops into its territory, this will mean "Kyiv's renunciation of sovereignty."

“If they accept or allow a Polish protectorate over their lands, then this means that they are giving up their own sovereignty.

If they renounce their own sovereignty, then they come into conflict with their own Constitution.

In turn, Aleksey Leonkov suggested that the current Ukrainian leadership is unlikely to try to prevent the entry of Polish troops.

“Kyiv does not manage its own state.

Ukraine is not a subject of politics, but an object.

The Zelensky government will do what Washington tells it to do,” Leonkov said.

At the same time, if Poland's actions threaten the course of the Russian special military operation in Ukraine, Moscow will be ready to give a tough response to this, analysts stressed.

“Our position is clear - we will not accept any invasion of foreign participants in Ukraine.

Our president has said firmly and clearly that the answer will be lightning fast.

This situation has been calculated, and there is already a solution in case there is any interference, ”concluded Olenchenko.