At the same time as many manufacturing industries in Jönköping County have difficulty finding staff, there continue to be fewer and fewer students applying for industrial engineering education at upper secondary school. But the Gnosjö spirit's knowledge center is going against the flow. The number of applicants is now increasing there. 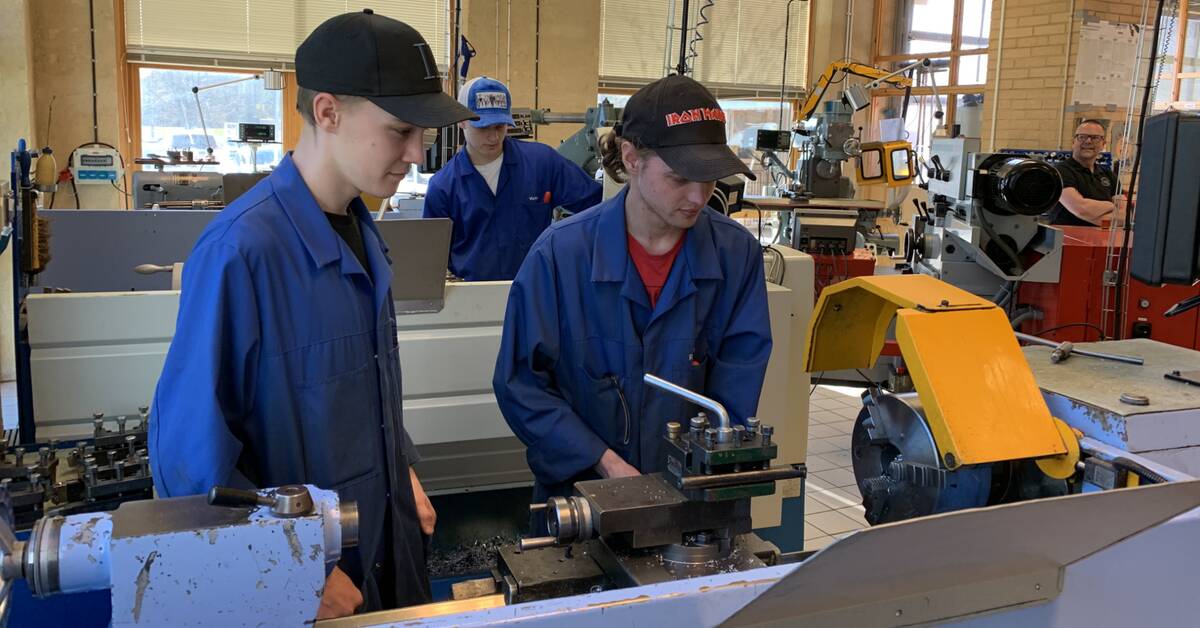 - We have eleven more applicants this autumn.

Eleven may seem a bit, but we do not have the opportunity to receive more as it looks right now, says Malin Ekman, deputy principal at GKC.

In previous years, the number of applicants for the industrial engineering program in Gnosjö has been between six and eight people.

In the neighboring municipality of Gislaved, according to the Chamber of Commerce in Jönköping County, there are no applicants for industrial engineering students and in Värnamo only a few.

In the county's largest municipality, Jönköping, the apprenticeship academy with a corresponding education has nine more applicants this autumn.

There are four more students than last year.

Holavedsgymnasiet in Tranås is also one of the schools that has more applicants than before.

Twelve students are admitted to industrial technology this autumn.

It shows figures that the Chamber of Commerce in Jönköping County has read.

- There are far too few to even at close quarters meet the need, says Annika Cederfeldt, head of business policy at the

Chamber of Commerce in Jönköping County.

Will be a welder

Måns Titusson from Burseryd in Gislaved municipality is currently in his first year of industrial technology in Gnosjö.

The goal is to become a welder, but despite the fact that Gislaved's gymnasium had been a natural choice because it is closer, it became GKC.

- I really enjoy it.

Among other things, I chose this education because my friend tipped me.

The students we meet here will be attractive on the labor market and Måns Titusson says that he already has two jobs besides school.

In the clip above, the deputy principal explains why she believes that the school still manages to attract industrial students.