Coinciding with the 27th night of Ramadan, the Israeli occupation tightens its security grip and deploys 3,000 personnel in the vicinity of Al-Aqsa

Al-Jazeera correspondent said that the Israeli occupation forces deployed about 3,000 members in the vicinity of Al-Aqsa Mosque and the Old City of occupied Jerusalem, coinciding with thousands of Palestinians seeking to celebrate the Night of Power in Al-Aqsa Mosque. 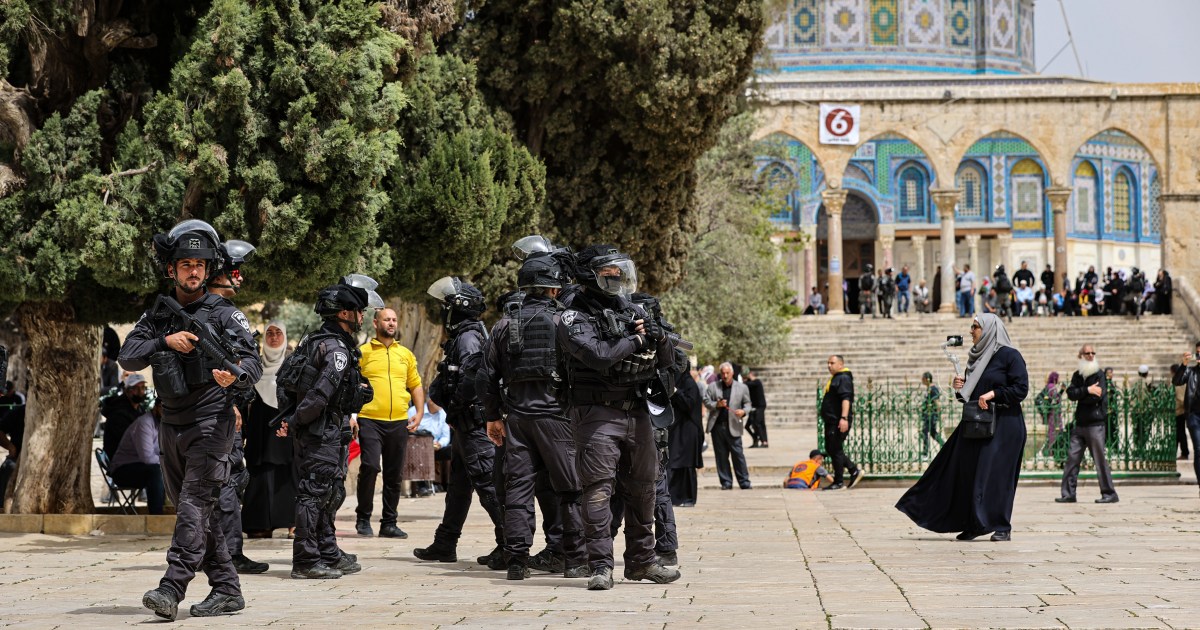 Al-Jazeera correspondent said that the Israeli occupation forces deployed about 3,000 members in the vicinity of Al-Aqsa Mosque and the Old City of occupied Jerusalem.

This comes in the context of security restrictions on thousands of Palestinians who headed from the West Bank to the Israeli crossings leading to the city of Jerusalem, where the blessed Al-Aqsa Mosque is, to commemorate the 27th night of Ramadan (the Night of Power).

The Qalandia (north of Jerusalem) and Bethlehem (south) crossings witnessed heavy congestion on the route of those entering the city, according to eyewitnesses who spoke to Anadolu Agency.

Ibrahim Azzam (from Nablus) said that he tried to enter the city of Jerusalem, to no avail, due to the Israeli restrictions on the checkpoints.

The Israeli authorities impose on the Palestinians of the West Bank to cross the crossings leading to Jerusalem on foot, and do not allow their vehicles to enter the city.

Israel prevents all residents of the Gaza Strip from praying in Al-Aqsa Mosque.

Since the beginning of Ramadan, tension has prevailed in Jerusalem and Al-Aqsa Square, as a result of daily incursions into the mosque.

Earlier today, Wednesday, the body of the young Ahmed Massad was buried in Jenin camp, and the Israeli occupation forces had killed Massad and wounded 4 Palestinians during their storming of the camp at dawn today.

The occupation army announced that its forces launched an operation in Jenin camp and some nearby villages, and that gunmen confronted its forces and clashed with them during their storming of the camp to arrest wanted persons, as he put it.

For its part, the Palestinian Prisoners' Club said that the Israeli occupation forces arrested 18 Palestinians from different parts of the West Bank and were concentrated in Jenin Governorate.

Palestinian activists broadcast on social media video clips of the dawn raid on Jenin and its camp by the Israeli army.

The pictures show the deployment of Israeli forces in the alleys of Jenin refugee camp, and snipers ascending the roofs of a number of houses prior to confrontations with Palestinian youths, during which the occupation forces killed a young man and wounded 3 others.