The second half of this last week of April will be marked by unstable weather, typical of spring, with rains, showers, afternoon storms and temperatures... 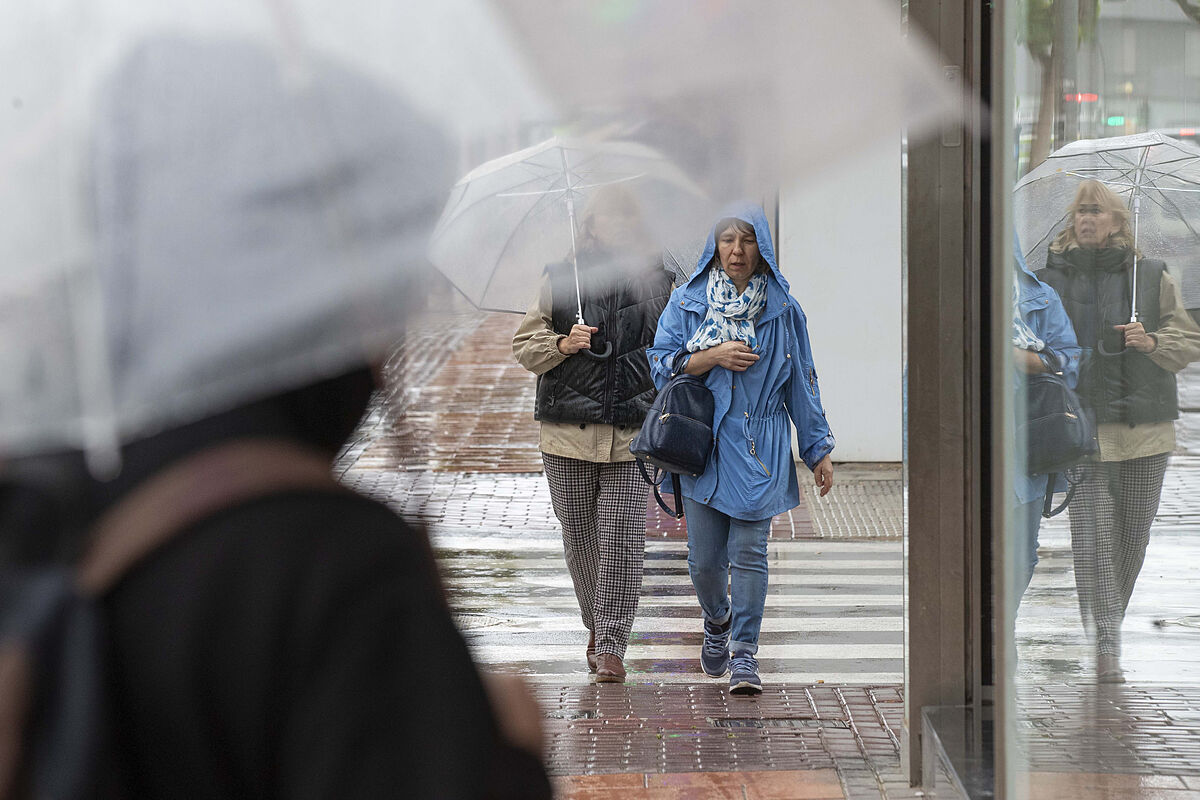 , typical of spring, with rains, showers, afternoon storms and pleasant temperatures, as expected by the State Meteorological Agency (AEMET).

The AEMET spokesman, Rubén del Campo, has indicated that this Thursday

scattered storms in the afternoon

, both on Friday and weekend.

, it is expected that they will rise in a general way and recover their own values ​​for this time of year, especially throughout the weekend.

"We are talking, therefore, of typically spring weather, with those mild temperatures and showers in the afternoon," he summarized.

Specifically, Del Campo predicts that this Thursday the unstable environment in the Peninsula and the Balearic Islands will continue, with showers and locally strong storms that could again be accompanied by hail, especially in the south of Aragon, east of Castilla-La Mancha, half south of the Valencian Community, Eastern Andalusia and Ibiza.

In addition, he warns that the

rainfall could be accompanied by mud

due to the presence of dust in suspension in the Mediterranean and the Balearic Islands.

western third and in the north of Catalonia

, rainfall will be less likely and, this day, temperatures will drop a little more in the southeast of the Peninsula, where overcast skies and storms are expected.

The recovery of temperatures will begin this Thursday and, for example, will be around 25ºC, 23ºC in Badajoz, 21ºC in Madrid and about 17ºC in Bilbao.

"It will still be a little cool in the center, the southern half, but it will be warm in the extreme northeast," he said.

However, in large areas of the interior

, daytime evolution clouds will grow that will leave showers in the afternoon

, especially in the northern half and in areas of the peninsular center.

Some of those showers may be more intense.

Temperatures will rise "clearly" in almost all of Spain, up to 6 or 8 degrees Celsius in areas of the two plateaus and the southeast.

The spokesman predicts that in cities such as Badajoz, Córdoba, Seville, Zaragoza or the city of Orense they

In this way, he foresees a "more temperate environment, with temperatures typical for this time of year", although the

skies will be cloudy and with dust in suspension

that could persist on Saturday.

Finally, he expects a

, "typically spring", with slightly cloudy sunrises and an increase in clouds of evolution from noon.

These clouds will in many cases lead to storm clouds, called

This will occur especially in the North, Center and East of the Peninsula, especially in mountainous environments and nearby areas, where scattered showers are expected and accompanied by storms and that in some cases could reach strong intensity, without ruling out that they are locally accompanied by hail.

In the western third of the Peninsula they will be less likely.

will continue , although temperatures will not vary too much over the weekend or will rise slightly in the central area and in the southern half, with daytime highs above 20ºC and even in Badajoz, Seville and Córdoba will probably reach

, expect days with trade winds that will blow "with a certain intensity" and cloudy skies in the north of the islands of greater relief due to the rains that these trade winds drag.