"Remove the Ministry of National Defense, it's dangerous" President Moon erected the day before Yongsan

Following President Moon Jae-in's serious criticism of the prosecution in an interview with a broadcaster, he continued to criticize the relocation of President-elect Yoon Seok-yeol's office and remarks toward North Korea. 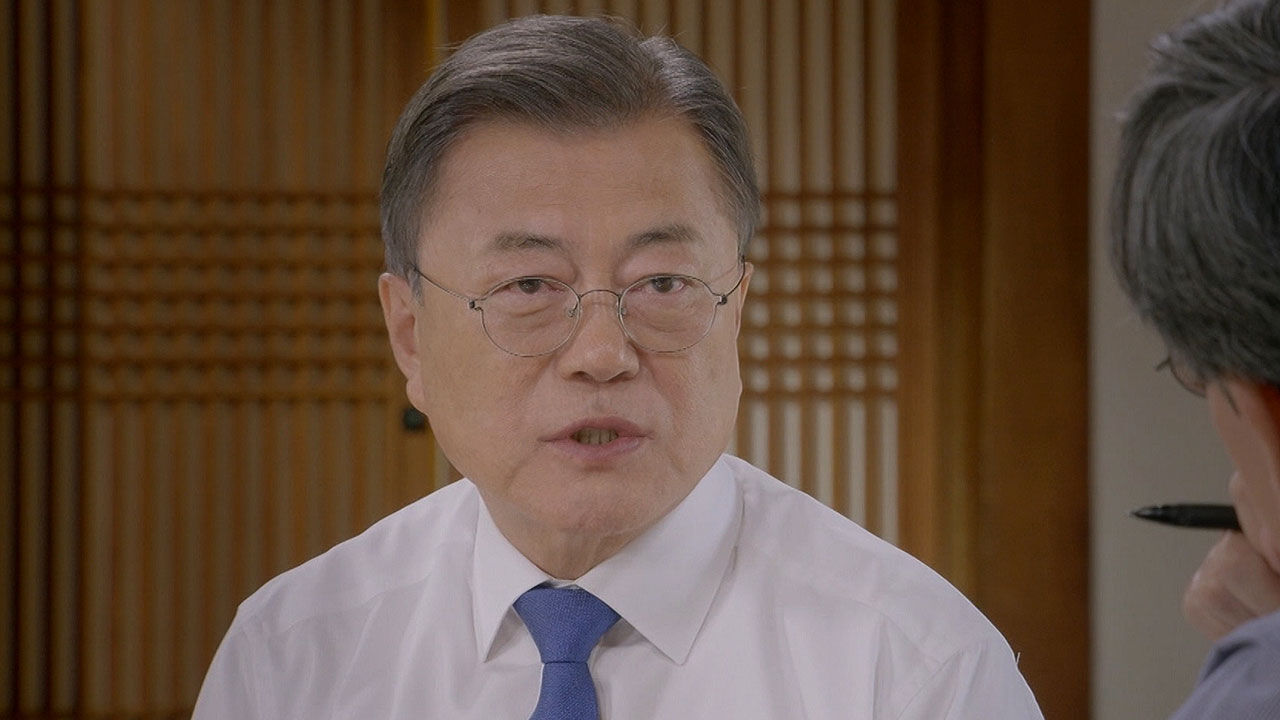 Following President Moon Jae-in's serious criticism of the prosecution in an interview with a broadcaster, he continued to criticize the relocation of President-elect Yoon Seok-yeol's office and remarks toward North Korea.

This is Reporter Junmo Moon.

In an interview with JTBC broadcast on the night of the 26th, President Moon Jae-in said, "I don't think so" about the plan to relocate the Oval Office to Yongsan, which is being promoted by President-elect Yoon Seok-yeol.

In particular, he said that it was difficult to accept that the office was moved during a regime change without a process of gathering public opinion or sufficient discussion.

-in: During the regime change, when the security crisis is at its height, just leave the Ministry of National Defense by the end of March, get out of the room, I think it is really dangerous.]

He pointed out that remarks toward North Korea could escalate tensions and that he was inappropriate as a national leader.

Yoon Seok-yeol talking about a pre-emptive strike (about North Korea) or fixing burlesque are inappropriate expressions for a national leader.]

He also said that he said he could do it, but it was only for election purposes, and he said he thought it would be different if he became president.

He said that it was natural to oppose the abolition of the Ministry of Gender Equality and Family, which Yoon had promised as a promise, saying that it was a bit reckless at the time and that it was an argument that was not correct at the time.

It seems likely that the conflict between the old and the new powers may escalate again as President Moon continues to criticize Yoon's side from the reform of the prosecution, the relocation of the office, and the diplomatic and security issues.