Pakistan: 4 dead, including 3 Chinese, in an attack claimed by Baloch separatists

Three Chinese nationals and their driver were killed by an explosion on Tuesday April 26 in Karachi, Pakistan. The director of the city's Confucius Institute was among the victims. 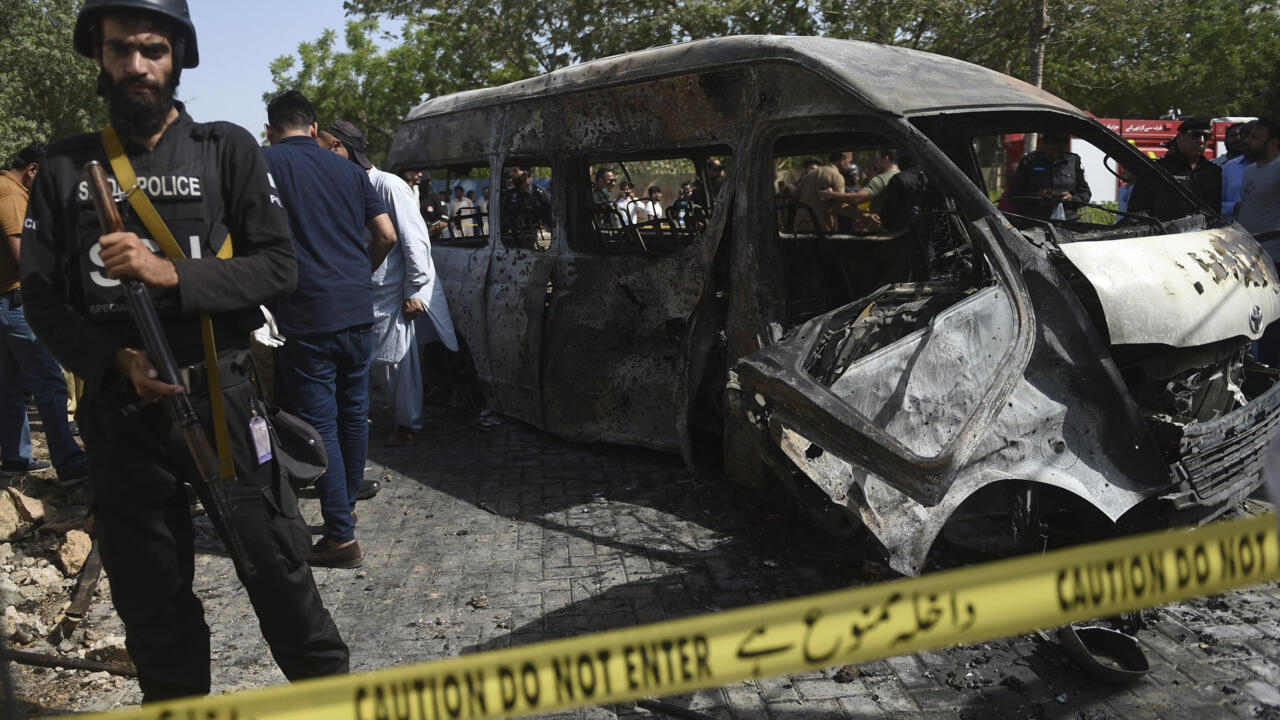 Pakistan: 4 dead, including 3 Chinese, in an attack claimed by Baloch separatists

A female suicide bomber from a Pakistani separatist group killed four people, including three Chinese nationals, in an attack on a vehicle carrying staff from the Confucious Institute affiliated with the University of Karachi, on April 26, 2022. AFP - RIZWAN TABASSUM

Three Chinese nationals and their driver were killed by an explosion on Tuesday April 26 in Karachi, Pakistan.

The director of the city's Confucius Institute was among the victims.

CCTV footage shows a person wearing a burqa walking to the van carrying the victims, followed by an explosion at 1:52 p.m. local time.

On board the vehicle was Huang Guiping, the director of the Confucius Institute, a Chinese lecturer and teacher, and their Pakistani driver, according to a spokesperson for the University of Karachi

It was on this large campus in southern Pakistan, near a canteen run by the rangers, the paramilitaries responsible for protecting the Confucius Institute, that what took place,

according to the police quoted by Geo News

, could be a terrorist attack targeting Chinese interests.

The area has been cordoned off, the investigation is ongoing.

Responsibility for the attack was claimed by the Majeed Brigade, part of the Balochistan Liberation Army.

in major infrastructure projects carried out within the framework of the "silk roads" and the Sino-Pakistani economic corridor, whom they accuse of not serving the interests of the inhabitants.

were killed in a

car attack on a bus transporting personnel working on a hydroelectric dam in the northwest of the country.

A month later, a Chinese convoy

was targeted in Balochistan.

in an attack targeting foreign investors,

attempted to storm the Chinese consulate in Karachi.

The attack was condemned by the Pakistani vice-president and the speaker of the National Assembly.

a cowardly act of terrorism

I am deeply bereaved by the loss of precious human lives, including those of our Chinese friends

,” he tweeted, promising to bring the culprits to justice.