Inexperienced pandas failed to mate - no young this year either

The staff at the Zoo in Copenhagen had recharged properly so that it would be the third time for Mao Sun and Xing Er. But despite imported urine and other preparations, there will be no panda cub this year either. The young tu did not know how to do ... 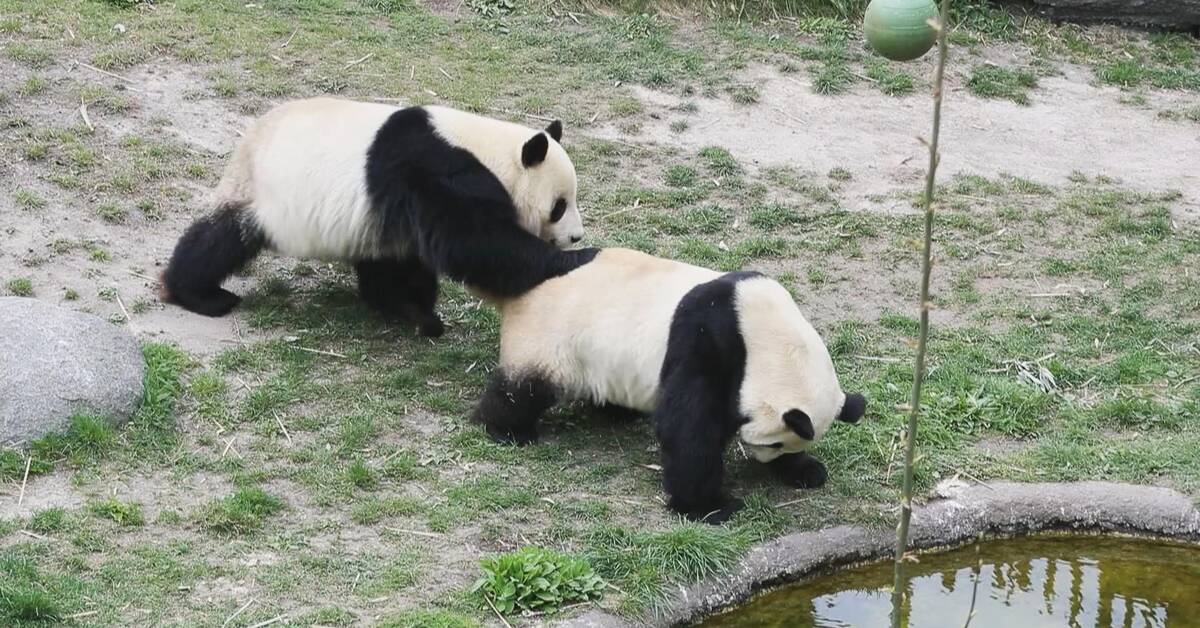 It is difficult to get pandas to reproduce in captivity.

At the Zoo in Copenhagen, they have tried to get to it before and on Monday it was time for a new attempt.

But despite the fact that the male was more interested this year, nothing happened.

- They simply do not know how to do it and they only have to practice once a year, says Mats Bertelsen at Zoo to Danish TV2 Lorry.

- We experience that they have difficulty synchronizing.

When he pretends, she is preoccupied with other things and vice versa.

See the pandas' mating attempts in the clip.

The preparations were meticulous before the experiment.

The male Xing Er is partly raised by humans and therefore needs some help on the run to get interested.

The zoo had imported urine from other panda males to get him in the mood.

They had also armed themselves with, among other things, rifles and fire extinguishers in order to be able to separate the two if there was a fight when they first got to meet.

And so it was.

But the two had to breathe out and then they could approach each other in a little calmer ways.

Although there was no mating.

Pandas can only be fertilized for a handful of days during the year.

So now Copenhagen has to wait until next year and hope that the two pandas are more experienced then.