Three businessmen, accompanied by a former NASA astronaut, are due to land off Florida on Monday aboard a SpaceX spacecraft, after spending two weeks in the Station… 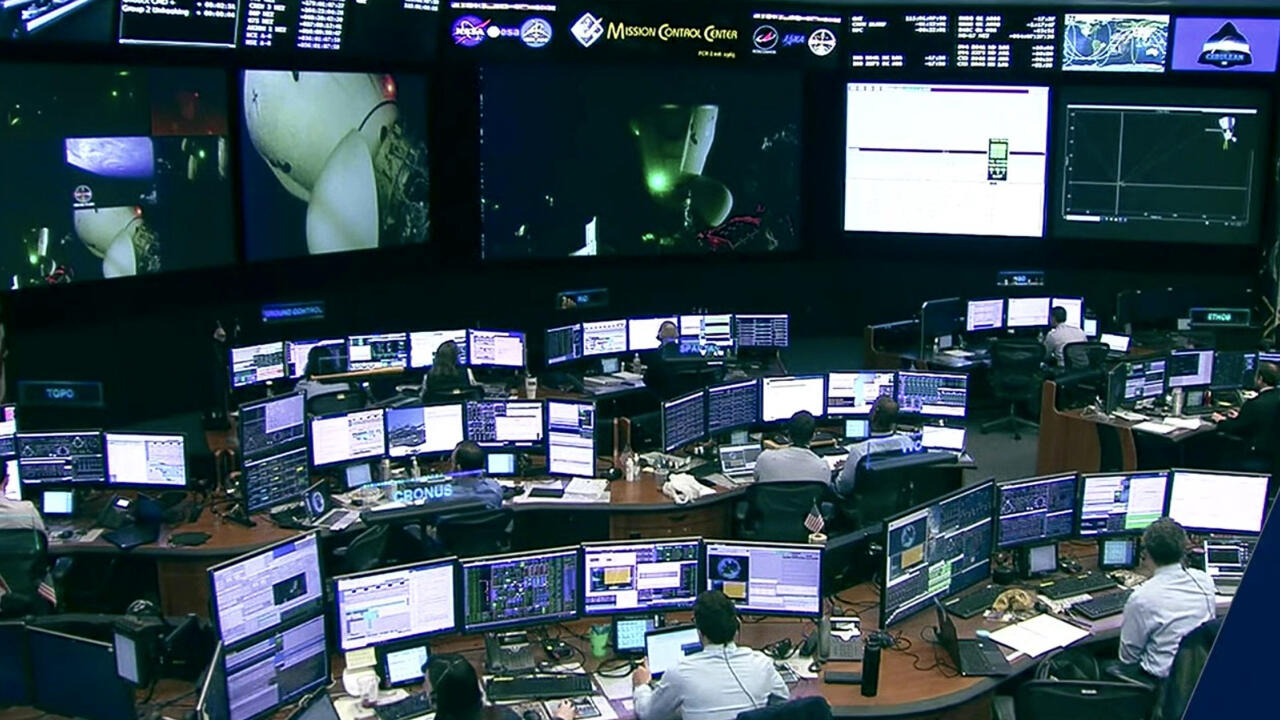 The capsule and its four passengers must touch sea around 1:06 p.m. local time (5:06 p.m. GMT) after a dizzying descent.

They will be slowed down by their entry into the atmosphere, and finally by huge parachutes.

Then they will be picked up by a SpaceX ship.

Named Ax-1, this mission organized by the American company Axiom Space was the first entirely private to go to the International Space Station (ISS).

Axiom bought the means of transport from SpaceX, and paid NASA for the use of its station.

The four crew members -- three customers who paid tens of millions of dollars each, and former Spanish-American astronaut Michael Lopez-Alegria -- took off on April 8 from Florida.

They had arrived on the ISS the next day, and were initially only supposed to spend eight days there.

But their departure had to be postponed several times last week due to bad weather conditions.

“Thank you again for all the support during this adventure, which has lasted longer and been even more exhilarating than expected,” said Michael Lopez-Alegria, the mission commander, upon departure.

At his side: the American Larry Connor, at the head of a real estate company, the Canadian Mark Pathy, boss of an investment company, and the ex-Israeli pilot Eytan Stibbe, co-founder of a fund of investment.

But the four men refuse to be considered simply "space tourists".

They have indeed carried out, they argue, a whole series of experiments on board the ISS, in partnership with research centers and universities.

This work has focused on aging, or even heart health.

They could also try on a headset recording their cognitive performance in weightlessness, or put on a jacket used to monitor the vital signs of astronauts in orbit.

The Canadian Mark Pathy has also spent a lot of time in the famous observation cupola of the ISS, in order to photograph the Earth, according to the logbook of the Station, published on a NASA blog.

Monday will be the fifth landing of a manned Dragon capsule.

Seven people currently remain on board the Station: three Americans and a German who came thanks to a SpaceX vessel (a crew called Crew-3), as well as three Russians who traveled on board a Soyuz rocket.

All are to be joined in the coming days by four other astronauts (three Americans and one Italian), Crew-4.

Once the handover has been completed, Crew-3 will in turn descend back to Earth.

Elon Musk's company also carried out another entirely private mission last year (Inspiration4), but this one did not go to the Space Station, the four passengers simply remained in the capsule for three days .

Novices had already visited the ISS, especially in the 2000s. But they flew aboard the Soyuz, accompanied by cosmonauts in exercise.

Last year, Russia resumed this type of travel, sending a film crew, then a Japanese billionaire.

NASA for its part clearly encourages this movement to privatize low orbit.

On the one hand, it wishes to generate income thanks to these private missions (a second, Ax-2, has already been approved).

But above all, after the retirement of the ISS around 2030, NASA no longer wants to have to manage the operation of a space station itself, and pass the torch to private companies.

The American agency would then simply hire its services to send its astronauts there, and could thus concentrate on distant exploration.

Axiom Space is one of the most advanced companies to position itself in this niche: it wants to launch the first module from its own station in 2024.

The structure will first be attached to the ISS, before becoming autonomous to take over.

The experience accumulated thanks to Ax-1 thus represented a crucial first step, according to the leaders of Axiom Space, intended to lay the groundwork for the many missions to come.