Russian authorities say a fire broke out in an oil depot in the city of Bryansk near the Ukrainian border. 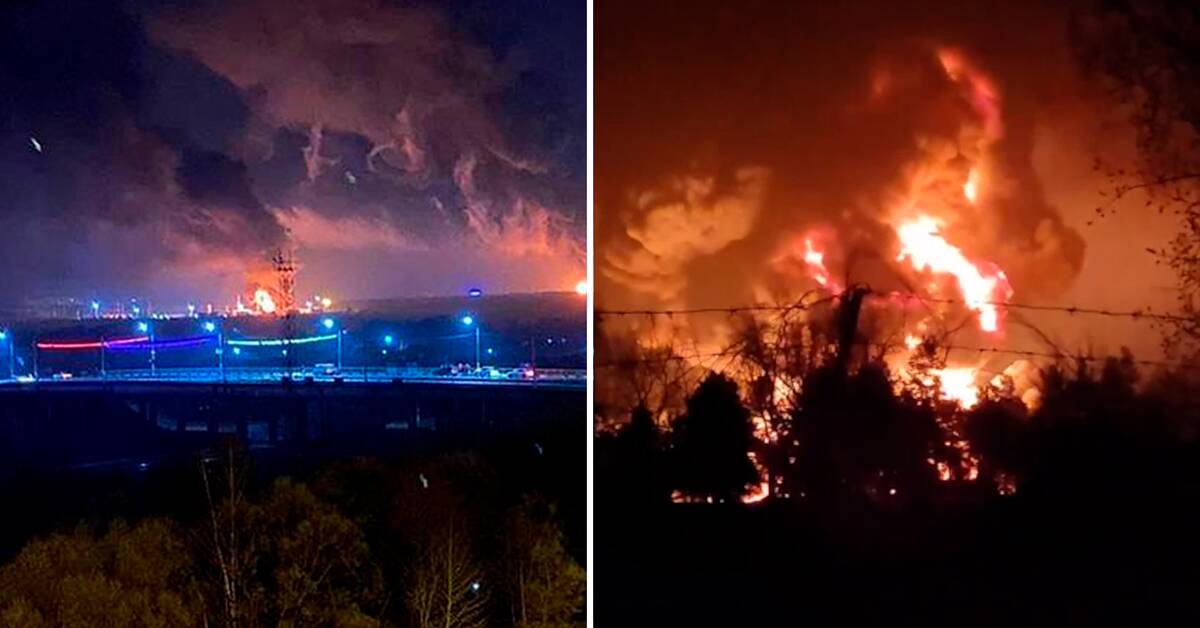 The fire broke out early on Monday morning and Russian authorities have so far not stated what caused it.

But information in social media says that people in the area have seen and heard explosives near the oil depot.

According to the Russian state-controlled media company RT, evacuation of homes in the immediate area has begun.

Reuters reports that the oil depot is owned by Transneft Druzhba, a subsidiary of Russia's leading oil transport and export company Transneft.

Transneft operates, among other things, the pipeline that supplies crude oil to Europe.

It is unclear whether the depot that was ravaged by fire was part of the infrastructure that supplies oil to Europe and whether deliveries may be affected.

Bryansk is located about ten miles from the border with Ukraine.

See photos from the fire in the clip above.