"It doesn't stop": for fear of confinement, Beijingers rush to supermarkets

After Shanghai, it's the capital's turn to worry about the Omicron rebound in China. Following the discovery of new cases of contamination this weekend, some of the inhabitants had to carry out… 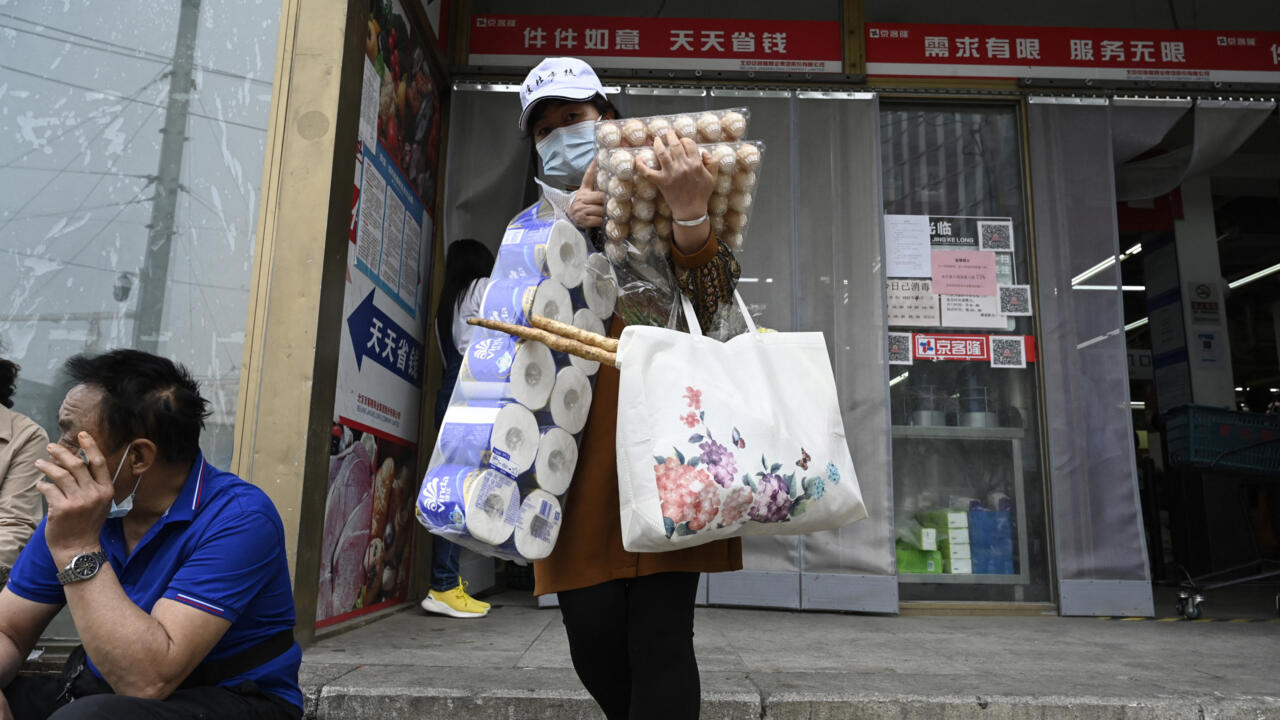 "It doesn't stop": for fear of confinement, Beijingers rush to supermarkets

A woman with her arms full of food, leaving a supermarket in Beijing, April 25, 2022. AFP - JADE GAO

After Shanghai, it's the capital's turn to worry about the Omicron rebound in China.

Following the discovery of new cases of contamination this weekend, some of the inhabitants had to carry out a PCR test before going to work on Monday, after rushing to supermarkets for fear of confinement.

The grocer's cash register sounds like an arrival at the station, yet the day is just beginning for this central Beijing convenience store.

The first customers arrived at the opening.

I don't know why everyone is stocking up.

Me there is nothing near my home, so I come here!

Eggs for example, there are no more.

But I don't know why everyone is buying.

We just buy a little.

I plan a month's worth of food, I think that will be enough

, "says this 30-year-old from a neighboring district.

A month of confinement?

At this time, there is no indication that this will be the case.

Some residences are already "sealed"

, metro stations as well as parks in the Chaoyang district have been closed following the discovery of dozens

of new cases of contamination since Friday.

Standing on their hind legs, small dogs prance around while waiting for their masters or mistresses at the end of their leash next to delivery men staring at their smartphones.

As of Sunday evening, online grocery stores were taken by storm.

There is no more rice or flour.

Everyone is ordering right now.

There are delivery men everywhere in front of the markets

”, testifies one of them.

Delivery men in shambles, well-stocked stores, point to the state media, a way of marking the difference with

the start of containment in Shanghai.

A few hundred meters away, the greengrocer's loudspeaker doesn't need to shout about the previous day's specials, there too customers fill their baskets to the brim.

Arms laden with eggs, noodles and flour, a grandfather repeats like an incantation that Beijing is better protected.

I have four generations at home.

But in Beijing there will be no problem, it is the capital.

The coming days will give more information after the massive tests.

On the sidewalks of Chaoyang, long queues are forming for screening officers as the 3.45 million residents of the Chinese capital's largest district all have to get tested.

Stock markets in Hong Kong and mainland China plunged on Monday amid fears for the Chinese economy at a time when a resurgence of Covid-19 forces confinements in major cities.

While Shanghai is still in lockdown, Beijing is seeing a rise in infections and has warned of a "

Investors fear that a similar scenario in Shanghai will apply in Beijing, where the number of detected cases is increasing.

They faltered on Monday with the prospect of limited demand in China, where the government is fighting a resumption of the Covid-19 pandemic.

The market mood was suffering from the situation in China, where the Covid-19 pandemic is getting worse