The Investigating Court number 4 of Igualada has ordered provisional detention without bail for Brian C, who was arrested last Thursday by the Mossos d'Esquadra for... 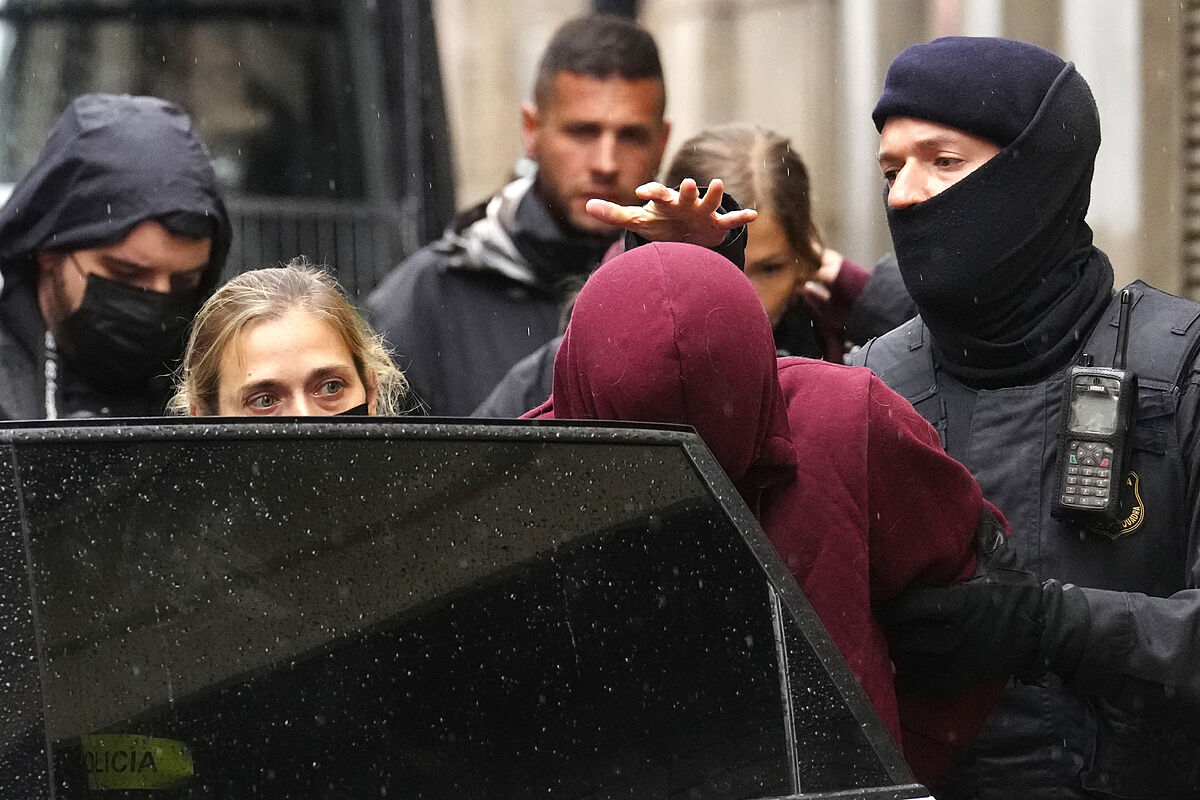 The Investigating Court number 4 of Igualada has ordered provisional detention without bail for Brian C, who was arrested last Thursday by the Mossos d'Esquadra for allegedly raping a minor under 16 when he left the Epic nightclub in Igualada in the early hours of 1 last November.

The suspect, 21 years old and Bolivian nationality, went to court this Saturday after being detained for 48 hours, although he only answered questions from his lawyer.

He is accused of a crime of sexual assault and another attempted murder due to the severity of the injuries caused to the victim by attacking her with an iron bar.

Judicial sources point out that the suspect wanted to end the life of her minor after raping her.

The defendant has several records of sexual assault since he allegedly abused a relative and that is why his mother kicked him out of the house.

In addition, he was also charged on another occasion for alleged mistreatment of a former partner.

Precisely, the mother of the detainee collaborated with the police to gather evidence against him since for weeks the agents had tightened the fence.

From a blurred image on a security camera in the area they were able to locate him and, with the testimony of witnesses, they managed to identify him.

In this sense, the background of the suspect, such as the sexual assault on a family member, contributed to profiling the alleged perpetrator of the brutal rape and assault with an iron bar on the head and other parts of the body that caused the victim to be hospitalized for months in the hospital, she had to be operated on several times and she has had several consequences such as hearing and vision loss, among others.

The Mossos presented several pieces of evidence to the court, such as the triangulation of the suspect's mobile phone, which places him at the scene of the crime the night the events occurred and at the same time.

The agents searched his home in the center of Igualada for more than six hours to look for other evidence that links him to this violation.

Thus they found the clothes that the suspect was wearing the night of the attack, which must be analyzed to see if there are traces of the victim's DNA.

While awaiting the results, the Mossos have completed a complex police investigation of a procedure that is kept secret.

On the morning of November 1, the victim was with some friends at a Halloween party at the Epic nightclub in Igualada, as she told her mother, and around six in the morning she left alone and on foot to the train station. to go home, in Vilanova i la Geltrú (Barcelona). While passing through an industrial estate, she was attacked, brutally raped and left unconscious in the Les Comes industrial estate in Igualada, where she was found by a truck driver who at first thought she was dead.

The minor remained hospitalized for almost two months after suffering a severe head injury, with hearing loss in one ear, and several internal tears that have left her with significant sequelae, injuries for which she has undergone surgery five times.

This Friday, the chief commissioner of the Mossos, Josep Maria Estela, assured that the suspect was arrested after almost six months of "intense and silent work, endless nights, frenetic days and discreet surveillance, teamwork, constant, persistent and permanent.

He also added that "our foundations in the fight against sexual violence remain firm, robust and solid. Yesterday's arrest is one more example of our commitment to stop this scourge, a reality that, unfortunately, far from disappearing, continues to spread and that we have to root out".

"For us, the victim is the center of our work. The arrest of the perpetrator of the crime is just as important, as it is to gather the necessary evidence to conclude the authorship of the acts, as it is to attend to the victim, accompany her and make ourselves available to her" , remarked the chief commissioner.

A hundred Mossos agents participated in this investigation, of which about thirty belong to the Central Unit for Sexual Assaults (UCAS), which has accompanied the victim at all times.