Tunisia.. A presidential decree amends the electoral commission law and Ghannouchi accuses Saeed of pushing the country into isolation and bankruptcy

The Official Gazette of Tunisia published the details of the decree to amend the Basic Law relating to the Independent High Authority for Elections, which aroused the ire of politicians and jurists who considered this to affect the independence of the Authority. 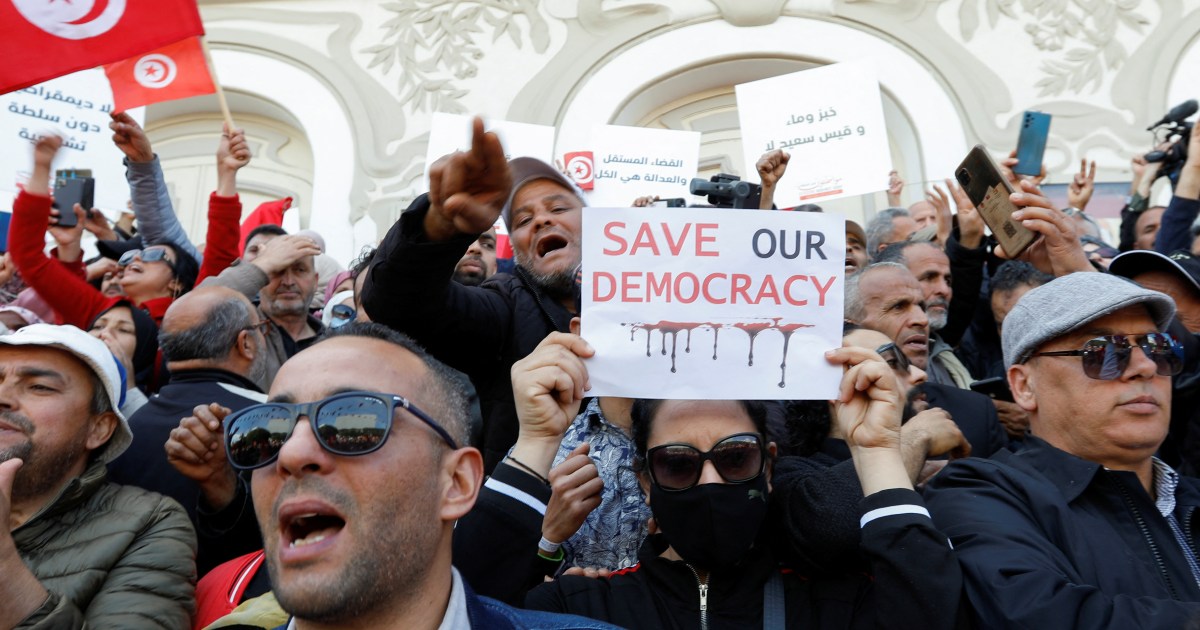 The Official Gazette in Tunisia published the details of the decree to amend the Basic Law relating to the Independent High Authority for Elections, which angered politicians and jurists who considered that this decree affects the independence of the authority, amid international calls for dialogue so that the country does not stray from democracy.

The decree also stipulated that the head of state is the one who has the authority to appoint the head of the commission from among the three members of the independent higher commission for previous elections.

Buffon also said in a statement to Al-Jazeera that it is surprising that the decrees of Qais Said are not subject to appeal before the courts, considering that the elections will be conducted from the Carthage Palace.

In a parallel context, Tunisian President Kais Saied said during his meeting with members of the executive office of the Tunisian General Labor Union that the dialogue will be based on the outputs of the national consultation.

He pointed out that "solutions will not be unique to one party, but will be based on dialogue that cannot be with those who plundered the people's resources and are still violating them in their livelihood, or with those who wanted to overthrow the state and blow it up from within," he said.

Saeed also ruled out holding legislative elections during the next three months.

For his part, Rached Ghannouchi, the speaker of the dissolved parliament, rejected in an interview with Al Jazeera the decision to dissolve parliament and considered it a threat to the country's security, accusing the Tunisian president of causing Tunisia's isolation and bankruptcy.

Ghannouchi said that "the elections will lose all credibility with a body appointed by the president."

Ghannouchi stressed that Ennahda and the rest of the parties in Tunisia will defend democracy.

In the same context, Washington expressed its concern about the threat to democracy in Tunisia, and demanded that political reform be through consultation.

The United Nations also expressed its hope that there will be an ongoing Tunisian dialogue to ensure that the country does not slip further away from democracy.