Rally Croatia: Rovanperä ahead, Hyundais behind

Finland's Kalle Rovanperä (Toyota) leads the Croatian rally on Friday evening, after the eight special stages of the first day, ahead of two Hyundai drivers, Belgian Thierry Neuville and the… 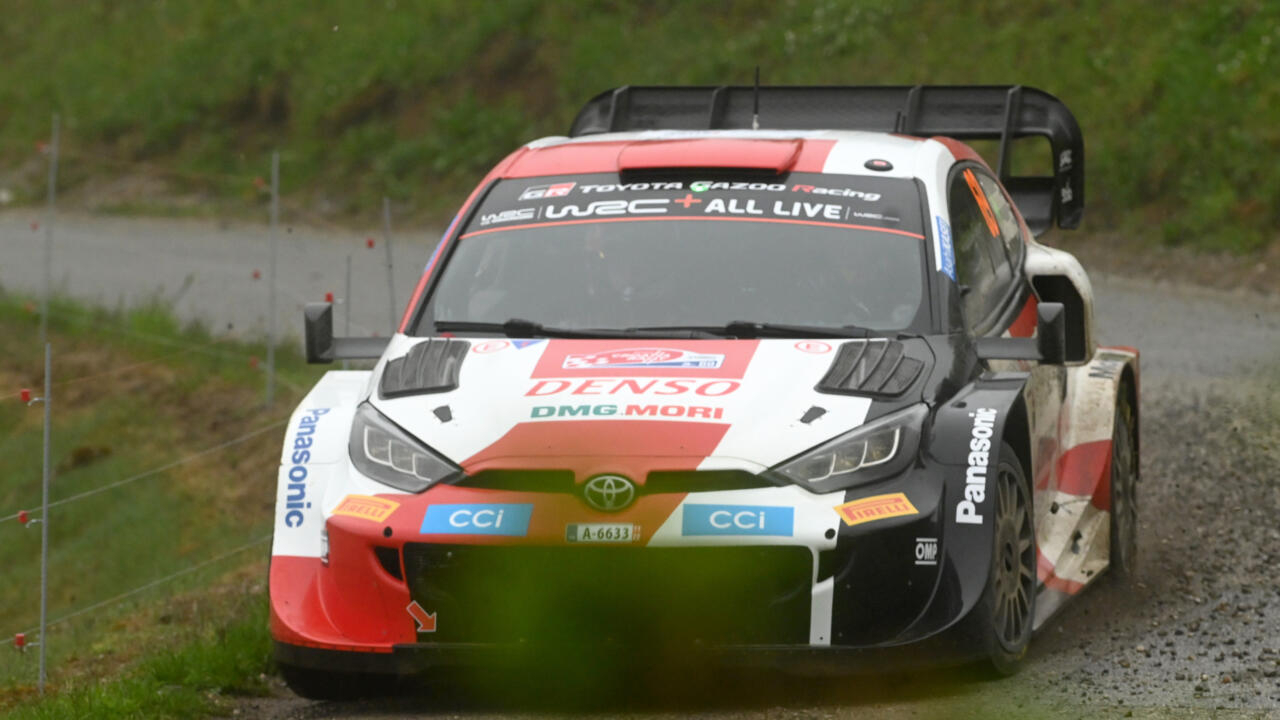 Rovanperä, 21, winner of the previous rally in Sweden and leader of the World Championship, led the way, very tortuous, very narrow, very wet and often tricky, because the asphalt was dirty or damaged on many sections.

He did very well, despite some heat, and set six best times out of eight.

Neuville and Tänak resisted rather well, but the Belgian was given a 40-second penalty at the end of the morning, due to a failure of his alternator which forced him, with his co-driver, to push his car for 800 meters to bring it back to the service park.

An effort they would have done well without, after a very intense morning, but they had saved the essential, this provisional second place coveted by their teammate Tänak, world champion 2019.

Neuville finished the afternoon better, setting the scratch time on SS8 (9 km), the shortest of this marathon day (120 km) which Rovanperä finished freewheeling, with the satisfaction of a job well done.

After losing more than a minute to a puncture on the first special, he had a few scares as he whipped his way up from 15th to 6th place on the evening of the first day, more than two minutes from the leader, and while there are 12 specials left on the menu for this complicated rally.

The French "semi-retired" from the WRC, Sébastien Loeb, winner of the Monte-Carlo rally in January, and Sébastien Ogier, reigning world champion who is preparing for the 24 Hours of Le Mans, are not in Croatia.

Two other young French people, who aspire to succeed them one day, got off to a bad start this Croatian weekend: Pierre-Louis Loubet punctured three times in the first two specials, when he had only had two spare wheels on board ;

Adrien Fourmaux missed the first corner of SS3 and had to stop his efforts there, like Loubet.

Swede Oliver Solberg driving the Hyundai i20 on the roads of the Croatia Rally in Leskovac, April 22, 2022 Damir SENCAR AFP

The great operation of the day was carried out by another young driver, Oliver Solberg (Hyundai), a very talented offspring of Petter, the very popular 2003 world champion and former great rival of Loeb.

He occupies 5th place in the general classification on Friday evening after having avoided all the pitfalls of this long day of rallying.