Former Honduran President Juan Orlando Hernandez is now in the hands of American justice. The man was extradited to the United States on Thursday April 21 from the country he still ruled there… 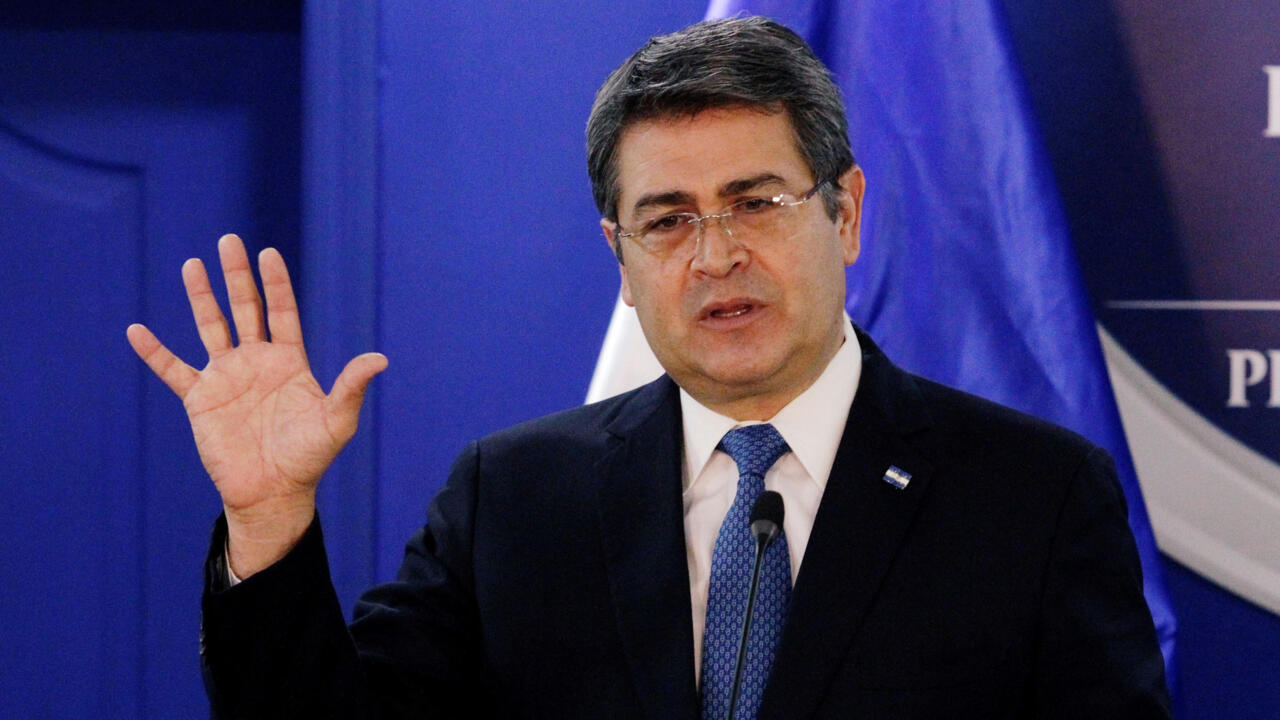 Juan Orlando Hernández in January 2020. American justice accuses him of having operated his country like a narco-state.

The man was extradited to the United States on Thursday April 21 from the country he still ruled six months ago.

He is accused of having participated in a vast cocaine traffic.

Juan Orlando Hernandez left his country handcuffed and escorted in front of the cameras on a plane belonging to the American anti-drug agency DEA.

Direction New York to be tried for drug trafficking.

The prosecutor for the southern district of Manhattan accuses him of his participation in a traffic which allowed 500 tons of cocaine to be smuggled into the United States between 2004 and 2022.

During a press conference, organized this April 21, the American Minister of Justice, Merrick Garland, accuses him of having abused his position as President of Honduras since 2014 to make his country function as a narco-state .

American justice also accuses him of having received bribes for millions of dollars, in particular from the famous El Chapo, leader of the Sinaloa cartel in Mexico.

The fall was quick for Juan Orlando Hernandez.

Initially an ally of the United States under Donald Trump, in particular to fight against drug trafficking and curb migration, he ceded power at the end of January 2022 to the left-wing president, Xiomara Castro, before being arrested for three weeks. later.

Revenge of the cartels?

He denounces a conspiracy and revenge of the cartels.

Sentence to which his brother, former MP Tony Hernandez, has already been sentenced by the same court for similar facts.

The former head of the national police between 2012 and 2013, Juan Carlos "Tigre" Bonilla, arrested on March 9 will also be extradited soon, prosecuted by the same court for having "supervised" the operations.

To read also: Honduras: justice authorizes the extradition of ex-president Hernandez to the United States