Floods, heat waves, fires… Summer 2021, a season of all extremes in Europe

Last year, Europe was hit by floods, fires and the hottest summer season on record, according to the Copernicus report released on Friday, the eur… 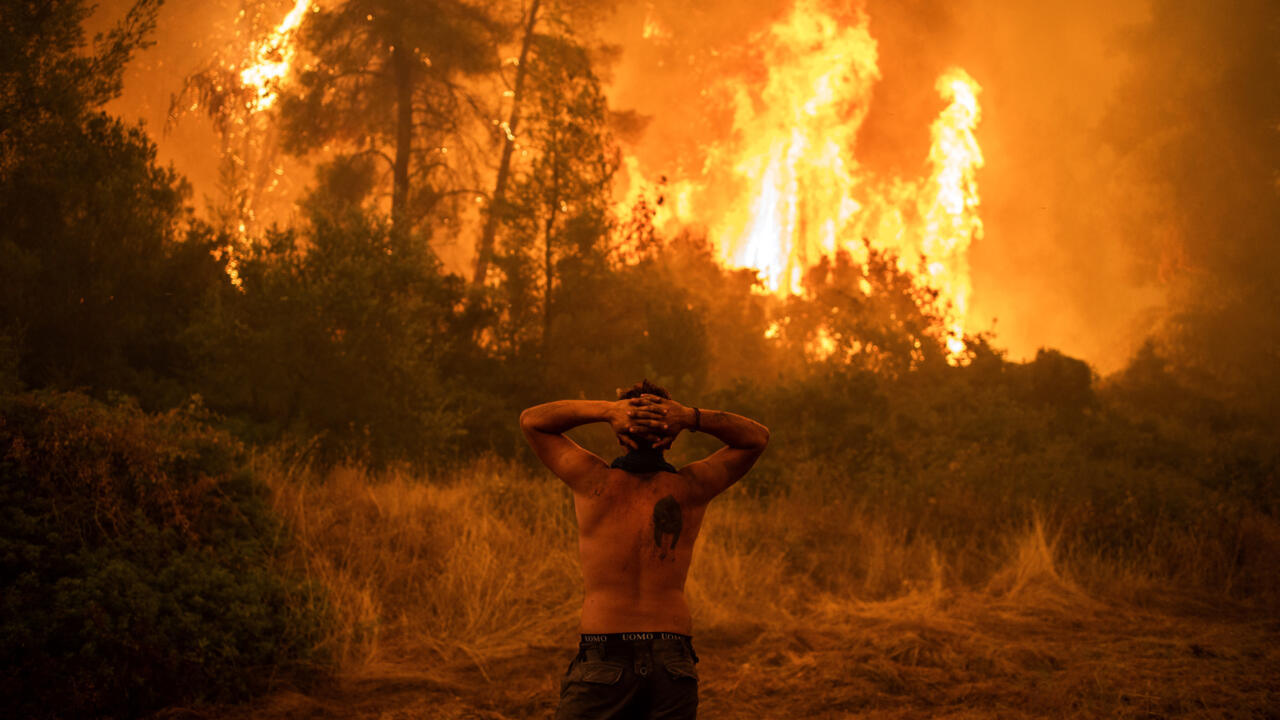 This is a new alarming observation, less than three weeks after the publication of the last IPCC report.

Europe experienced the hottest summer on record in 2021, with 1°C warmer than the 1991-2020 average, Copernicus, the European Union service which studies the evolution of of the climate.

Although the year 2021 was not the hottest of all time in Europe and in the world, on the Old Continent, "the summer was marked by record temperatures, severe heat waves and long duration and exceptional floods", indicated the European service in its annual report on the state of the climate in Europe, published on this World Earth Day.

Southern Europe was particularly hit by this summer heat wave, with "numerous temperature records", according to the report.

In northern Spain, temperatures reached 47°C, a "national record", and Italy, with 48.8°C in Sicily, a "European record".

"In parts of Italy, Greece and Turkey, the heat wave lasted two to three weeks," add the experts.

In all three countries, high temperatures have resulted in drought.

Vegetation becoming more flammable when the air is warmer, forest fires then broke out.

They had devastating consequences: in July and August, the fires destroyed a total of more than 800,000 hectares in the Mediterranean region, according to Copernicus.

The illusion of a cooler spring

This extreme situation contrasts with the spring, whose data seem encouraging at first sight.

According to the Copernicus agency, it was "one of the coldest in the last ten years", with up to 2°C below average.

But make no mistake about it.

"Generally, all seasons have warmed considerably in Europe over the past decades. In 2020, we had a very warm spring and a hot summer, but autumn and winter were the warmest on record. , while in 2021, the spring was colder than average and the hottest summer ever recorded", nuance Copernicus, contacted by France 24.

In addition, the average temperatures during the spring of 2021 were higher than before 1980. However, it was around the 1970s and 1980s that global warming began to accelerate sharply.

European seas have not been spared either, in particular the Baltic, where scientists have noted, in June and July, in some parts, "more than 5 ° C above average".

Over the full year, the results are also historic.

"Temperatures […] in large areas of the Baltic Sea and the Eastern Mediterranean had not been this high since at least 1993," note the Copernicus scientists.

This high temperature of the Baltic Sea seems to be at the origin of the floods which fell on Germany and Belgium in particular in July.

"It led to higher humidity, which in turn fed low atmospheric pressure" conducive to the formation of wind, rain and clouds, explains Copernicus to France 24. In addition, "the relatively low speed of the disturbance “is very likely another factor in these torrential rains, adds the European agency.

The water then accumulated in the Meuse and the Rhine, when the soils were already waterlogged and could no longer absorb the rains, causing the floods which devastated several countries in Western Europe.

In parallel, on a global scale, "concentrations of carbon dioxide (CO2) and methane (CH4) have continued to increase [in 2021, with a] particularly large increase" in the concentration of methane.

However, it is precisely the increase in the atmosphere of greenhouse gases, including CO2 and methane, which causes global warming.

These greenhouse gases absorb more sunlight than necessary, causing the temperature on Earth to rise.

This phenomenon was not only felt during the summer in Europe, but also throughout the year.

"Globally, the year 2021 was the sixth or seventh warmest since at least 1850," reads the report, which states that "the past seven years have been the warmest on record." .

The European continent has also warmed by around 2°C since the pre-industrial era and the globe by 1.1°C to 1.2°C, according to Copernicus.

The IPCC urges action before it is no longer possible to limit global warming to +1.5°C compared to the pre-industrial era.

A threshold not to be crossed to preserve a livable world.