Last year's summer was the warmest measured in Europe and we saw several extreme events such as floods and forest fires. A report by the EU's climate monitoring program Copernicus summarizes the situation in 2021. 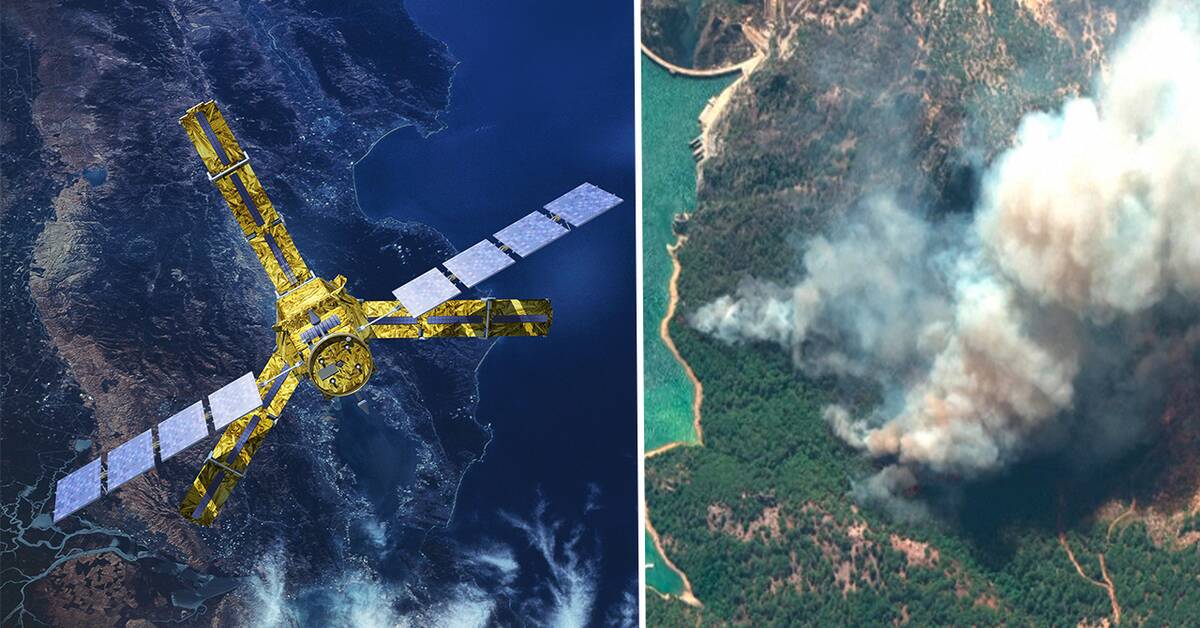 Today they release their annual report European State of the Climate for 2021 which could be described as an annual health check of the earth.

Globally, the last seven years have been the warmest ever, according to the report.

Since 1850, the earth's average temperature has increased between 1.1 and 1.2 degrees.

- Considering the Paris Agreement and keeping warming below 1.5 degrees, the report is important.

Here we see that the earth's average temperature continues to increase, says Erik Kjellström, professor of climatology at SMHI.

The corresponding temperature increases for Europe and the Arctic are 2.2 and 3 degrees, respectively.

The rise in average temperatures is generally faster across continents than across oceans, and even faster in the Arctic.

- Over the oceans, the air takes longer to heat because evaporation of water acts as a coolant and because the heat must be distributed down to great depths.

In the Arctic, a reduced amount of snow and ice contributes to making the surface less reflective, which in turn means that more solar radiation is absorbed into the system and strengthens the heating, says Erik Kjellström.

In Europe, last year we also experienced the warmest measured summer so far.

Several temperature records were broken, including a preliminary European record of 48.8 degrees in Italy.

In connection with the prolonged heat wave in the Mediterranean, it also became very dry in the ground and especially in Italy, Greece and Turkey, large forest fires ravaged.

This corresponds approximately to an area as large as Uppsala County.

Not much has burned in Europe since 1991.

At the same time, western Europe had a lot of rain and floods instead.

Parts of Belgium and Germany received unusually heavy rainfall in July as a result of a slow low pressure that carried moist air from an unusually warm Baltic Sea.

When the low pressure carried on the humid air collided in mountainous areas between Germany and Belgium, all moisture released to rain in a single day.

Soil that was already saturated with water could then not absorb excess water, which led to extensive flooding.

- We see on a global scale that extreme weather events are increasing, so also in Europe, even though 2021 was not as hot here on a year-round basis as, for example, 2020, says Erik Kjellström.

In 2021, the concentration of greenhouse gases, such as carbon dioxide, in the atmosphere also continued to increase.

Above all, methane rose in levels.

- The report points to the fact that concentrations increased sharply last year and shows no tendency to either decrease or slow down.

Methane is an important greenhouse gas, even if it is not as long-lived as carbon dioxide, says Erik Kjellström.

In line with the IPCC reports

In fact, this report does not say much more than what the IPCC's climate reports have already told us.

But it provides new data for 2021 and serves as a compilation of how the earth is doing and is a further reminder that the situation is important to address.

- They are in line with each other.

The Copernicus report contains the same type of climate data as the IPCC reports and updates them.

The observations that are addressed are those that will eventually be woven into research articles and in future IPCC reports, says Erik Kjellström.