War in Ukraine: what to remember from the 57th day of the Russian invasion

On the 57th day of the Russian invasion, the last Ukrainian fighters in Mariupol refuse to surrender but demand "security guarantees" from the international community. At the same time, the Russian forces intend to seize the entirety of this strategic city in the south-east of Ukraine. Europe 1 takes stock of the evolution of the situation. 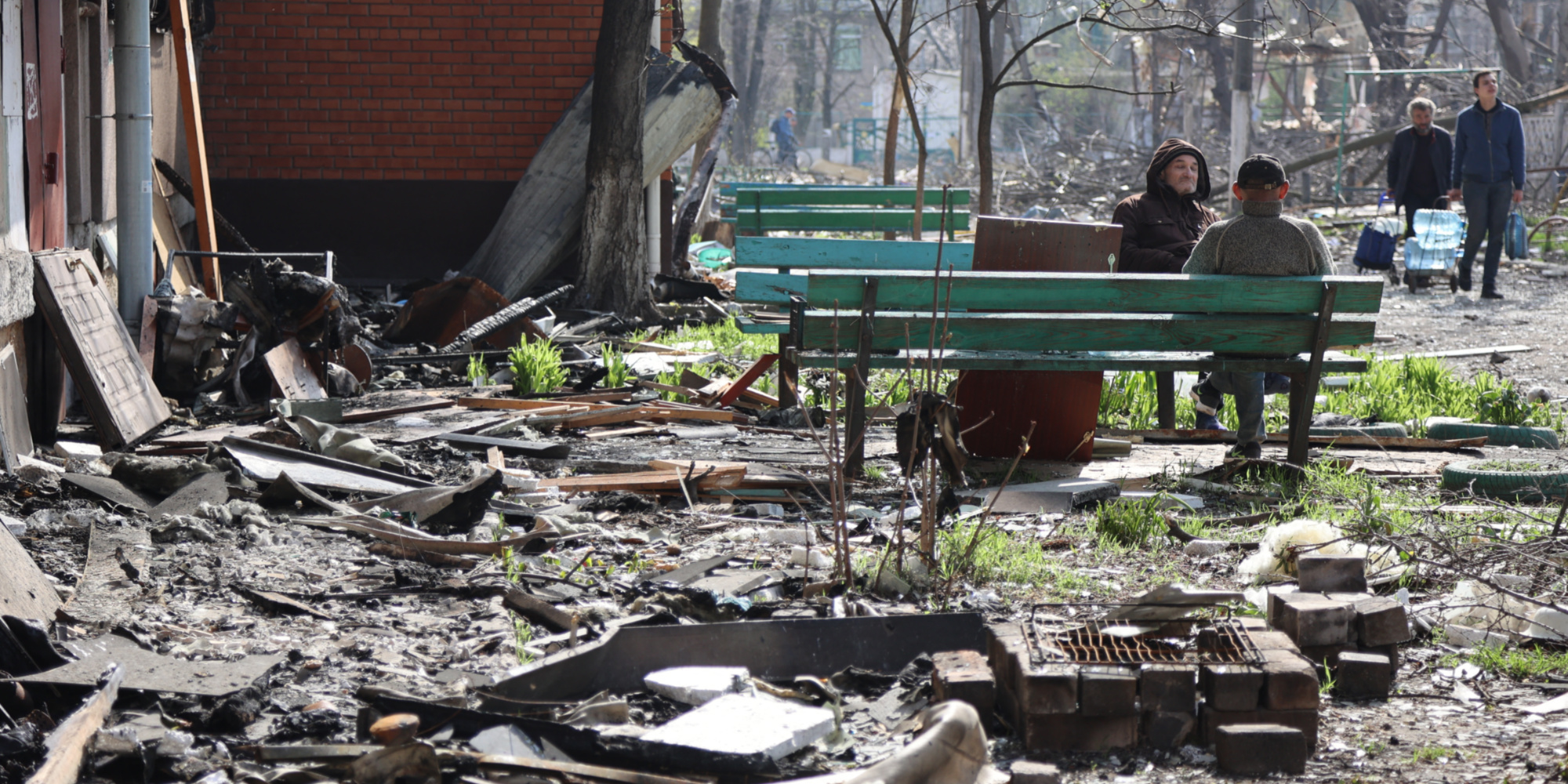 On the 57th day of the Russian invasion, the last Ukrainian fighters in Mariupol refused to surrender but demanded "security guarantees" from the international community.

At the same time, Russian forces intend to seize the entirety of this strategic city in southeastern Ukraine.

Europe 1 takes stock of the evolution of the situation.

The last Ukrainian fighters in Mariupol refuse to surrender but on Thursday call on the international community for "security guarantees", at a time when Russian forces intend to seize all of this strategic city in southeastern Ukraine.

"We are ready to leave Mariupol with the help of a third party", armed with weapons, "in order to save the people who have been entrusted to us", indicated Thursday in the early hours Svyatoslav Palamar, deputy commander of the Azov battalion, on Telegram.

- The noose is tightening around Mariupol

- The humanitarian corridor in Mariupol did not work on Wednesday

The Ukrainian Ministry of Defense underlined on Wednesday that the Russian army "concentrated the main part of its efforts on the capture of Mariupol and continued its attempts to attack near the Azovstal steelworks", the last island of resistance in this port located on the Sea of ​​Azov, at the southern end of Donbass.

Sviatoslav Palamar, deputy commander of the Azov battalion, one of the two Ukrainian formations still resisting Mariupol, stressed in a video message on Telegram on Wednesday that the situation was "critical" in the factory pounded by the Russian air force with "bombs super powerful."

He called on international leaders to "first save" the civilians inside the factory.

- "Everything is collapsing": in the Donbass attacked by the Russians, the despair of the Ukrainians

The humanitarian corridor did not work in Mariupol

The corridor to evacuate civilians from the besieged port of Mariupol on Wednesday "did not work", Ukrainian Deputy Prime Minister Iryna Vereshchuk said Wednesday evening, accusing the Russians of violating the ceasefire and blockading the cars.

“Unfortunately, the Mariupol humanitarian corridor did not work as planned today,” the official lamented after announcing Wednesday morning a “preliminary” agreement with Russia for this corridor, the first of this type since Saturday.

"Assault attempts" in the Donbass

The Ukrainian Ministry of Defense reported on Wednesday morning of "assault attempts" on the localities of Sulyguivka and Dibrivné, in the Kharkiv region (east), as well as on Rubizhné and Severodonetsk, in the Lugansk region (east) .

"The situation is getting more complicated hour by hour," Lugansk Governor Sergei Gaïdaï wrote on Telegram, renewing his calls for civilians to evacuate.

The latest European leader to go to kyiv, the President of the European Council Charles Michel assured that the EU will do "everything possible" so that Ukraine "wins the war", during a joint press conference with Ukrainian President Volodymyr Zelensky.

- Ukraine: how China is preparing for possible sanctions for its support for Russia

More than five million Ukrainians have fled their country since the start of the Russian invasion on February 24, according to new figures released Wednesday by the UN on the largest refugee crisis in Europe since the Second World War.

A total of 1.1 million Ukrainians have returned to their country since the start of the Russian invasion, Ukrainian Border Guard Service spokesman Andriy Demchenko said on Wednesday.

Norway has supplied around 100 French-designed anti-aircraft missiles to Ukraine, the Norwegian government announced on Wednesday.

Ukraine has also received spare parts for its fighter jets to strengthen its air force, but not entire aircraft, Pentagon spokesman John Kirby said on Wednesday, correcting his remarks the day before.

IMF Managing Director Kristalina Georgieva on Wednesday called on countries to provide financial support to Ukraine so that the government can continue to function.

Ukrainian officials have told the International Monetary Fund (IMF) that they need $5 billion a month to keep their economy running, she told a news conference.