Seal is a recurring feature in Motala stream and on Wednesday it was again one who looked into the city for an easy-to-catch breakfast buffet. At every other place it appeared, the seal came up with fish in its mouth. 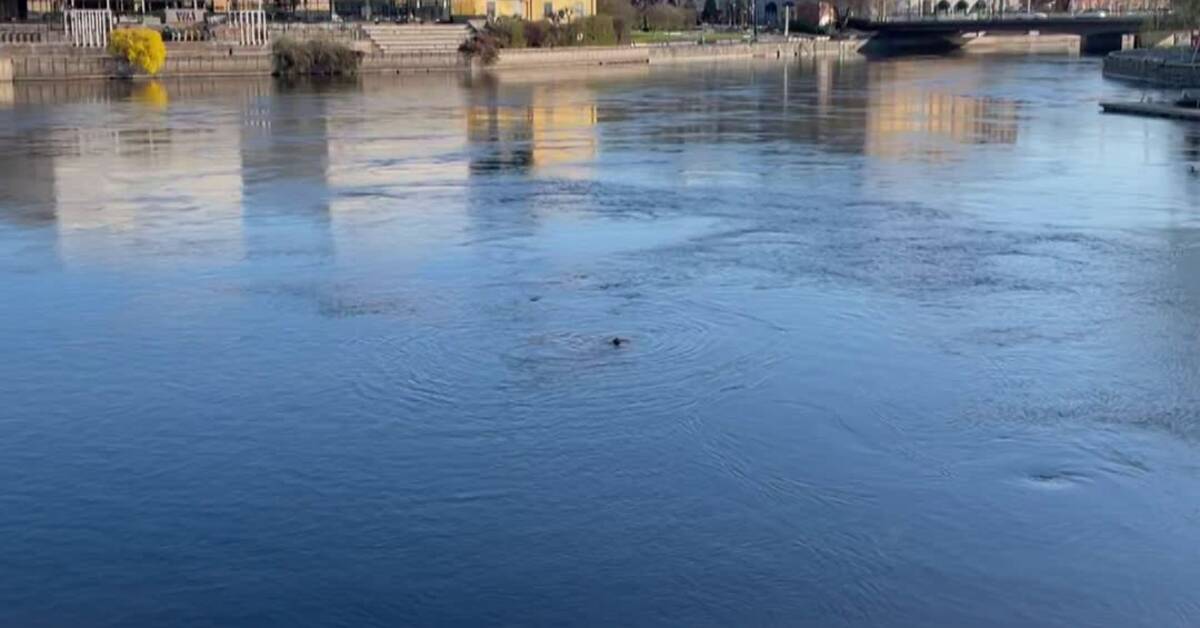 According to Kenneth Israelsson at Cityfiske in Norrköping, the seal is believed to be a last year's boat left by his mother at the site, last spring.

During the morning, it showed off its diving and hunting skills to spectators along the quay.

For anglers and the fishing in Motala stream, the seal has negative consequences.

Kenneth Israelsson says that the association's youth fishing with schools and groups still works, but that there is only a remnant of sport fishing left.

The cormorant has also contributed to the reduction of fish.

In 2013, the fishing association in Norrköping began to see problems with seals entering the water in Norrköping.

- We have gone from fishing several tonnes to being able to count the fish on two hands.

According to him, the presence of seals in Motala Ström is due to the fact that the seal population has increased and that trawlers are allowed to take away food for them in the Baltic Sea.

- The main problem is very much that the herring is removed from the sea and that the ecosystem is thus disturbed.

For the fishing association, the future looks bleak and they expect a continued loss of tourists who want to fish in the current.

- Our business has lost all visitors to sport fishing.

When someone calls and wonders, we are honest that it is not good with fish and they understand the problem.

- We may have to open up for seal safaris instead, says Kenneth Israelsson ironically.

See the seal in the video above.