After 24 years of marriage, the Infanta Cristina and Iñaki Urdangarin have decided to interrupt their coexistence. In a previous step to a future divorce. Months after the... 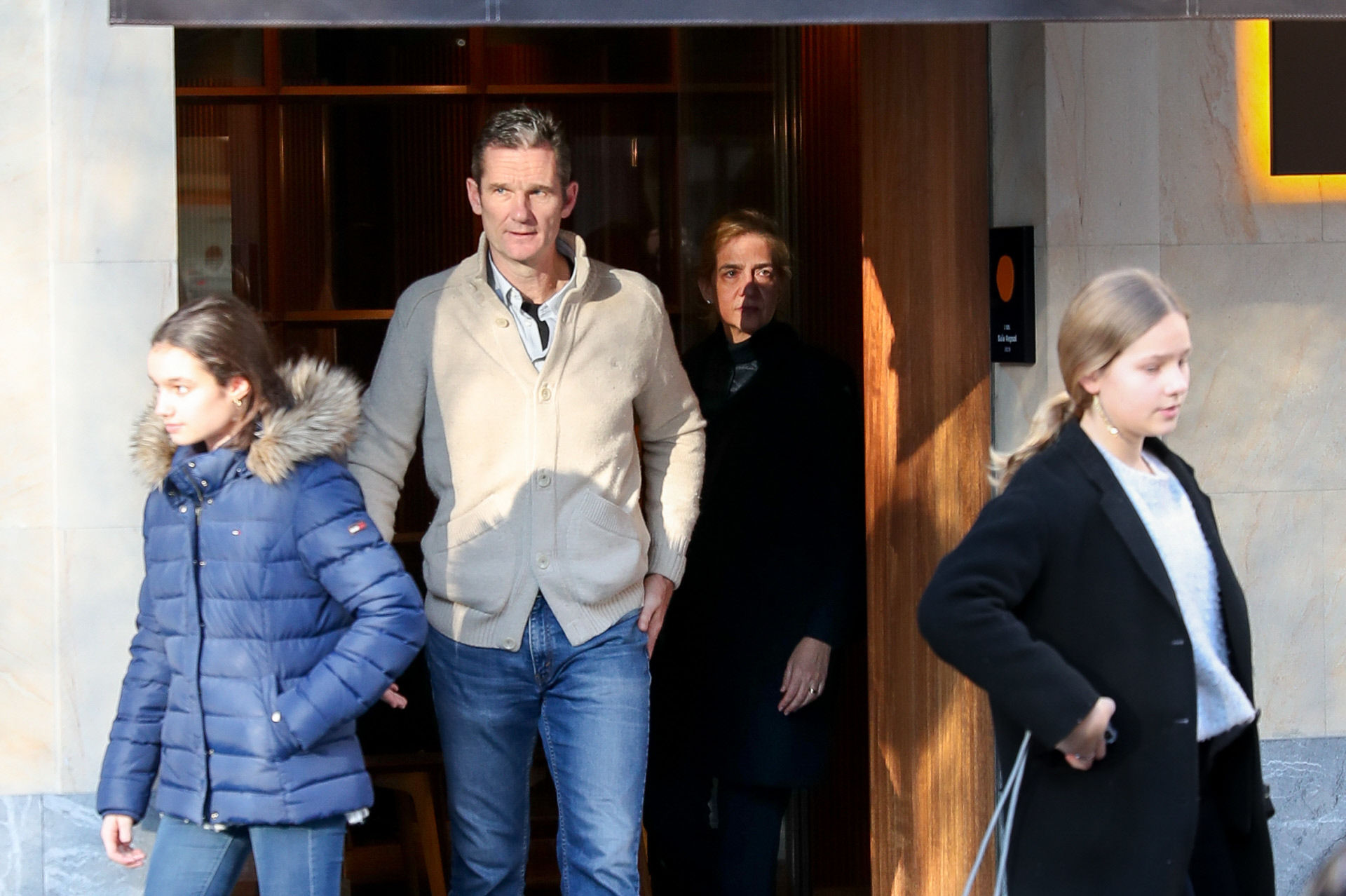 After 24 years of marriage, the Infanta Cristina and Iñaki Urdangarin have decided to interrupt their coexistence.

In a previous step to a future divorce.

Months after the publication of the media photographs in which the former Duke of Palma was shown walking down the street hand in hand with what appears to be his current partner, Ainhoa ​​Armentia, the daughter of King Juan Carlos has decided to put paper and ballpoint pen with the one who is still her husband.

According to the magazine Semana, the former couple

met on March 23 in Geneva to formalize an agreement

on the dissolution of their marriage settlements.

The conditions of this agreement have been revealed by anonymous sources to the publication.

Married in Barcelona in 1997, the infanta and the former handball player chose to join in marriage by

agreeing to a separation of property regime.

At that time, several State lawyers related to the Royal House judicially guided the young couple.

With his advice, they signed a document that told them

how they should act in the event of a possible future divorce.

On March 22, the infanta and Urdangarin met at the

Four Seasons hotel in Geneva to review all the paperwork.

But they would not move the pen until the next day.

The meetings took place behind closed doors and took part in them, in addition to the spouses, a

lawyer of the Royal House who directed the entire process.

Iñaki Urdangarin and the Infanta Cristina walking with their daughter IreneGTRES

The next day, the sister of Felipe VI flew to Spain and visited the Zarzuela palace together with state authorities.

Her goal was to register

her agreement in the registry of civil status of the Royal Family.

For now, the divorce has been postponed because Irene, the couple's youngest daughter, 16, is still a minor.

Without this circumstance, the signature before the notary would have been sufficient.

However, the judge must ratify the agreement reached by the parents.

Irene currently resides in a boarding school in Switzerland

, the country where the infanta will reside to be close to her.

Following an agreement previously signed by the couple, Cristina would be the one to keep the four children in case of divorce.

Although he could visit them at any time.

According to confidential sources close to the case, the Infanta Cristina

should not send a compensatory pension to Iñaki Urdangarin.

A good judicial resolution for her taking into account the greater economic power of the infanta.

The former Duke of Palma, for his part,

has no obligation to pay a pension for his children.

This is an agreement prior to a divorce by mutual consent that should occur as soon as possible.

But in which it

remains to know what will happen to the youngest daughter of the still married couple.