Ligue 1 – Paris SG one point from the title

Paris Saint-Germain is just one point away from winning a historic tenth title of champion of France, after his sweet walk in Angers (3-0), Wednesday for the 33rd day. 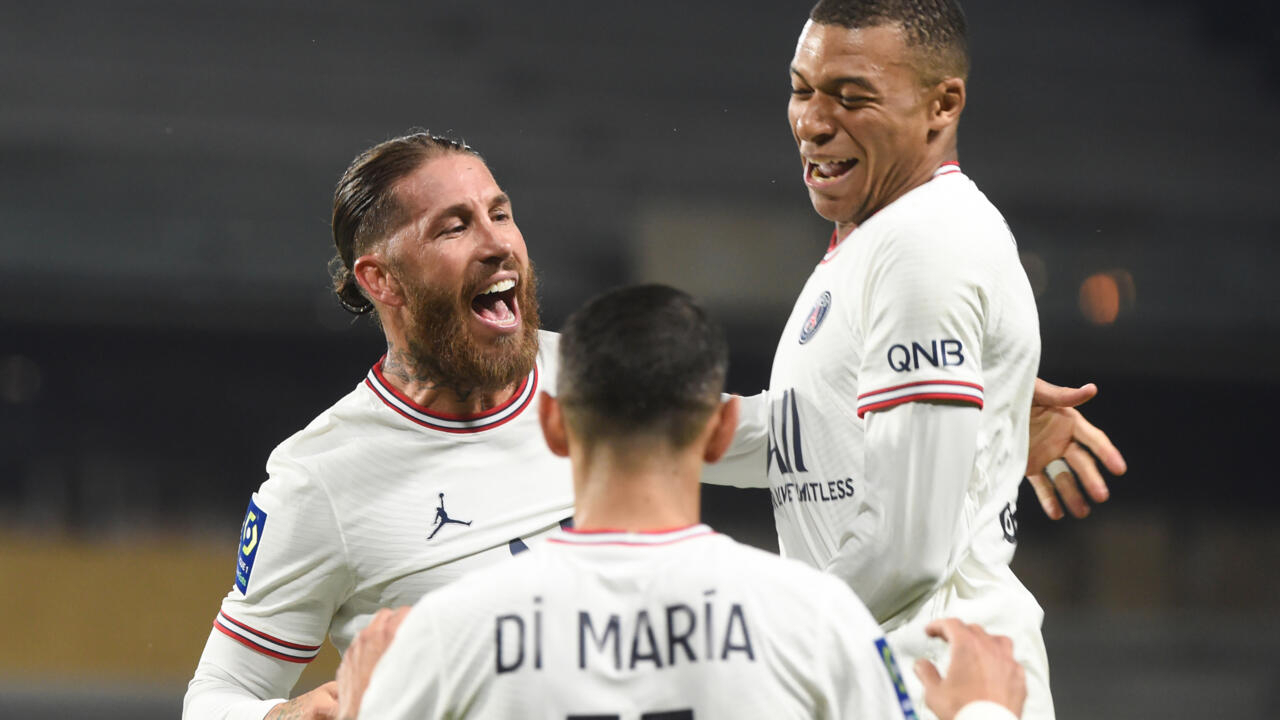 The coronation could take place on Saturday against Lens, at the Parc des Princes.

PSG are still 15 points ahead of their first pursuer, Marseille, winner of Nantes (3-2).

The joy of Kylian Mbappé, after opening the scoring for PSG against Angers, during the 33rd day of Ligue 1, April 20, 2022 at the Stade Raymond-Kopa JEAN-FRANCOIS MONIER AFP

This title will not erase the failure in the Champions League against Real Madrid (1-0/1-3) from the round of 16, but it will still allow PSG to join Saint-Étienne, ten times champion, at the top of French football.

The SCO completely missed his debate, colorless except in two short periods, the first five minutes and around the hour mark.

Angers is only four lengths ahead of the barrage, Saint-Étienne, an evening when two of his pursuers won, Clermont and Lorient.

And the Angevins go to Auvergne on Sunday for a crucial shock for the maintenance...

But PSG was really too strong for Gerald Baticle's players.

Mbappé unlocked the game with a pure shot from the left foot, after a support with Achraf Hakimi, his 22nd goal in L1 this season.

Sergio Ramos scored with a header, following a corner, taking over a cross from Angel Di Maria (45th + 1) in the middle of a defense made up of statues.

Two goals in nine matches, the attacking performance of the Spanish rookie is not bad... Too bad the repeated injuries have deprived him of almost the entire season.

The SCO very quickly lost its best offensive asset, Sofiane Boufal, who hurt himself and had to go out on a stretcher, replaced by Casimir Ninga (13th).

Sergio Ramos was close to the action, and given his reputation as tough, a murmur went through Raymond-Kopa, thinking the Spaniard guilty, but he did not touch the Angevin N.7 who lost his support and collapsed.

The Moroccan was behind the best action of the start of the match, a long shot boxed in by Keylor Navas (5th).

Without Boufal's dribbling, the SCO was dangerous by the speed of Mohamed-Ali Cho, which made Marquinhos suffer.

A strike from the international Espoirs licked the post of Navas (37th).

Finally uninhibited at the start of the last half hour, the Angevins believed they had obtained a penalty, but it was canceled by the VAR, which shows that Thilo Kehrer clears the ball well before touching Cho (68th).

Then the goal of "Marqui" (77th), from the head, on a cross from Angel Di Maria, finished demoralizing them.

In this delicate season, the match ended badly for PSG, the young Édouard Michut, entered for the last five minutes, was excluded for an unfortunate gesture, a slip which led him to touch the tibia of Romain Thomas .

Another disappointment, Pochettino wanted to offer Mauro Icardi his first tenure since January 23, against Reims (4-0).

But the misfortunes of the Argentinian striker continued: injured in the warm-up, he had to give way to Eric Junior Dina Ebimbe.

Icardi will still be champion of France.