Libya .. Dabaiba directs the security services to address the oil crisis, and the dispute continues over the appointment of a new UN envoy

The Prime Minister of the Libyan National Unity Government directed the security and military agencies to take the necessary measures to address the crisis of the closures of the country's oil fields and ports, while disagreements persist in the Security Council over the nomination of a new UN envoy. 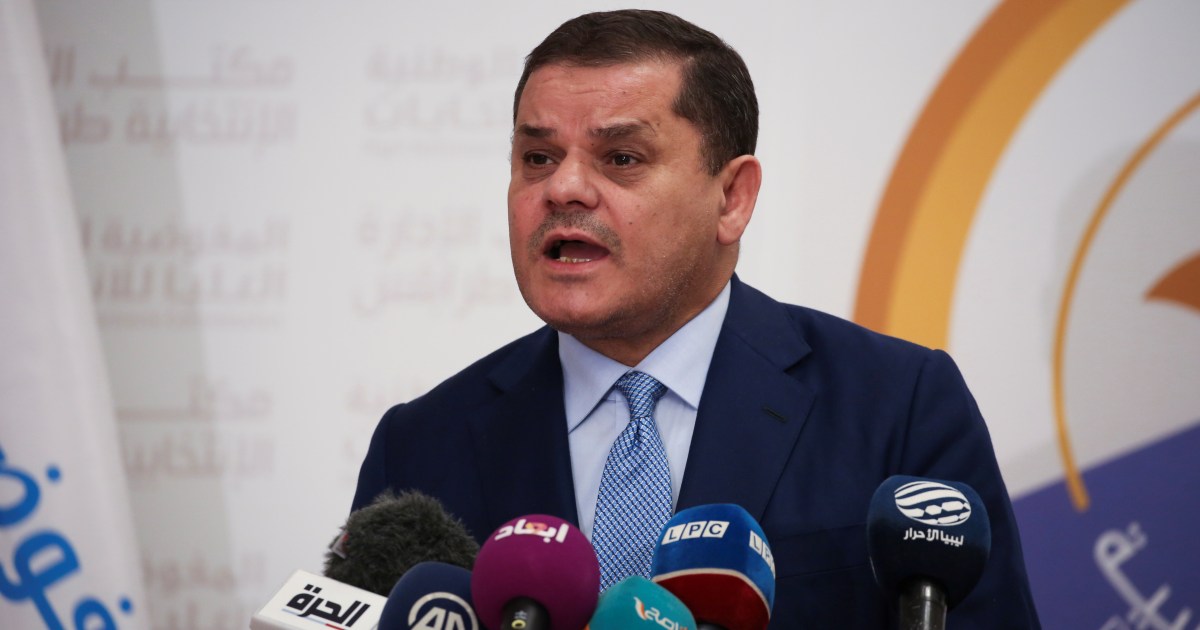 The Prime Minister of the Libyan National Unity Government, Abdel Hamid al-Dabaiba, directed the security and military agencies to take all possible measures to deal with the crisis of the closures of oil fields and ports in the country, while differences persist in the UN Security Council over the nomination of a new envoy to Libya.

At the cabinet meeting of the National Unity Government - at dawn today, Al-Dabaiba called on Attorney General Al-Siddiq Al-Sour to open an immediate investigation into the closures that took place in oil ports and fields, and all those involved in them.

The Libyan official said, in the meeting, which was attended by the leaders of the General Intelligence, the General Staff and the Petroleum Facilities Guard, that "the real actor behind this (closing the oil fields and ports) is the political class that seeks to extend a new transitional authority, and rejects the elections."

Dabaiba added, "When that political class failed in that extension, they stopped the oil in order to continue humiliating the people, and to impose a fait accompli by blackmail."

In the past three days, Libya witnessed a wave of closures of oil fields and ports by some forces in the south, center, southwest and east, and these forces demanded in video statements that the Dabaiba government hand over power to the government mandated by Parliament headed by Fathi Bashagha.

The Libyan National Oil Corporation declared force majeure in the El Feel and El Sharara oil fields, while a similar measure included the Zueitina and Brega ports over the past three days, and the Libyan state relies heavily on oil revenues to finance its expenditures.

The oil crisis comes in addition to the political crisis that the country is experiencing following the failure to organize presidential elections at the end of last year, as a result of differences between the main political institutions over election laws and the role of the judiciary in voting. From Dabaiba, who refuses to hand over power except to a government that comes according to a new elected parliament.

In this context, the High National Elections Commission in Libya said on Tuesday that it has overcome all difficulties and is ready to conduct the electoral race when the constitutional base is ready.

This statement came during a meeting of the Prime Minister of the Government of National Unity, Dabaiba, and a number of his ministers, with the Head of the Commission, Imad al-Sayeh, in the capital, Tripoli.

On the fourth of last March, the UN mission in Libya announced an initiative to form a joint committee from the House of Representatives in Tobruk and the Supreme Council of State to lay down a constitutional basis that would lead the country to elections.

On the other hand, the UN Security Council held a closed meeting yesterday, Tuesday, to discuss the Libyan file and the role of the United Nations in the country, as differences still exist between the members of the Council regarding the appointment of a new UN envoy to this country, as the mission of the United Nations political mission in Libya ends on April 30 / current nissan.

Since the resignation of the UN envoy to Libya, Jan Kubis, from his position in November 2021, the Security Council has witnessed disagreements on a number of issues in Libya, so the mission of the United Nations mission was not extended in September for more than 4 months, and then it was extended in January The second is only 3 months old.

A diplomat, who asked not to be identified, said that Rosemary DiCarlo, assistant secretary-general for political affairs, stressed in a meeting on Tuesday the importance of extending the UN mission for a year.

Since last November, the Secretary-General of the United Nations, Antonio Guterres, has not submitted to the Security Council the names of personalities who could take over the task to succeed Kubis, but he appointed a special advisor for this file, the American diplomat Stephanie Williams, and her mission initially ends at the end of this month.